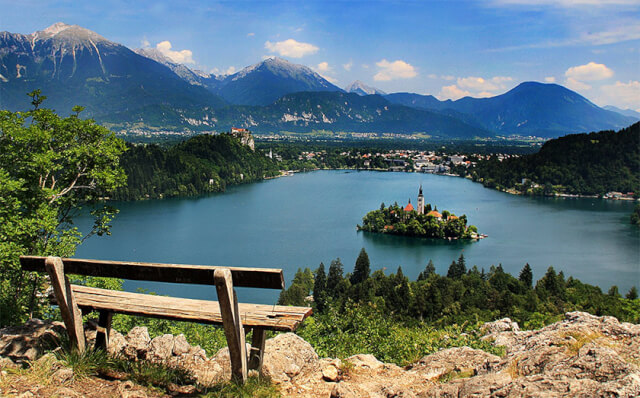 Slovenia may appear like a tiny country sandwiched between stronger nations from all directions, but speaking of the beauty it holds, there’re no rivals. Throughout my 4-day travel there and exploring places like Metelkova Ljubljana’s graffiti street art area, I was amazed by Slovenia’s diversity, and the experiences it had to offer.

From serene lakes to gigantic cave parks to medieval towns — Slovenia has something for everyone, and so does its capital town (read this Ljubljana travel blog to get a better idea regarding diversity).

But out of all the places of interest three highlights that complete your visit to Slovenia are a day trip from Ljubljana to Lake Bled Castle, Postojna Cave, and Predjama Castle.

Located at only an hour’s drive from Ljubljana, it is fairly easy to explore all three highlights in one day, given you have your own vehicle because Lake Bled is located in the opposite direction than Postojna Cave and Predjama Castle.

If you check the following map you will see that Lake Bled is located in an absolutely opposite direction from the other two. This makes it a little hard to explore all three in a day using public transport.

Hence, a day trip or a group tour from Ljubljana to Lake Bled Castle and to Postojna Cave and Predjama Castle is the only option (other than hiring a car and doing it yourself) if you want to do them all in a day.

First Half Of The Day: Ljubljana to Lake Bled

Lake Bled is one of the most popular places to visit in Slovenia and is unarguably one of the most charming too. And in a country, so breathtakingly beautiful, that really is saying a lot!

The journey from Ljubljana to Lake Bled castle takes nearly 30-45 minutes and only requires you to follow a straight highway. Surrounded by lush green mountains, with periodic snow-capped ones, highways in Slovenia turned out to be the most picturesque that I had seen in any other part of Europe (alright, Switzerland was an exception, particularly this scenic ride in Switzerland).

Located in the North West of Slovenia, on the edge of the Triglav National Park, Lake Bled is the only natural island in Slovenia. But that’s not its original charm. The original charm, however, was the beauty so dramatic and unrealistic in its appearance that it reminds you of the Disney movies you have grown up watching. 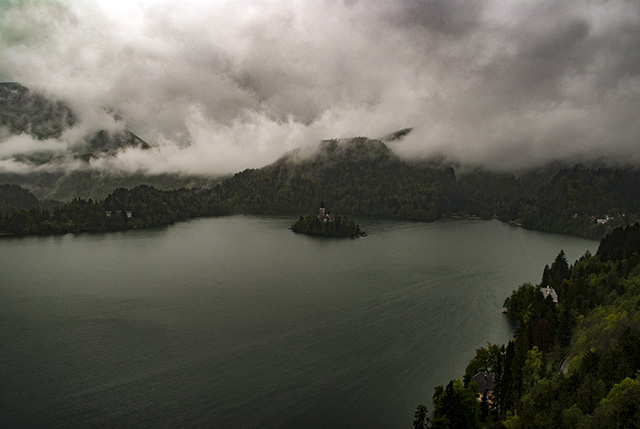 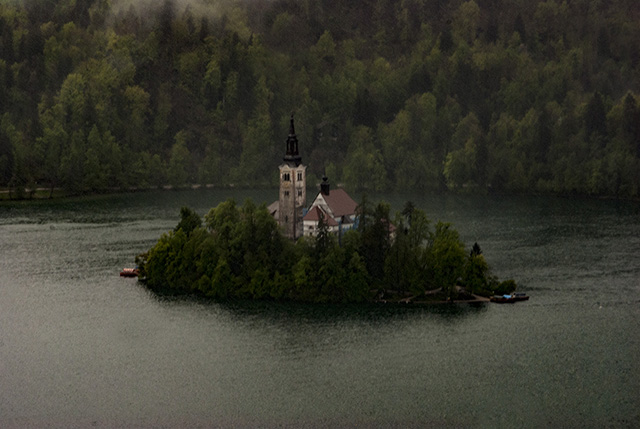 Speaking of unrealistic beauty, picture this: A fairytale medieval castle with a Roman-style tower, overlooking a serene lake, which sometimes appears green, and sometimes blue. (speaking of the fairy tale, check these Europe photos images for more such fairytale-like images).

Almost in the middle floats a small island, home to a church and a couple of al fresco cafés creating an enjoyable ambience.

The lake is moreover so calm and undisturbed that any movement in it is done either by a flap of a duck wing or the dip of a kayak paddle.

It is this boat ride that moreover makes the Ljubljana to Lake Bled castle worth the time, effort and money. 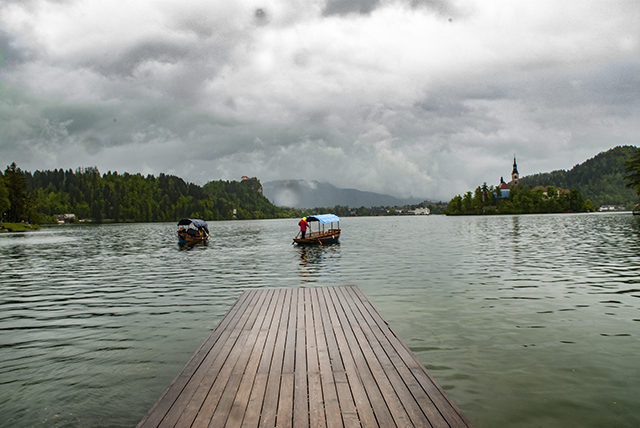 Upon reaching the location, inside the Triglav National Park, we first set off to explore the Bled Castle — one of the oldest establishments in Slovenia, dating back to 1011. Bled Castle was very famous during the 19th century when it was used as a sanatorium founded by Arnold Rikli.

The rich and famous of that day flocked there for body therapies. Today, it’s a popular destination for nature and bliss junkies. 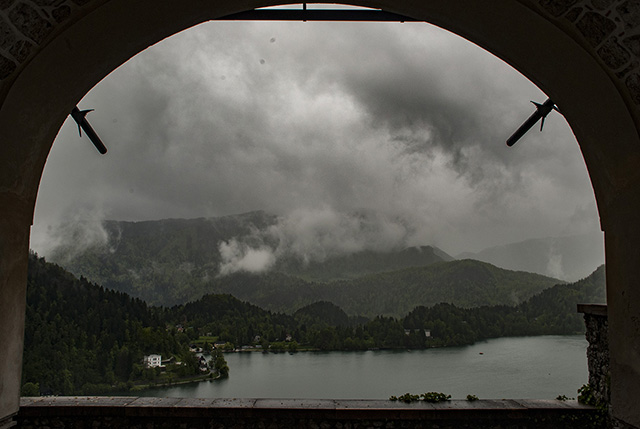 Other than the great views of the lake (that we, unfortunately, missed, due to bad weather) what’s worth visiting the castle is its blacksmith’s shop and a winery, where you can fill your own wine bottle, seal and decorate it, and even get a certificate.

The castle also holds a publishing house depicting how Slovenia got its first few letters printed back in the 16th century. 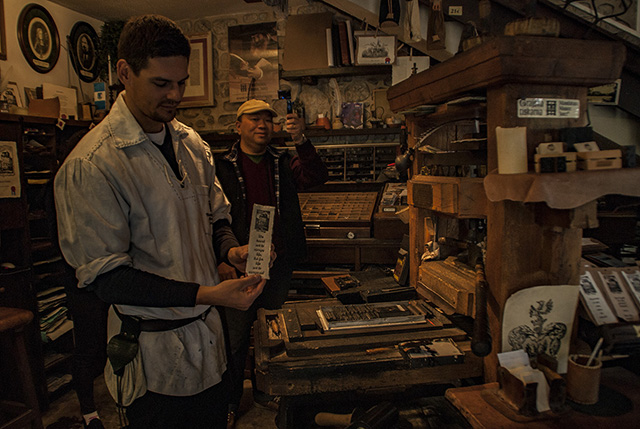 As we finished the castle visit, next on the list was a hand manoeuvred boat ride to Bled island and back.

The second half of the day required us to return to Ljubljana (from Lake Bled castle) and then drive south. First is the Predjama castle.

Built into the rock itself, the white walls of Predjama Castle feel like a stark statement on the surrounding landscape.

Its romantic appeal is further emphasized by the idyllic River Lokva, which disappears into the underground world deep down below the castle. It was, by far, the most interesting piece of architecture I have seen in Europe. No Vatican city tour and no Vienna pictures can give you the kind of beauty that a Ljubljana to Predjama castle trip can.

Today, Predjama castle might just be a spectacular tourist site and one of Slovenia’s many photogenic vantage points, but centuries ago, it served as an impenetrable fortress. 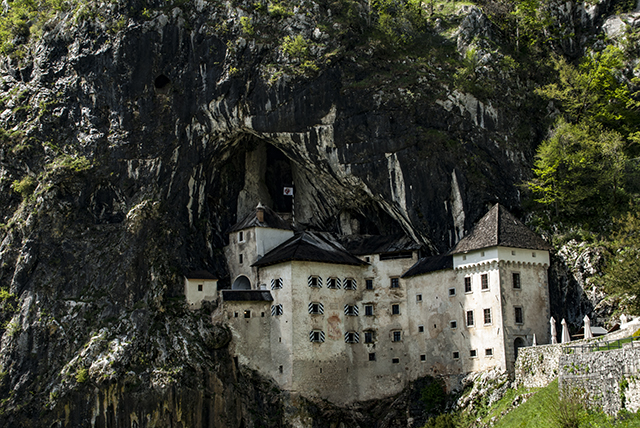 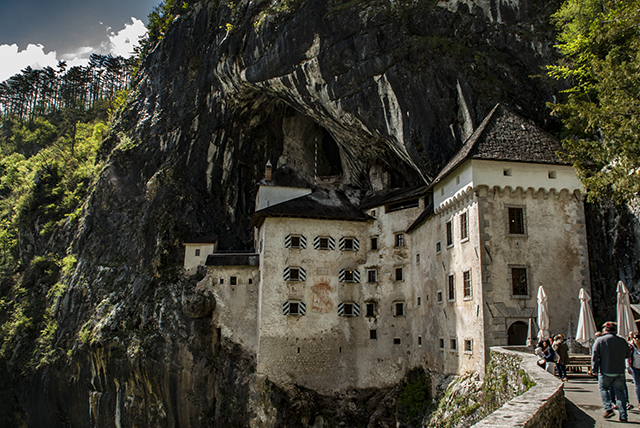 Built upon the foundations of the original medieval castle, the whitewashed walls we see today were put in place sometime around the 16th century. But the castle received a makeover a few centuries later, after being destroyed in a siege. As you wander through its drafty passages, you feel a place echoing with ghosts and memories. 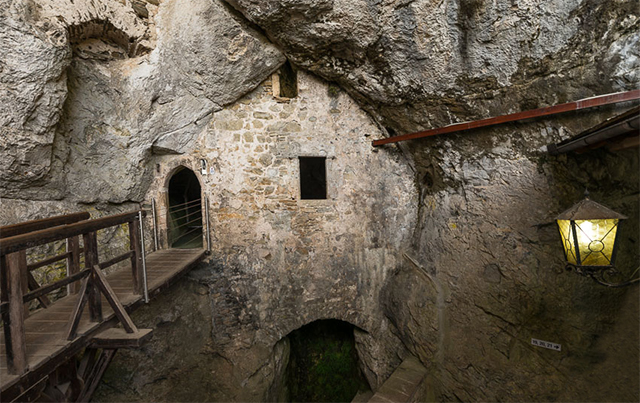 With a continuous feed of information, our guide led us to the top of the castle and through a network of bare rooms, while pausing at a corridor where the natural rock met the Renaissance façade.

We were told about the many famous castle inhabitants, but among all, the story of knight Erazem of Predjama, who rebelled against the imperial autocracy in the 15th century was most fascinating. Nowadays Erazem is the main protagonist of numerous legends, which on the one hand glorify him as a passionate, handsome and noble knight, but also describe him as a bandit and a robber (the Robin Hood with a twist) on the other.

It took almost an hour to finish our tour of Predjama castle, before starting with the highlight of the day — the cave park of Postojna!

Though I’ve been to a few caves in my life, and have walked, swam and even paddled a canoe inside them, and they were all pretty impressive, Postojna Cave turned out to be most compelling. After all, the Postojna cave is one of the world’s largest karst monuments and one of the largest cave parks in Europe. 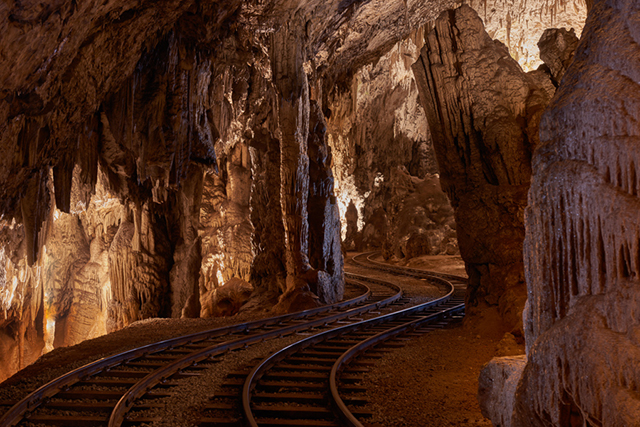 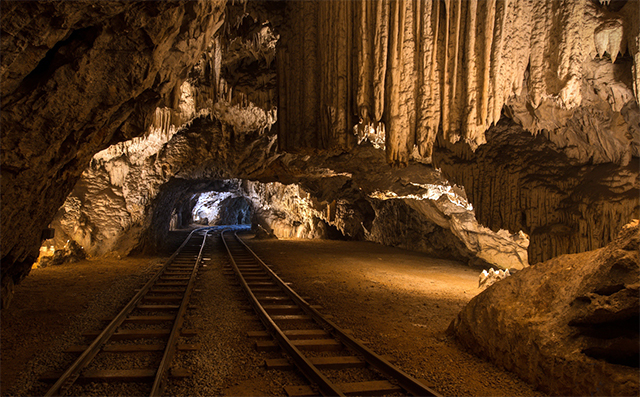 With its 21 km of passages (yes you read that correctly, 21 km it was!) galleries and magnificent halls, Postojna Cave offers a unique experience of the underground world. The guided tour, which is offered in 15 different languages, takes about an hour and a half to finish, with two 20-minute train rides inside the cave and a half an hour’s walk. 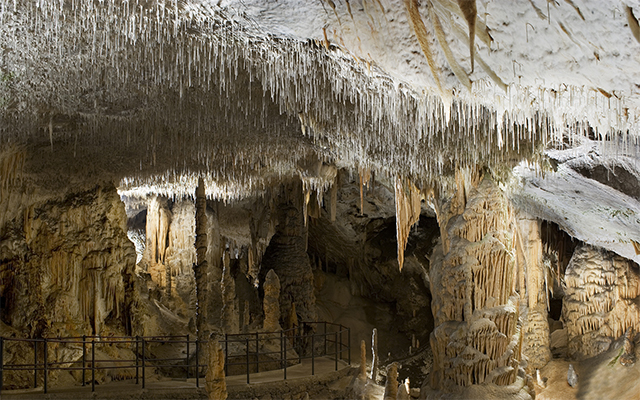 The first signature of the Postojna cave dates back to the 13th century, but it was only after the 19th century that any modification in the cave was done.

In 1899 the world’s first underground postal office was operated here inside Postojna Cave. Today, it is Slovenia’s biggest tourist attraction that has welcomed over 37 million people so far, and counting!

Know what is my second favourite day trip in Europe? Bohemian And Saxon Switzerland Park trip.