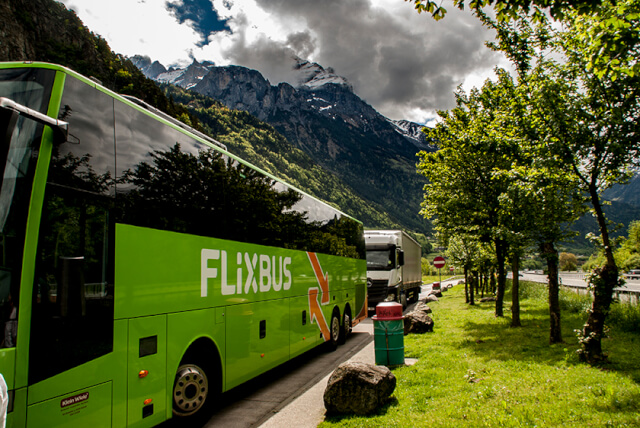 It was undoubtedly clear that as soon as the bus escaped Italy and entered into the Swiss territory the journey became far more surreal. The majestic Swiss Alps, perfectly beautified with an unbroken chain of white glaciers, crystal blue lakes and the many quaint villages – as I happened to explore during a cheap 25 Euro Flixbus journey – offered no less than million-dollar views.

I was travelling from Milan to Basel to spend my last weekend in Europe, before flying back to Delhi, and it couldn’t start any better. I mean there is no denying the fact that Switzerland offers the beauty unparalleled, on any road trip, taken in any direction, but this 300-km long stretch, even though I had nothing more than a window seat on a public bus, felt no less spellbinding.

(PS: Milan to Basel route was even better than Zurich-Lucern-Engelberg, as I explored during a day trip to Mount Titlis from Zurich)

A Scenic Bus Ride In Switzerland: What To Expect

The first two hours, as we escaped Italy were perhaps the most boring, but as we advanced deeper into Switzerland, the difference in the landscape became fairly visible. For the next 4 hours or so, the route took us through some shimmering lakes, rivers, and fields so green that you’ll think someone has accidentally upped the saturation. A few snow-capped mountains always remained intact in the background. Here’re a couple of (poor) shots I took from the moving bus window… 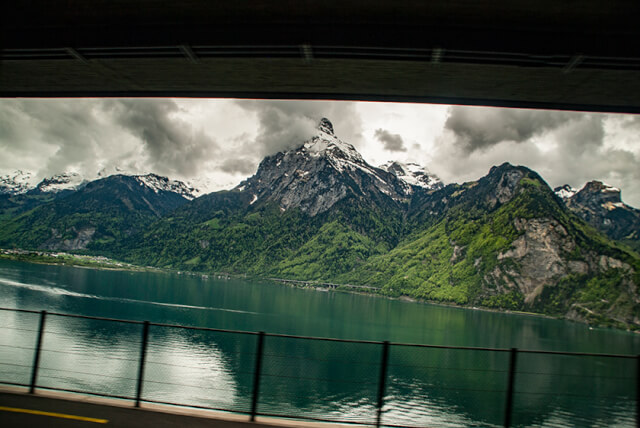 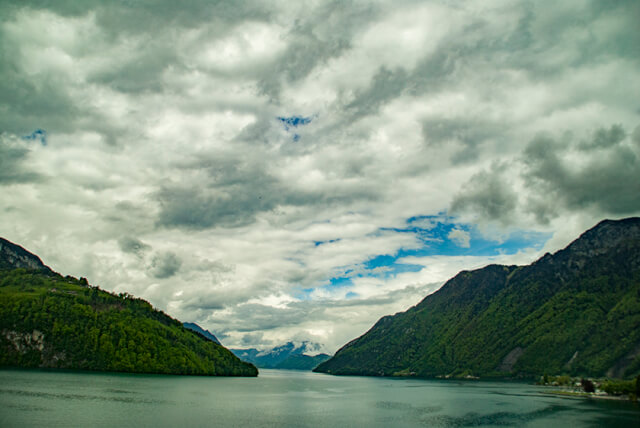 You can take the route in either direction, but traveling from south to north is the perfect way to go, as you travel from a less beautiful to more beautiful scenery.

Starting from Milan, we entered into Switzerland from its southernmost town of Chiasso. But before we knew it, we were already zipping along the shores of a few unnamed lakes, chasing down dramatic snow-capped peaks in the distance.

When the peaks became a less-distant reality and started rising up, the bus continued along an impossibly tight valley and slowly gained altitude – which offered dramatic views of the small towns below. Quaint Swiss villages, ski resorts, and emerald green forests blurred past the windows, for hours on end.

We even made a coffee break somewhere on the way, and I couldn’t stop myself from capturing that beautiful green thing that carried us here. 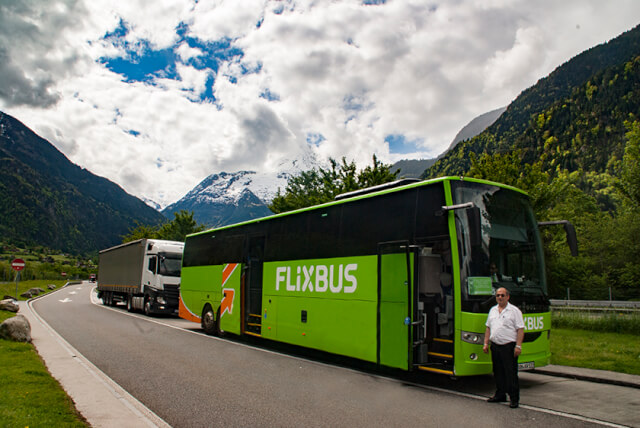 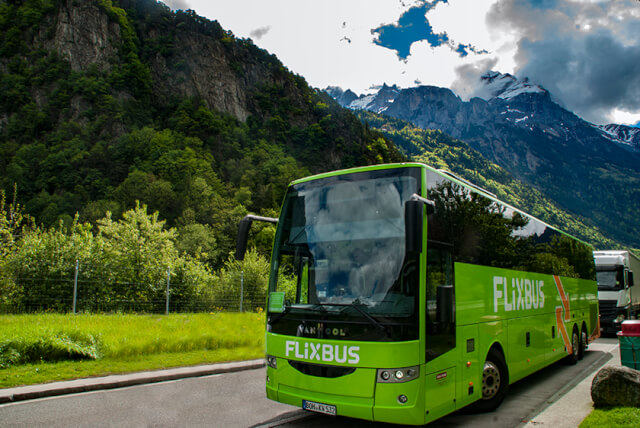 For a traveller, it’s important to understand that by taking a bus (or a train) the journey itself becomes more interesting, romantic, adventurous, and an integral part of their travel experiences. Because sometimes, it’s not just about ‘getting there’ but the scenic route is worth the wait. So take it slow and take it all in.

And when you’re in Switzerland, such an idea becomes more valid, for Switzerland is a beautiful destination and has been always known for its dramatic landscapes and unrealistically romantic countryside. 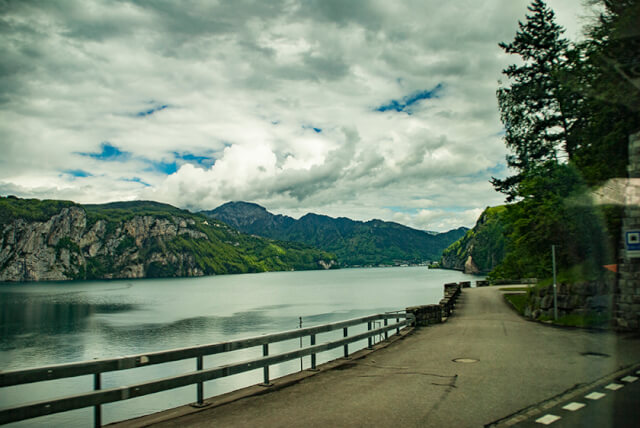 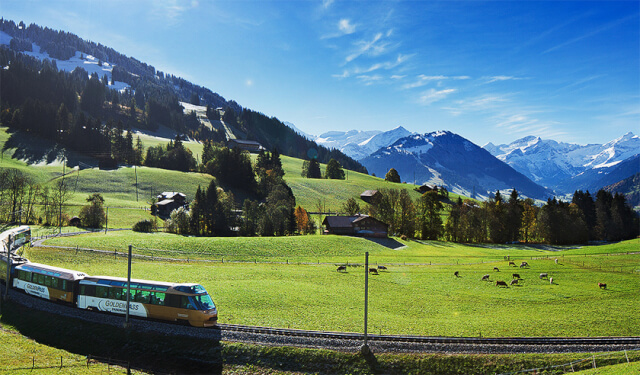 During my entire 2 months in Europe, I travelled on buses more than in trains, and this was for one big reason, buses were cheaper. Often, way cheaper than trains. Where a train ride would cost me 50 Euros, the bus cost 30 Euros, or sometimes even less. And I personally found them just as comfortable. Taking buses is moreover a great way to budget travel in Europe.

Though of course a few train rides, especially if you’re travelling inside Germany or France or Switzerland is a no miss (to get experience), if you’re short on cash, and don’t mind spending a few extra hours travelling, then buses can just be your ideal travel companion!

Have you also backpacked across Europe? What was your favorite journey? And how did you travel?