A segway tour in Rome is the best way to travel if you are on a limited time. Why? Let’s find out why…

There are many ways to explore a city. Use public transport, try special hop-on/hop-off tourist buses, hire a bicycle and explore, or take a guided walking tour.

But if you’re short on time (just like I was and hence I chose a Segway tour in Rome) and still want to have a similar experience as a walking tour, then what can be your best shot?

In one word: Segway!

Recently while travelling in Italy, I found myself attracted to the idea of doing a segway tour in Rome. While keeping it fun and relaxing, it also helped me explore Rome on a fast track.

For €120, I get a 7-hour tour of Rome’s greatest sights including the Colosseum, Imperial Forum Road, Piazza Venezia, and Trevi Fountain, among others. 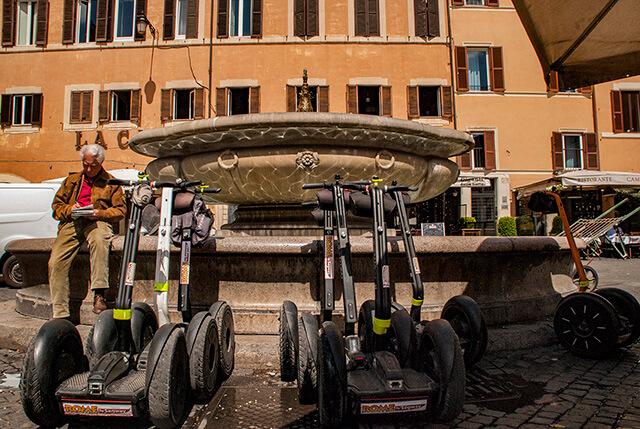 The food I had during the tour included the delicious local lunch of Roman specialities.

Though Roman specialities can never be good in a restaurant, and my 15-day experience of living with a Roman family in the heart of Lazio, validated that statement, it was still a good experience.

Now let’s discuss it in detail…

Our Segway tour started at 9:30 in the morning, with 7 tour participants and a guide. With a quick self-introduction, we started off with a 30-minute training session, because of course, there is a certain degree of apprehension required among first-time users.

But it turned out that learning the Segway technology was perhaps the easiest thing I’ve ever done in life.

The instructions were moreover unimaginably simple: Lean slightly forward to advance. Lean on your heels to reverse. Pull back slightly to slow down. Rest the Segway against a stable structure to get on and off the platform. Within moments all the seven participants were chasing and racing with each other, looping figure eights, feeling like pros.

And off we began with our segway tour in Rome!

PS: If you’re in Rome and are not licensed to drive anything that has a motor attached to it a Segway tour is your way to make it to the Roman roads. It is also, however, a good idea to hire a bike or a car and drive around since the city is big. Read my car hire tips for Europe if you are going to hire a car. I suggest you read my Europe budget travel tips as Rome is quite an expensive destination. I found Rome more expensive than Vienna or Munich or Frankfurt. If you are travelling from India, you may be interested in reading how to plan a Europe trip from India or some tips for a Schengen visa for Indians. 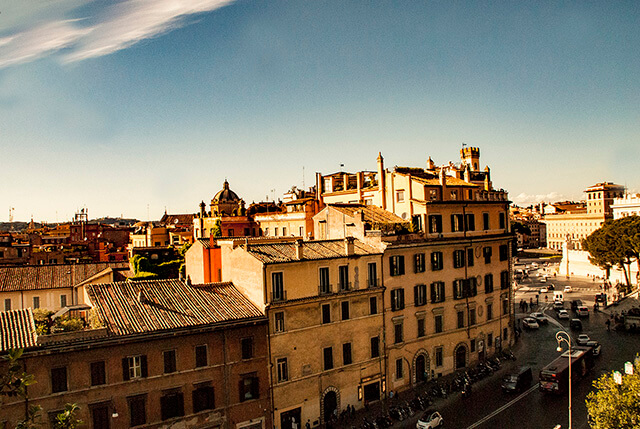 The 7-hour tour was divided into two equal halves, a 3-hour ride in the morning and a 3-hour ride after noon. And in between, when the sun was intense: a relaxing lunch.

The first destination during the first half of the Segway tour in Rome took us to the historic site of the Circus Maximus, located right between the Palatine and Aventine hills.

Once a track for chariot races and gladiator fights, Circus Maximus is now a massive public park. We paraded down its long stretch, on our Segways, almost getting back in time, feeling what it could be to race a chariot at ancient Rome’s — and perhaps the world’s — largest sports stadium.

The Pantheon, Trevi Fountain, the elegant Spanish Steps, the magnificent Imperial Forum Road, and the ever-impressive Roman Colosseum, among other places, were a few more highlights of the day.

We even explored a few open markets during our Rome Segway tour. 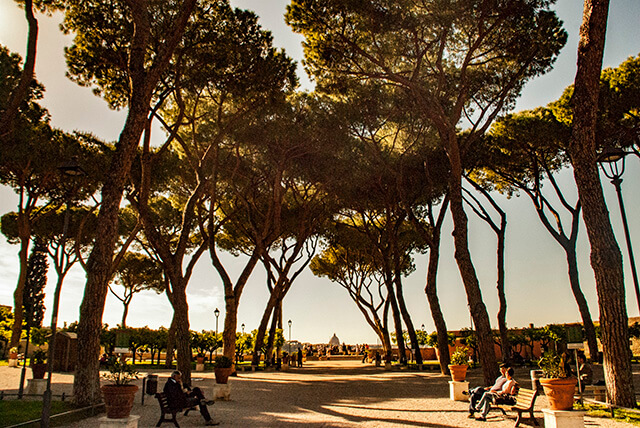 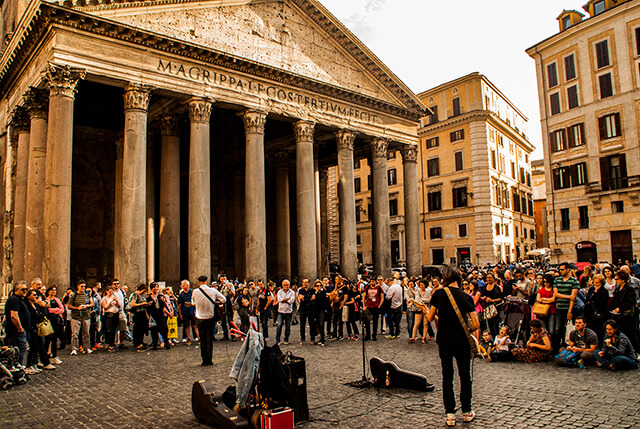 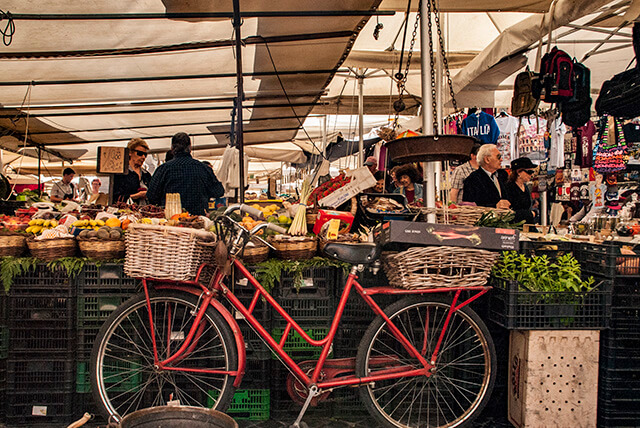 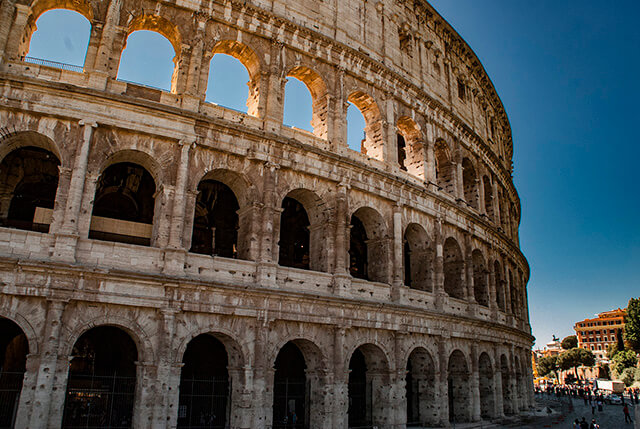 I think what makes Rome a beautiful place to visit is how it looks different every time you see it. It has a different feeling, a very different charm during the day, and a total opposite of it, and perhaps far more appealing, during the evening.

As we resumed the tour after lunch and revisited a few attractions that we saw in the morning, including The Imperial Forum Road and the Colosseum, I was literally left amazed realizing how different they looked now than they did in the morning. The entire town had a different energy to it. 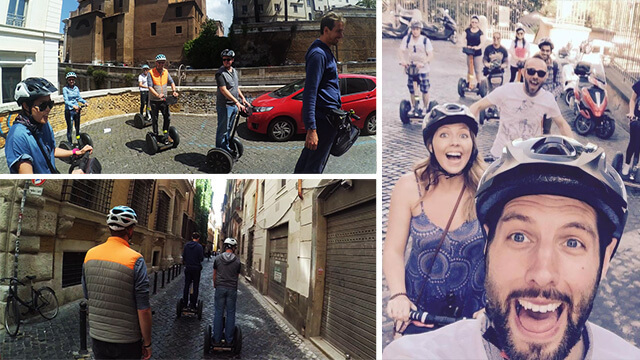 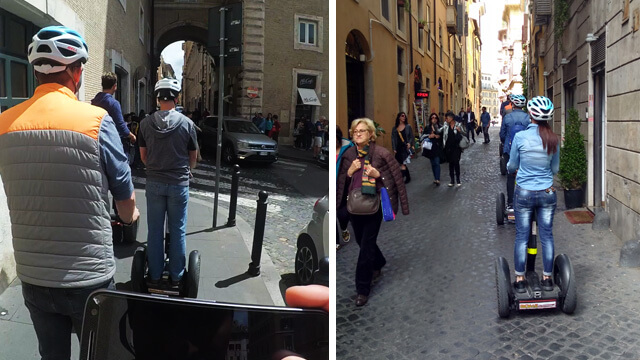 Why Explore Rome On Segway?

My decision to go for a Segway tour in Rome was purely based on curiosity. I wanted to try a segway. Also, I was struggling with a bit of a lack of time.

Though I was staying in Rome for almost two weeks, I still wanted to familiarize myself with the city in just one day, and then explore it later on my own. So, if you too are restricted with time, a guided Segway tour can be a great way to explore all the tourist highlights in Rome. Get an overview of the city on a fast track and then explore the rest, independently, as it suits you.

Moreover, a comfy ride on a Segway can save you from the brutal summer heat in Rome. Other highlights of this Segway Tour include a round outside of the Vatican City, the Borghese Gallery, and more.

Have you ever tried a Segway tour in Rome or some other place in Europe? How was the experience?