First things first: I was not sponsored to review workaway, which you may otherwise feel once you start reading this blog post, but what can I do if my volunteering stay turned out to be so great? Moreover, the fact that I had a great volunteering experience and that I encourage the idea of Workaway-ing, are not linked.

In case you’re wondering what’s workaway… Workaway.info is a website where you can find volunteer positions in tourism, agriculture or as an au-pair anywhere in the world, and where potential hosts can hire you.

You start by creating an account. All you have to do is sign-up, pay the fee for one year ($29 for a single person, $38 for a couple or two friends), and create a profile. Once it’s done, you can start contacting businesses or local hosts based on countries, cities, and/or types of work.

The general gist in each location is that you get room and board in exchange for 5 hours of work a day. It is a great way to travel the world without spending much money, or for free. 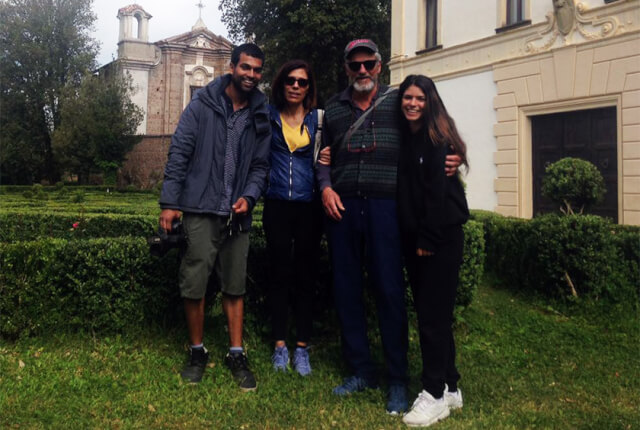 The only problem is, however, you never know what kind of host you end up working for. I mean, of course, you contact them first, call or message them, ask your doubts, and read other workawayers’ feedback on their profile, but you still never know what’s coming, right?

Speaking of my workaway experience in Germany, I worked more than 5 hours a day. And the work was also quite challenging. I was painting, driving a digger, and transporting wood logs away.

But I was in Germany, following a German lifestyle. More work, and less play was always a risk. And I’m not saying that it was a bad experience in any way, but just a little physically challenging.

You May also be interested in reading about my volunteer experience in an Observatory in Australia.

And then I ended up volunteering in Rome in Italy, a few weeks after my German experience, and I happened to find the best hosts ever. Or perhaps everyone in Italy was so friendly! 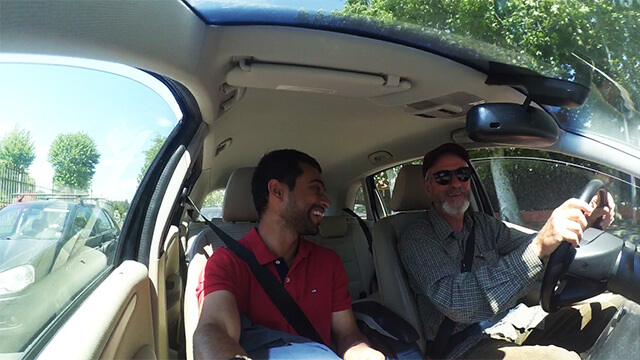 From My Job To What I Actually Did

There were two reasons why I wanted to workaway in Rome in the first place: one, to save money (because Rome can be overwhelmingly expensive) and two, to stay with a local host and understand the city as they knew it. Because when it comes to cities like Rome, it becomes even more crucial to have a local friend — to understand the city from the inside out.

So yea, after deciding to workaway in Rome, I found a family on workaway.info, who was looking for someone to help them restore and clean up their neglected piece of land. 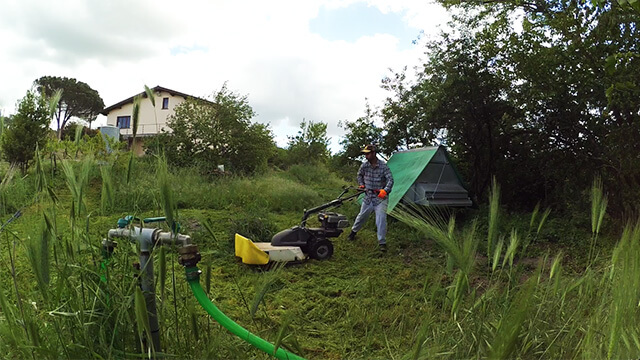 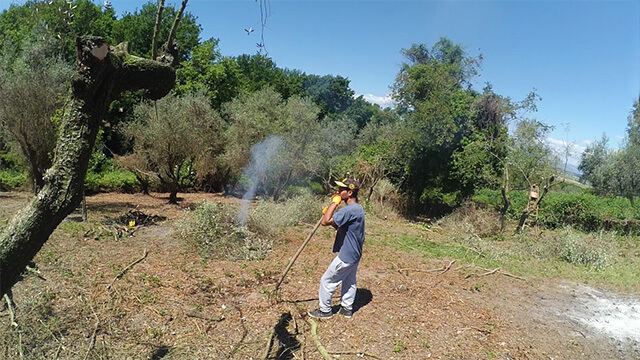 During the time I happened to be there, I helped in burning chopped-off olive trees and cutting the grass around their vineyard. The same vineyard, whose wine I ended up drinking during my stay!

I can’t remember how many days, out of my total 12-day stay did I actually work for them, because there were so many things to see in Rome, and I was requesting them to give me a day off almost every two days to explore the town. But if there’s any detail I remember, it is, I definitely worked less than 5 hours a day. So yea, it felt less like workaway-ing and more like ‘Come, stay with us. Share our dinner table. Eat our food. Drink our wine. And let’s make some memories together.

A Bit More Detail… In Short!

I stayed with a typical Italian family (half-Roman, half-Sardinian) of four members, with my own personal room and complete access to their house — a kind of setting that would make anyone feel at home, despite being away from home.

My host, Fabio, was a tough, middle-aged man, very particular about his food habits. Helplessly driven by healthy eating habits, he wanted to build an eco-system where he could grow, most of their personal food items — from olive oil to wine to vegetables — at home, and in an organic way. And for that, he needed a piece of land cleared for planting.

Every day, I and Fabio would cut the trees and burn their bushes (on their own property of course) to clear up the land. The rest of the three family members would go working in Rome or attend university. 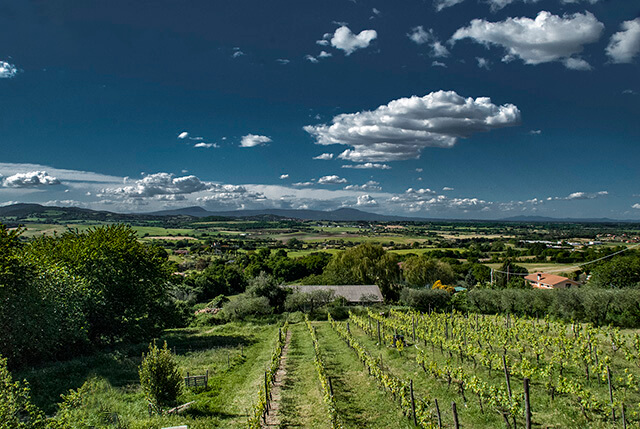 I’d work a few hours in the morning before making it to the dining table for some afternoon pasta, and that’s exactly when my working hours would conclude. Later in the day, I’d relax, read, walk around, play with the dogs, and wait for the other three family members to arrive, to only cook food with them, talk about interesting conversations, and learn about Italian delicacies.

Dinners were, of course, the highlight. And the many half-baked conversations — most of which happened in Italian, and some, in English — made dinners even better.

Of course, dinners, as I said earlier… and all those lovely conversations that followed. But other than dinners, I’ve had a fair share of other memorable moments. 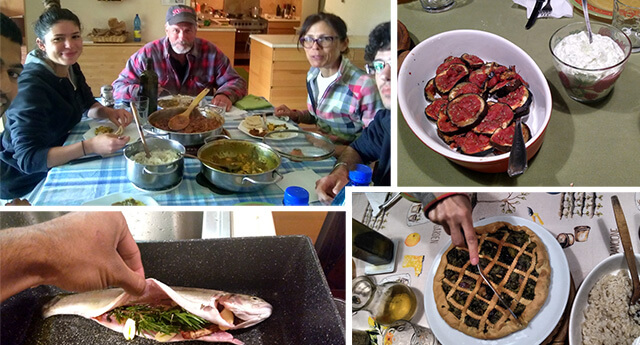 For example, the next day upon my arrival we had a community gathering in the house — with some exotic Italian food served on the table, and white and red wine waiting, in our glasses, to be consumed. It was time for my first-ever Italian culture-shock experience, but it couldn’t be any better.

So far, throughout my travels, I’ve met very few communities as friendly and well-disposed, as Italians. It’s true that I expected them to be easy-going, from what I heard about them, but I wasn’t prepared for such affability.

For the next 12 days, I came across more neighbours and they all were the same. To me, Italians felt more like (a happy bunch of) Indians, with more money, a better house and a lot of wine inside it. 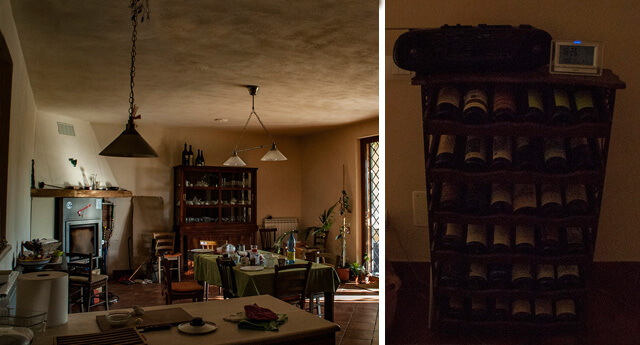 During a few holidays, we also did a few day-trips in and around Rome, including a Sunday visit to the gardens of villa d’este and other UNESCO heritage sites in Tivoli, a lazy Thermal Bath day near Viterbo, and coffee bean roasting lessons in Rome. And they all were great experiences.

Going out shopping together moreover, qualifies as a frequent and regular highlight.

What Workaway-ing In Rome Taught Me About Italians

I think the reason why I ended up workaway-ing twice, in only 2 months in Europe, was because of the kind of cultural exposure I had during my first workaway experience with the German family I stayed with. 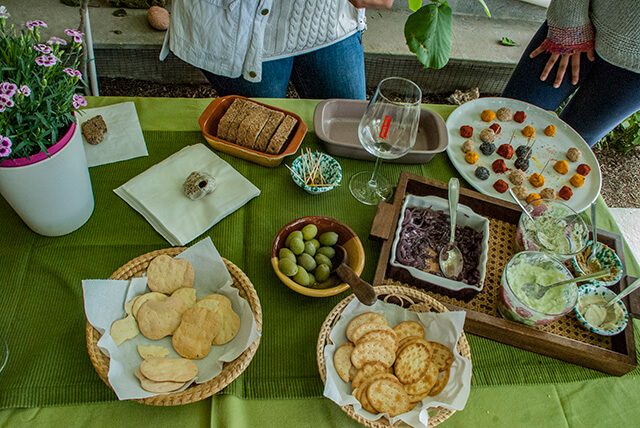 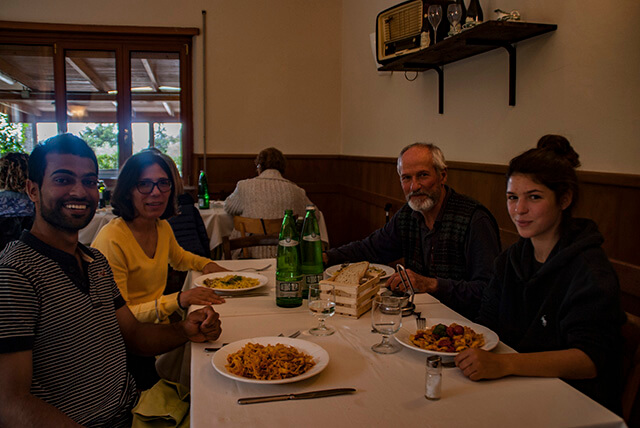 In only a few days I happened to know a German way of life and understood the culture in a way I couldn’t, despite travelling to many other places in the country and meeting dozens of Germans throughout my travels. And the same thing happened in Rome too. I understood Italians much better. Though of course, I still know nearly nothing about their rich culture, a bit of exposure surely helped.

Other than learning about their friendly nature, I found three things about them: One, Italians can be loud. So be louder. Italians are loud and verbose. So be both. Moreover, interruptions during a conversation are only a sign of engagement.

Two, they love long conversations, half of which include humble mentions of food. Speaking of food, except for breakfast (the time when Italians load themselves with sugar and caffeine rush), all other eating ceremonies — that, in English, is known as lunch and dinners — take at least an hour. You leave the dinner table in 50 minutes, and you’ll be considered hungry. Which can also be misjudged by your poor food taste. So always wait for someone else to leave the dinner table first, and then follow. 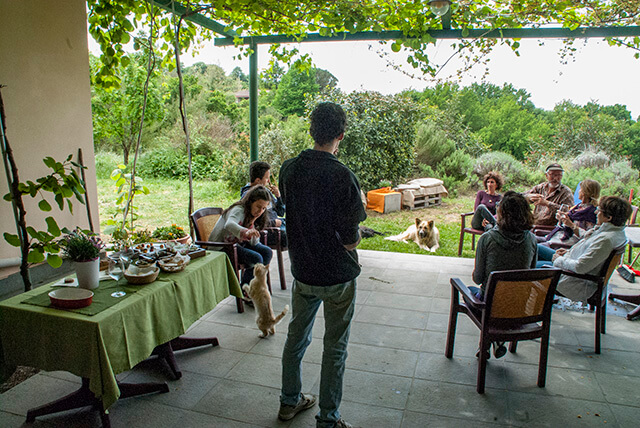 And last but not least, Italians have a fine sense of fashion, so be careful with your wear, particularly with your shoes.

Want to know more about Italians? This article on the Lonely Planet has aptly described the Italian culture and the usual ways of life.