I wrote this article back in July 2017, mentioning how blogging has helped me travel around the world so for —  while doing a fair comparison between ‘how much I invested in starting a travel blog in India vs how much it has helped in return’ (in terms of money I made so far and the total value of the number of sponsored trips I have scored so far).

Other than sponsored travel, I was making somewhere around 20,000 to 50,000 Rupees a month on average (this was in 2017. I started blogging one year ago in 2016). Related Read: How Much Do Travel Bloggers Make In India

Moving ahead (in March 2019) I’ve gained much more out of blogging than what is mentioned in this article.

Having said that, I have written an updated version of how blogging has helped me travel 20+ countries until now while spending almost nothing from my pocket. Read the updated version here: How I’m Fulfilling My Travel Dreams.

If you aspire to be a full-time travel blogger like me, I suggest you to keep reading this article, get a fair idea how a travel blogger (from India) was doing (in terms of finances) after one year of inception. Then read the above-mentioned article(s) and learn how he improved over the years.

Now, let’s get started with the original article I wrote in 2017 on…

From Cost of Running A Travel Blog vs Total Income 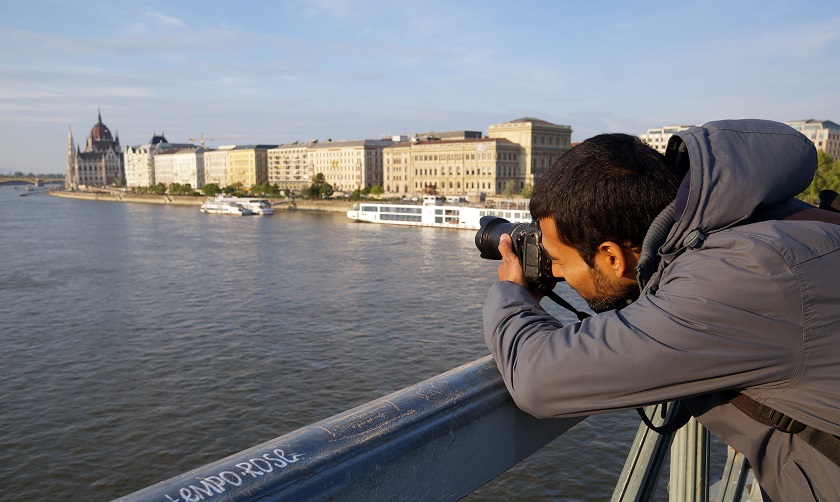 The ideal way of calculating the profitability of any business is by comparing the total effort and money you’ve invested in it with what you’ve gained out of it so far.

It has been more than 1.5 years since I’ve been blogging now, and I think it’s about time I ask myself how profitable blogging has been for me, so far.

During all this time of full-time travelling and blogging, I’ve personally calculated the benefits almost every day, but it would be only unfair if I kept the secret to myself and not shared it with you. Though of course, it’s practically impossible to go back in time and share every tiny detail but I’ll still give you a fair idea.

Since the last six months or so, I’ve been earning up to 50 thousand Indian Rupees a month, from this travel blog. And to do so, I use a mix of different revenue sources — ranging from writing sponsored posts on my blog to running Google Adsense to placing affiliate links.

All this is the direct money this blog generates for me.

Some indirect ways it generates my money, include: giving blogging workshops and charging for it, organizing group tours, and writing freelance for a few prints/online travel magazines.

There’s no denying the fact that if you’ve started travel blogging, and you’re doing it seriously, you’re eventually going to get sponsored trips. I got my first sponsored blogging trip after 3 or 4 months of my blogging stint. And as my blog gained more popularity, and my social media followers increased, free trips only became bigger and more frequent.

If you’re looking for more tips on why they provide travel sponsorship, I have written another blog post on how to find travel blogging sponsorships

For instance, during my recent trip to Europe (in March), I only had to spend between 70 thousand Rupees, including flight costs because everything else was sponsored. I had free dinner coupons at many places, free public transport, prepaid hotels in most of the places — all because I was working with tourism boards from 6 different countries.

If I had to pay for each and every activity I tried in Europe, whether it was a 3-hour 150 Euro (or INR 10,000) VIP tour to Vatican City or a 7-hour 200 Euro Segway Tour in Rome, I would have ended up bleeding at least 10 lakh in Indian Rupees. But since my blog helped me score free tours I only paid 70 thousand Rupees (for Visa and flights etc). Now tell me if you won’t count that as an income?

My travel inside Europe was also sponsored by bus and train companies. Eg, Flixbus gave me 12 coupons.

If you are interested to know more, I have written this detailed article on how I travelled Europe 2 months for 70k Rupees.

Also Read: How To Contact Tourism Boards For Travel Sponsorships.

Cost of Running A Travel Blog

Given that I know a bit of all — from minor WordPress coding to improving SEO, and photoshop-ing as a rookie computer designer — I handle all backend of my website myself. I’ve even built my website — right from its homepage to its coded sidebars — by myself. No outsiders involved, no companies hired. And no, I do not belong to IT or have studied coding, I was a journalism student. I learned how to start a blog in India by watching youtube videos and reading other blogs on the internet. And you can do that too, it’s fairly easy.

But even if I had hired someone, it wouldn’t have cost much, because such a skill is cheaper in India. It’s possible to buy a website domain and hosting for 2 years in about 7,000 Rupees and get your website built from someone in about 3,000 Rupees.

Speaking of myself, I bought a single domain Linux Hosting from Bluehost for about 7000 Rupees for 2 years, I’ve invested in a 70k DSLR, a 30k notebook and a few other things to complete my blogging equipment — and I was technically equipped to compete with any other digital-nomad out there.

And the equipment was just a one-time investment. If you will add the 70,000 and 30,000 Rupees investment and say I’ve paid more than 1 Lakh in buying the equipment and 7,000 in buying the technology for the website, then it will be unfair, because as I said, the equipment was just one-time investment and it’s going to stay with me for a long long time!
So yea, calculating the benefits of running a travel blog, in a nutshell, and putting them in three words, I would say… the benefits are countless. And if you want to travel the world without spending much money from your pocket, you can certainly consider Travel Blogging as a profession.

Got more questions relating travel blogging in India? Or how to find travel sponsors? Write them in the comments below!