Also known as Jana falls, think of it as a cluster of waterfalls and not just one waterfall.

Winter is not the best time to visit waterfalls in the Himalayas, despite knowing the fact, I planned a one-day trip to Jana waterfall in the month of February.

Why so? Because starting in January, and until March, I rented a 2-bhk house in Naggar, with an aim to travel all popular and offbeat travel destinations near Manali. Falling on the list was the popular Jana waterfall too.

For most people, as they plan a day trip from Manali to Jana waterfall, the total distance remains 35km with the total drive time being one and a half hour. The route goes via the town of Naggar. From Naggar, it is about 12km.

The most scenic part of the journey, moreover, starts from Naggar.

If you are travelling from Manali, I recommend you start early and stop by at Naggar Castle. It is worth a half an hour stroll inside the Naggar Castle before continuing to Jana Falls.

As mentioned above, it is from the town of Naggar that the best of the best version of the drive begins, forcing travellers to stop by at a few places and click photos. 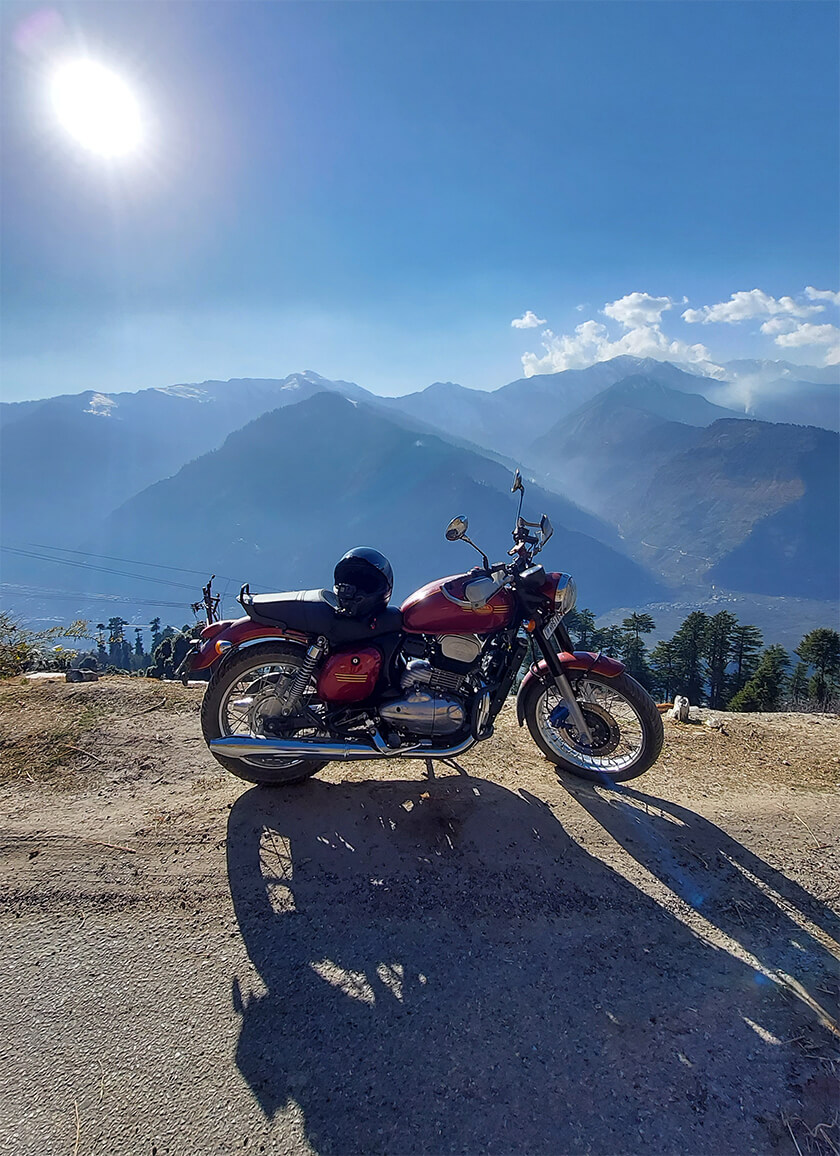 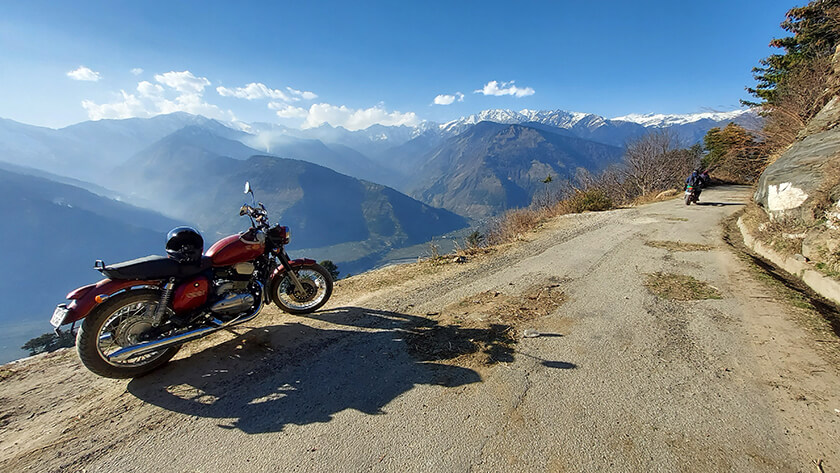 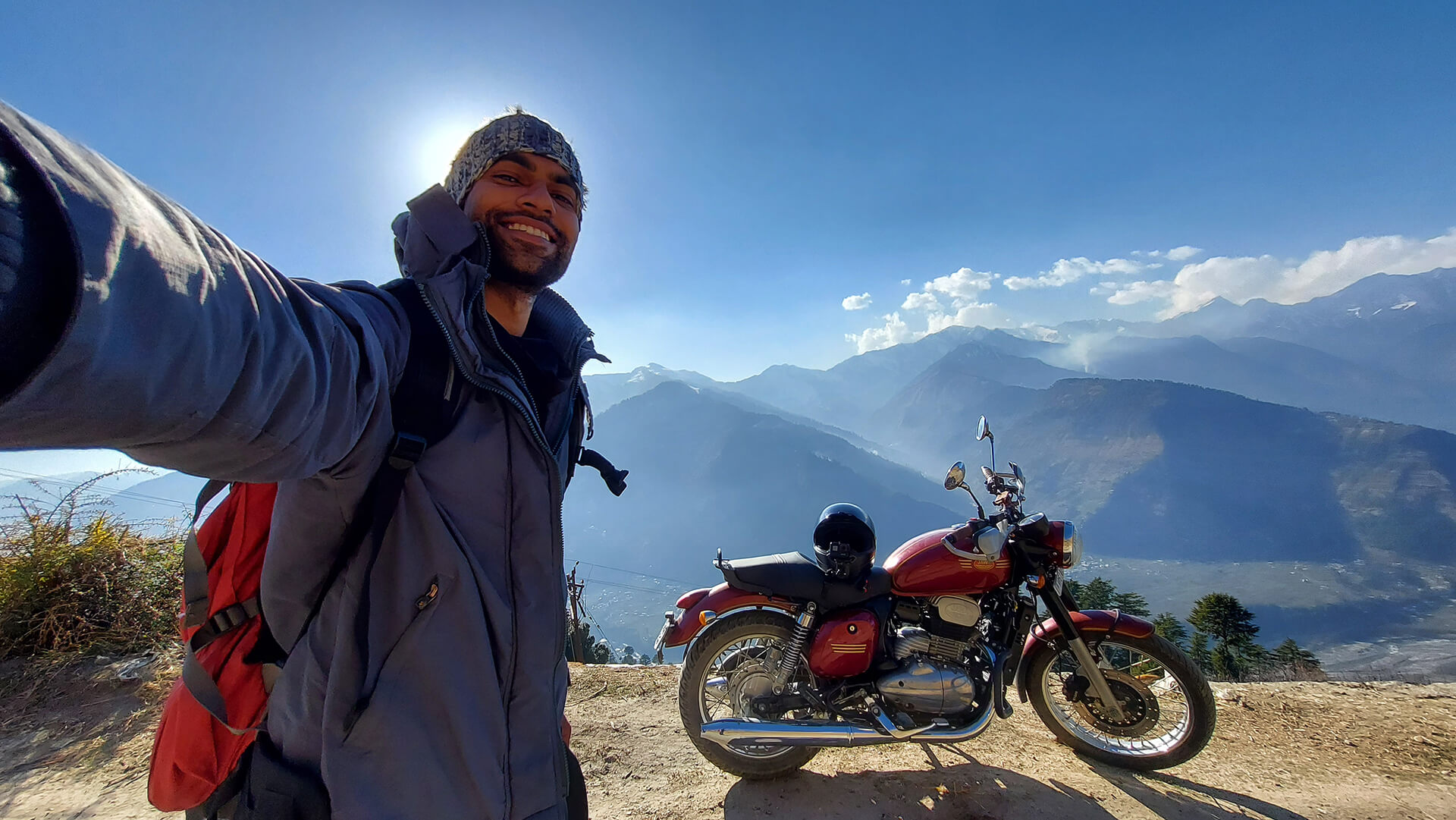 There is a single lane road (from Naggar) for the waterfall which ends towards Bijli Mahadev Temple, that remains another popular tourist places in Himachal Pradesh. According to reports, the Shiva lingam in Bijli Mahadev temple gets mysteriously hit by lightning bolts every year, and hence the name. In Hindi, lightening is called Bijli.

The road to the temple remains quite bad throughout the year, so 4×4 vehicles are only recommended. It is possible to hire a Gypsy from Manali or in Naggar. Again, the 30km road from Jana waterfall to Bijli Mahadev temple is quite a drive, surrounded by beautiful pine trees and oak forest. 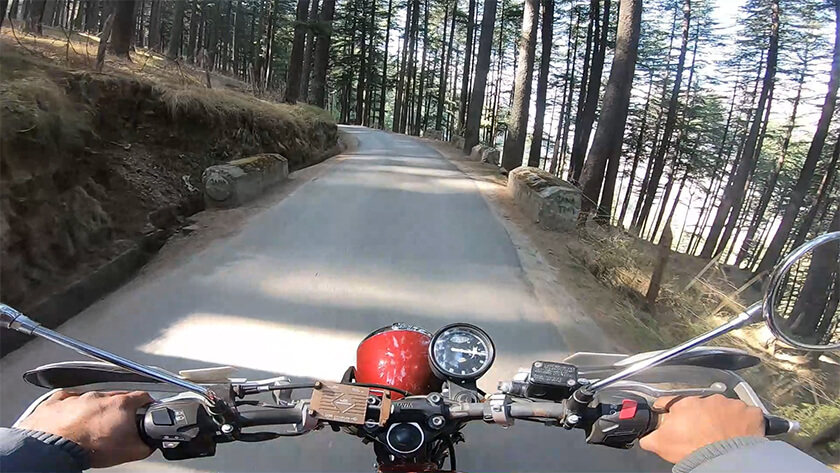 Surrounded by pine trees, deodar trees and apple orchards, Jana waterfall is quite a charming picnic spot – if only visited during the right time of the year!

During winter, the fall has very less water in it, making it look more like a stream and less like a waterfall. The months of April, May & June will have too many tourists around (given, it’s peak tourist season) making it not much of a pleasant experience.

Having said that, the months of monsoon until the beginning of winter, i.e between July and October will be the best time to visit Jana waterfall. It is during the said 4 months that you will find the waterfalls across the Himalayas the most ferocious, hence more picturesque. 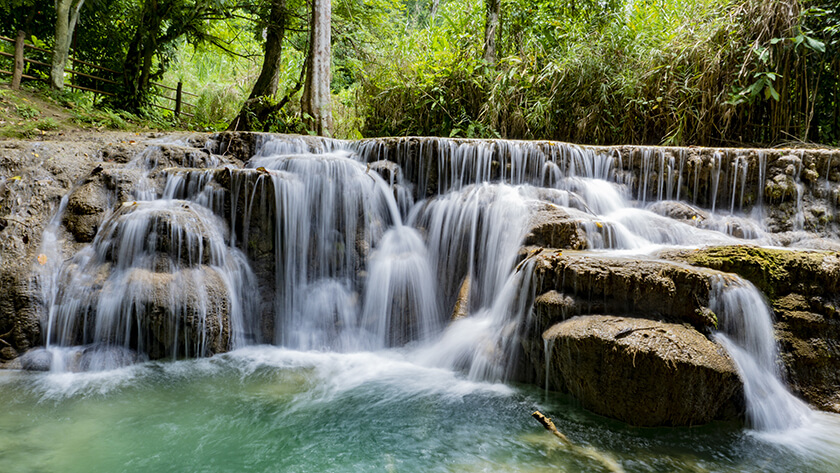 The waterfall’s source of water remains hidden within the mountains. The destination looks more adorable due to the presence of a few wooden bridges (that you will see on Google Images) should you search for Jana Waterfall.

During summer it is possible to bathe in the water or swim leisurely in one of the several small pools.

Those who love trekking should consider trekking up the hill to get a more beautiful view of the waterfall and the adjoining mountain range.

Other than the waterfall another attraction of the place is organic and delicious local food served here in several dhabas (or call them cafes) near the waterfall. It is a good picnic spot for families and children and a beautiful place away from the hustle and bustle of Manali (not in May & June). 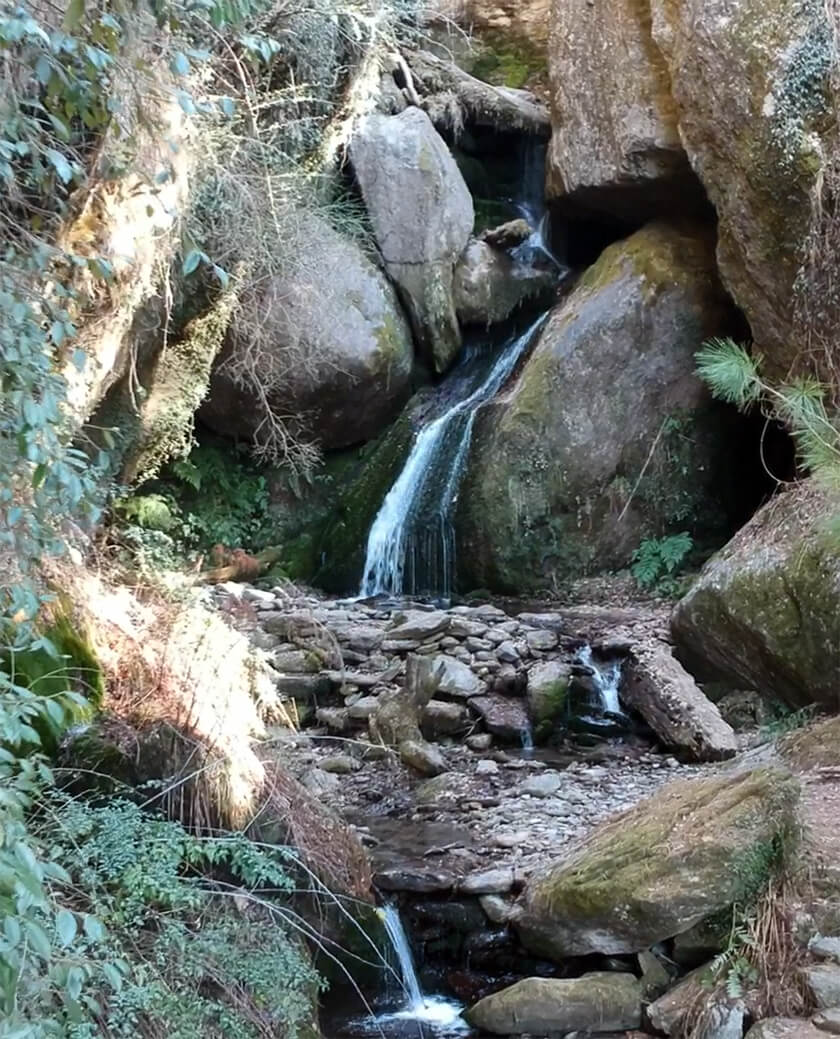 During winter, most riverside cafes were closed because of the rare movement of tourists. It is possible to order Siddu; a thali with rare red rice, locally known as Jatu Chawal; and other delicacies. 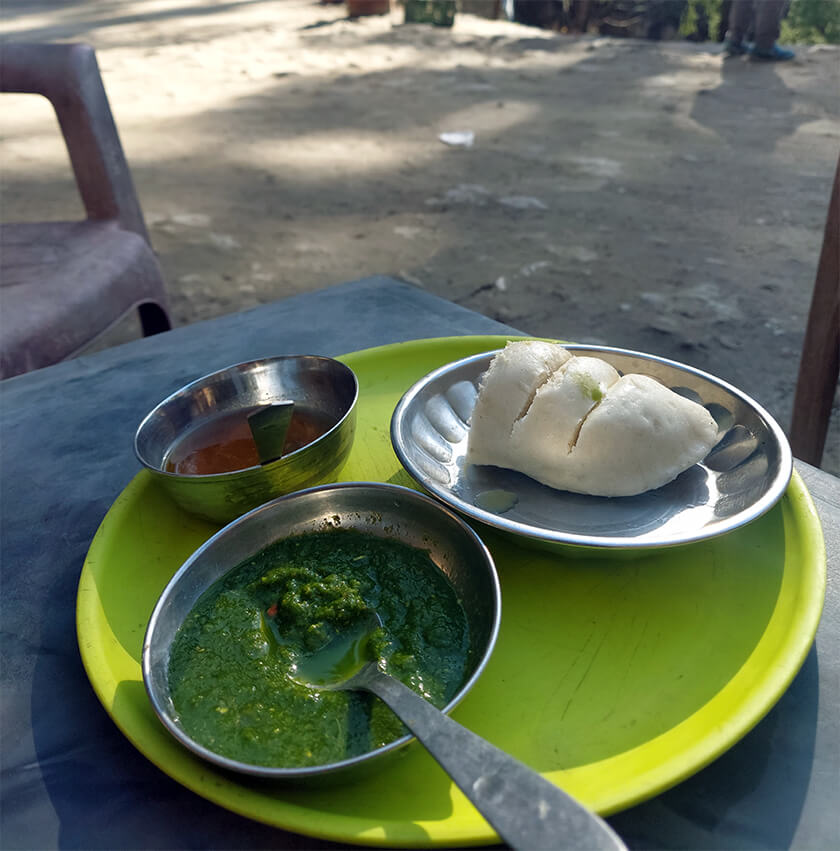 About 1 km before the falls lies Jana village. Not many people stop by the village but I hardly recommend you do so. With a population of over 1300 people and about 400 houses, it is one of the biggest villages in the entire Kullu district. 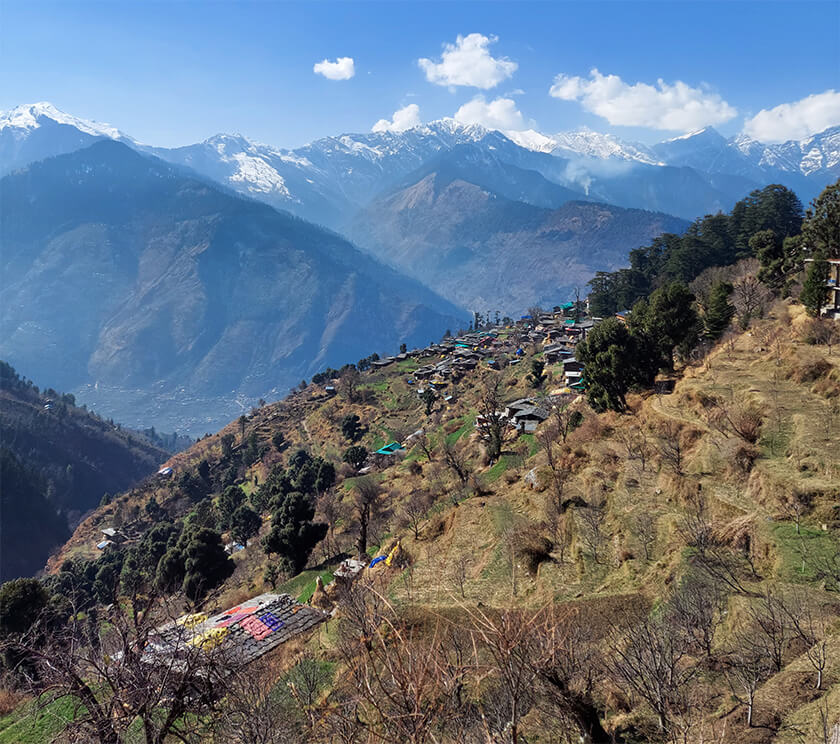 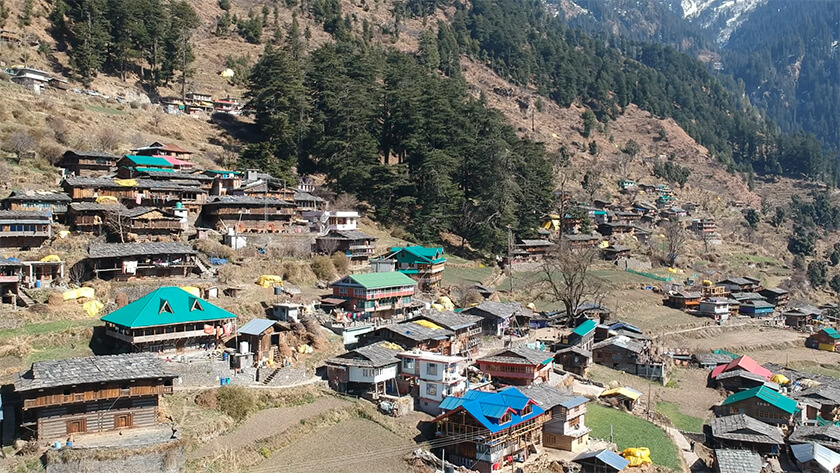 From Jana village, you will get sweeping views of the adjoining Kullu Valley. In winter, the surrounding mountains will be covered under the snow, making it look no less of a fairytale (check the drone footage in the video shared above).

A REQUEST: Most eateries around Jana waterfall have been serving beer to tourists with none of them actually bringing back the empty bottles, leading to almost 100 percent of the empty bottles adding to the waste. 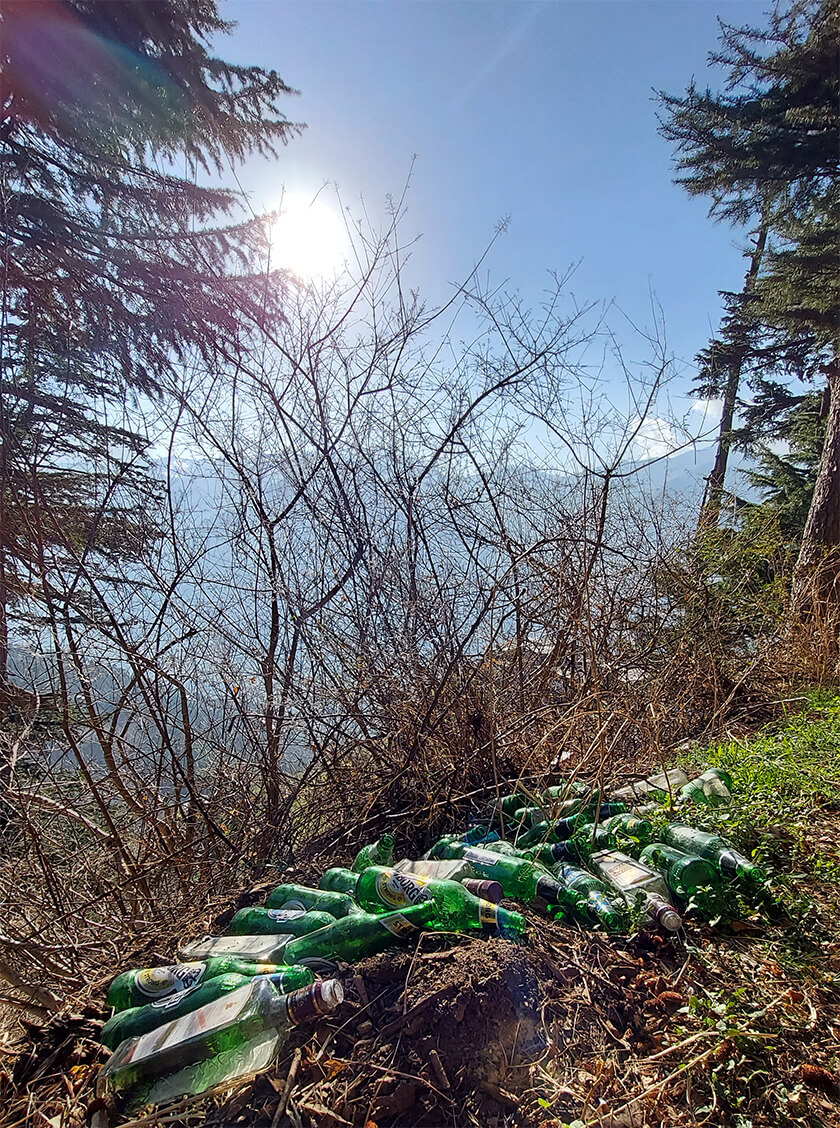 Since mountains are home to wildlife too, broken bottles can lead to injuries to the wild aminals. It is, therefore, a humble request to not drink alcohol around such tourist places or be a responsible tourist and bring the empty bottles back with you.