Bhutan is a land of surprises. This is where the rice is red in colour, chilies can be the main dish, and the economic index GDP is measured in “Happiness”. From the grassy lands to the kind and fun-loving people – there is enough to be surprised about this tiny Buddhist country. But what makes Bhutan better than most of its neighbouring countries is the degree of safety you feel while walking on its unfamiliar and unversed streets.

Bhutan is backpacking friendly. The entire country – from the popular towns of Thimpu and Paro to the much unfamiliar east – is comfortable to travel, hospitable and culturally diverse. But due to its imposed USD250 daily fee – which also includes your food, stay and travel – many travellers find themselves hopelessly bound to a well-planned and an unavoidable itinerary. Since that USD250-a-day fee does not apply to Indians, Bangladeshis, and Maldivians, they are free to travel in Bhutan without having to worry about a VISA. 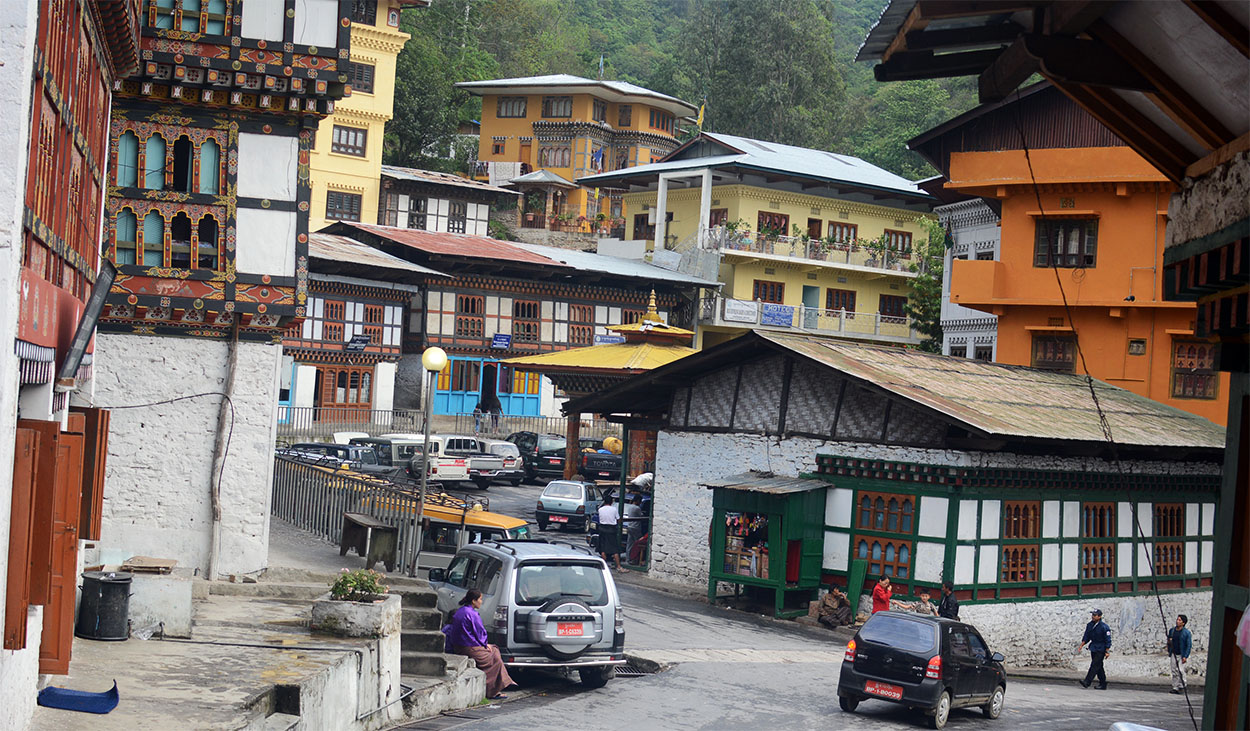 TOP PLACES TO SEE AND EXPERIENCES TO TRY IN BHUTAN

Getting a Drayang experience: Drayangs are the Nightclubs in Bhutan – something much better than all those nightclubs I’ve visited in Europe and Southeast Asia. They’re somewhere between a pub and a discotheque, where people sit back, sip on their beers and enjoy the traditional dance and song performances. In Drayangs the entry is free, beer is cheap, and the environment is far lively. I visited a few nightclubs in Bhumtang and felt amazed to find out how they’re a source of entertainment for young individuals and families alike.

Paro Taktsang: You go to Bhutan and come back without paying a visit to Paro Taktsang? Not acceptable! Nestled between the Cliffside of the upper Paro valley, Paro Taktsang is, by far, the most compelling and popular tourist site in the country. But make sure you wear full pants (no shorts) during your visit because having denied entry after a 2-hour strenuous walk to get to the top and enter the legendary Taktsang is not an enjoyable experience.

Walking the streets of Thimpu: Thimpu is the most intriguing destination in Bhutan, and is my personal favourite, among all the capital cities I’ve seen in my life. I loved walking through its streets while sharing smiles with locals, and watching everyday life improvised with local traditions.

Bird’s Eye View at Kuensel Phodrang in Thimpu: Take a taxi or walk up to Kuensel Phodrang hill (which is about 6 km from the main bus station in Thimpu) for an up-close look at the popular Dordenma Buddha statue gilded in its bronze layout. The Dordenma Buddha statue was imported from China for a whopping USD 46 million and is definitely worth a watch. You can moreover catch a panoramic view of the city and its connecting Himalayan range from up there.

Revel the local culture: Have a classic meal of brown rice with Ema Datshi – a local form of cheese. Watch Archery in Thimpu’s Changlimithang Archery Ground. Get a few pictures clicked with white-gloved traffic policemen, and local men and women wearing the traditional Gho and Kira. Eat at a local’s house. Visit the many Dzongs and Monasteries around the country.

Learn, whichever way you can, the unique and rich culture of the only Himalayan Buddhist country existing in the world today.

Nightlife in Bhumtang: Bhumtang is a small town with a population of just a few thousand, but that didn’t stop the town to open a total of 7 nightclubs to enjoy a perfect nightlife. The town has a chilled-out vibe and the young local crowd around the place totally rock the city.

Live like a local in Trashigang: Transhigang is a small town about 250 km east of Bhumtang. Given its low popularity among foreign tourists and a perfect location on Bhutan’s popular Ura Highway – it is an ideal hideout to enjoy a local company, or perhaps live like a local itself. It is very likely that you will be the only tourist in the entire town and that’s why a few days of an excursion to Trashigang is strongly recommended. Unlike Bhumtang and Thimpu, Trashigang is quite simple in its approach and has a high influence of local Bhutanese culture, no nightclubs and wifi enabled restaurants can further disappoint you to the next level. So be prepared for it.

Eat at local’s house: Getting an invitation to dine/to stay at a local’s house is easier in Bhutan than you can ever think. During my 21-day solo backpacking across the country, I happened to be invited, thrice. If you are an Indian and can talk a little about Bollywood, it is even better, and easier.

BEST TIME TO TRAVEL IN BHUTAN

Though any time of the year is a good time to visit Bhutan, particularly the popular Thimpu and Paro, since it’s a Himalayan country and the weather is generally cold due to high altitudes, avoid visiting Bhutan between the months of November and March.

COST OF TRAVELLING IN BHUTAN

For non-Indians, non-Bangladeshi and non-Maldivian, visiting Bhutan is pretty much limited to a prepaid USD250-a-day itinerary (USD200 a day from December to February and June to August) with a USD40/30 surcharge per person for those in a group of one/two. This, however, covers the accommodation, transport, guide, food, entry, and almost anything other travel expense.

For Indians, Bangladeshis and Maldivians, however, who can travel independently across the country, here are the typical costs:

Food: Eating in Bhutan is not cheap, particularly when you compare it to its many neighbours. Since it imports most of the eatables from India, the cost of food is fairly high. Expect a regular meal between 150 to 200 Ngultrums.

Accommodation: Accommodation is not too cheap either. In Paro and Thimpu you will get the cheapest hotel over 500 Ngultrums. In Bhumtang and other less touristic places, the price for a basic room is no less than 700 Ngultrums a day. You can, however, choose from the basic ‘Lodge’ service in those areas, which means you get a dorm bed for as low as 200 Ngultrums (or 200 Rupees) a night. The only catch is, they are available during the night time only and operate between 5 pm in the evening to 8 am in the morning.