In the mountains, your journey sometimes takes you to someplace more beautiful. My failed solo Deo Tibba trek attempt is one such story!

Travelling alone has its own benefits. It gives you the control to plan your own itinerary and do what you want.

Spending days in solitude also makes you more eager to chat with locals and team up with them to make your journey more interesting. And that is exactly what happened to me when I was on my solo Deo Tibba trek attempt.

If you are new on this blog, I want to tell you that I am a full-time Indian travel blogger who quit his job in 2016 to travel the world. I have done many solo treks in the mountains including Valley of Flowers trek, Sandakphu trek and Panchachuli trek, among others. I have moreover done many motorcycle trips in Ladakh, all solo. So don’t get carried away with my experiences and plan something if you are not sure how!

Now let’s discuss the topic in hand and read more about my failed attempt to do Deo Tibba trek – a story that failed before it even started!

Deo Tibba base camp is basically a 4 to 7 days trek depending upon how far you want to go. The base camp takes 7 days. The elegant Deo Tiba peak which is 6001 m high looks like a half oval-shaped egg. The journey starts from Jagatsukh village (about 20 km from Manali), in a motorcar, followed by a great deal of walking through Himalaya’s pristine and untouched beauty.

But let’s not waste too much time speaking about its specifications or how can you do Deo Tibba trek solo, because we aren’t even going there at all. 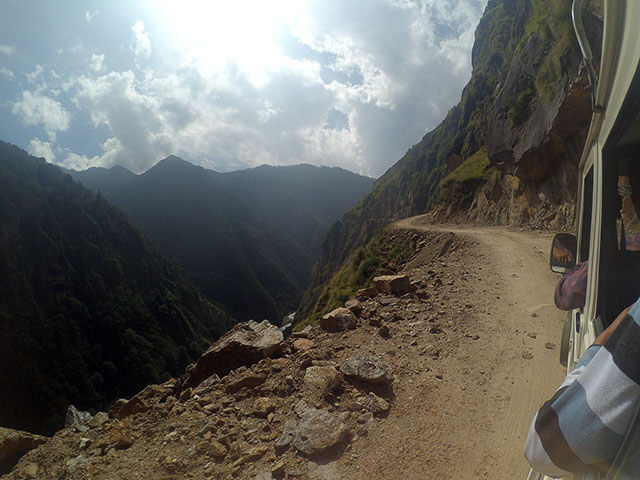 So as I said, solo travel has its own benefits. And this journey just proved me right.

When I left Jagatsukh to hitchhike and cover the first few miles of my solo Deo Tibba trek without giving my legs a hard time, I happened to meet Bijju – a 28-year-old guy from the local town Jagatsukh who was going in the same direction.

A 10 minutes conversation with him ended up in an invitation to join him on a rather off-trail adventure.

Bijju was on a business trip to one of the isolated snow-clad peaks, where he and two of his friends extract a particular kind herb (Nagchhatri or Trillium Govanianum) and export them into China. According to him, they come here every year around in the month of July and collect Nagchhatri to make a quick fortune. Keeping the story brief, he said I can be a part of their establishment up in a mountain for the next few days before they all come back.

“You don’t need to do the Solo Deo Tibba trek. From where we are going, you can see Deo Tibba peak one straight line” I remember him claiming.

And hence I agreed, disowning any idea of attempting solo Deo Tibba trek.

Henceforth, started my walk into the Himalayan woods. 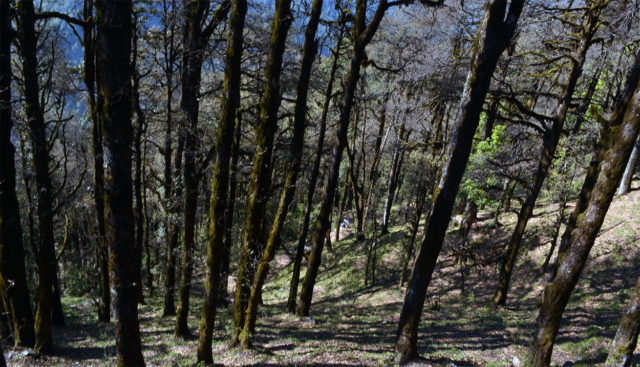 “The gladdest moment in human life, I think, is a departure into unknown lands.” Sir Richard Burton

The way to this uncelebrated and unsung mountain had no defined trail and was one steep walk. To begin with, I’d like to tell you that trekking in the woods in the mountains is not like other spaces. Here trees surround you, blocking all views. They make you feel small and vulnerable like a child.

But I pressed on and kept following Bijju. We walked for almost 7 hours  – without any breaks – and off we reached our destination.

The destination was just a regular mountain-top with the entire mountain having 1 tent. Other than Bijju, it was two of his friends now – Ghanshyam and Chuni Lal.

I pitched my tent right next to them and that was it. My failed solo Deo Tibba trek attempt took me to a place more beautiful and offbeat than any tourist place in Himachal Pradesh. 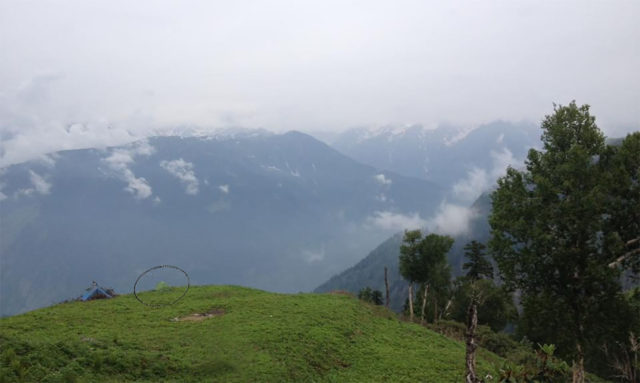 Living in such a place where there is no one around you for several miles in each direction is a great feeling. No café, no tourists, no nothing – just a bunch of new friends and a hungry bear. Yes, you heard that right, a 500 Kilogram hungry bear who, during my 4-day stay happened to be lucky by snapping and killing a poor foal.

The forest area around Manali is home to extravagant wild options where you can spot Musk Deer, Alpine Ibex, Brown Bear, and even a Snow Leopard. And the chances of finding them are high at places where there’s very little or no human movement – someplace like our temporary home. You can also find them on your way to Deo Tibba trek. 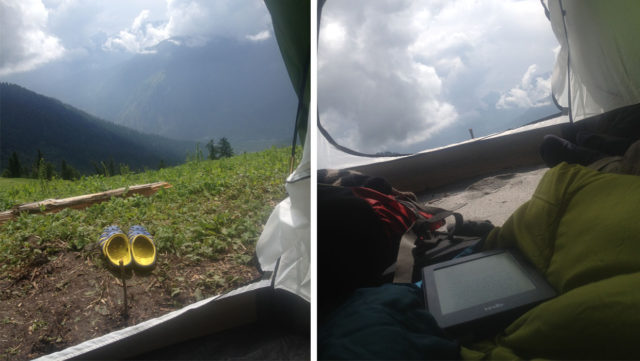 Though I knew that a brown bear seldom attacks humans, but here’s the thing. Sometimes they do. All bears are agile, cunning and immensely strong. And, I am sure they are always hungry. If they make their mind to kill you, they can, and pretty much whenever they want, especially when you’re fast asleep in your cozy tent.

Sure that doesn’t happen very often but for me even once would be enough. I wanted some guarantee when I heard there’s a wild bear living in the same mountain somewhere close to us but I never quite managed the necessary leap of faith during my stay there. But on a bright side, the fact that my three companions are at least mindful about the do’s and don’ts during a bear attack was some assurance. 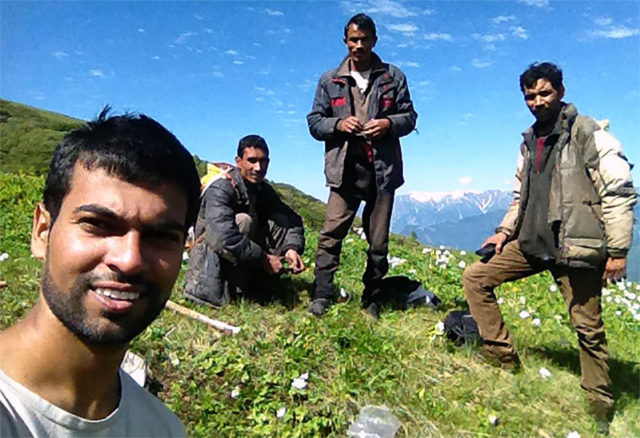 We stayed three nights in total, at our unknown camping site, where Bijju and his friends would leave for work every morning, as I was still sleeping tight in my tent. They’d come back before dark and we have our first meal of the day together. We play cards, drink a few shots of local wine, they’d brought with them and eat Masala Peanuts from the share of packed food I’d brought with me.

And the bear… it was always there huffing and puffing in my mind, but if I look beyond my jitters and a wakeful sleep for three consecutive days, it was a great experience overall. And if nothing else this would always remain with me as one of those memories that you share with your friends on bonfire night and end up saying  “Yeah, I’ve done shit in the woods”.

Do you have any similar stories from the Himalayas? Did you like this failed solo Deo Tibba trek attempt story? Share in the comments below!