There are some places in the world (like Indonesia for me) that, almost voluntarily, and perhaps a little forcefully too, make you develop a sudden liking towards them. It may be because of the natural beauty of the place, the food you had there or something else.

For me, for example, it’s always the people. If I feel that warmth in local people and connect to the community in a way I do back home, I know that I can love the place. This is the reason why I have always adored the Himalayas. And this is why I loved Indonesia too.

Two more places I have always adored for its people are Sabah, in Malaysia and Bodoland, in Assam.

But that’s not the only reason why I loved Indonesia, or why I decided to write this article in the first place. Indonesia, as I explored during my few days of stay in Jakarta, has much more to offer than an overdose of warmth in its people. It has world-class beaches, mountains, colorful metropolis, tantalizing food, amazingly friendly people and a promising digital-nomad scene (yes, I am talking about Bali!). Whether you’re a traveller or a fancy holidayer, if you can find it somewhere else in the world, you can find it in Indonesia. 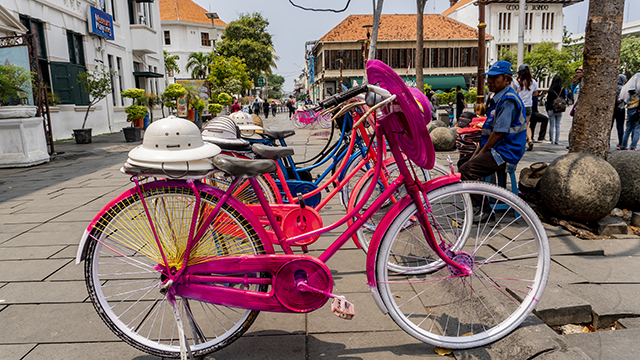 So yea, my love for Indonesia grew in just a few days. And counting the reasons ‘why’ here are some. See if you agree:

Indonesia For Its People

Undoubtedly, one of the biggest reasons why I loved Indonesia was because Indonesians are such friendly people. I’ve traveled to over 20 countries, and never have I ever been in such a welcoming country like Indonesia. Here locals, genuinely and without wanting something in return, help you out.

I also adored how Indonesians value family and their community, over individualism. They work as one and that’s worth appreciating. I loved how despite being amazingly diverse, as various groups in Indonesia are, they live to their motto of “Bhinneka Tunggal Ika” which translates as “Unity in Diversity”. 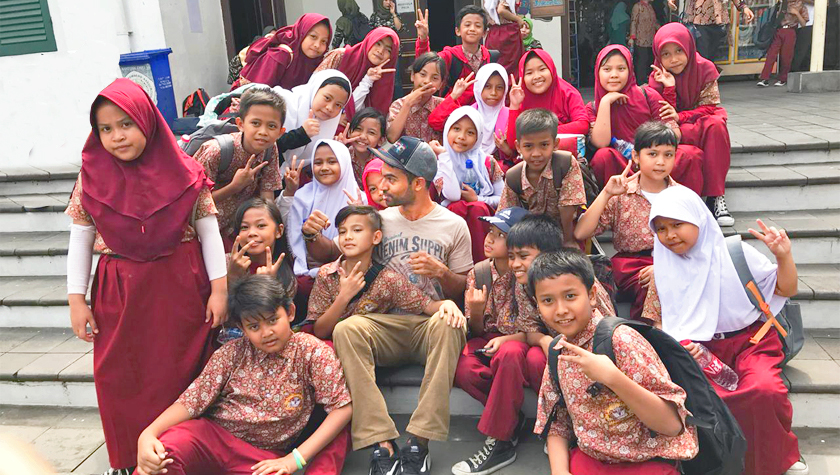 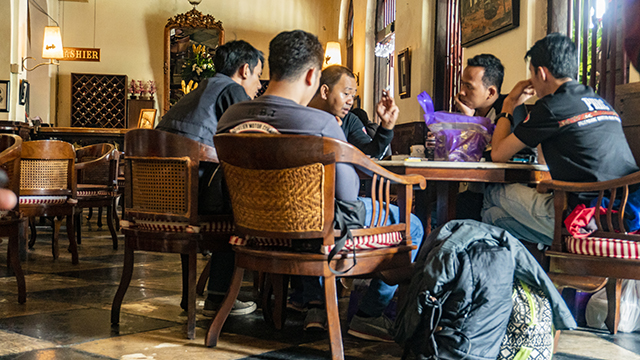 So yea, you just cannot run off a list of reasons to love Indonesia without including the natives!

Indonesia For Its Culture

Indonesia, as we know it today, is a fascinating blend of old traditions being merged with western ideals. It’s a surreal juxtaposition to see a KFC looming ominously over traditional street food, or traditional throat singing over something more modern. 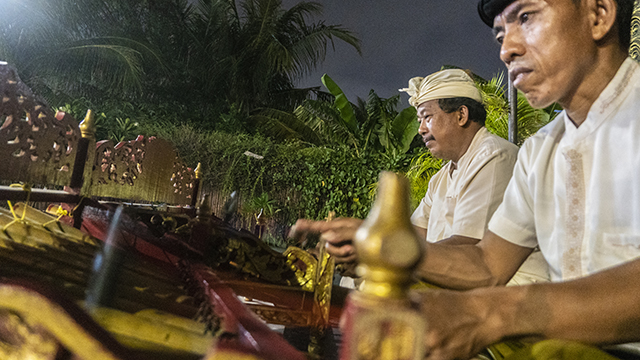 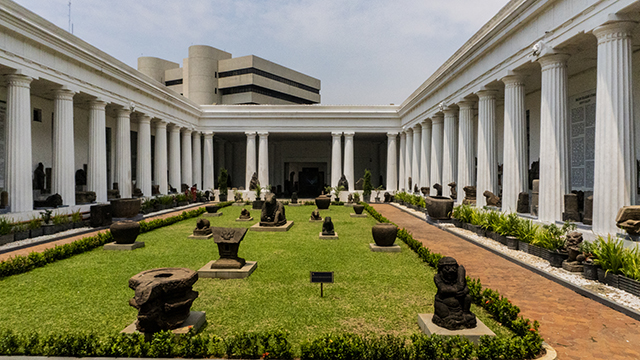 But if we look into Indonesian culture and history, it has been dominating the world since the very beginning of mankind. If you happen to visit Museum Nationale, in Jakarta, you will find researches claiming that it wasn’t Africa where first homo-sapiens were spotted, it was Indonesia.

Yet if you walk around the streets in Bali (though I haven’t been there I believe it’s true) or Jakarta, you will find people with no strings attached to their cultural past, or trying to boast about their rich cultural values and county’s heritage.

You will never find an Indonesian having a slight degree of xenophobia, despite most of them being overly proud of their Indonesian roots. There’s a real enthusiasm for learning more about other cultures, that extends from wide-eyed kids to chatty old men. 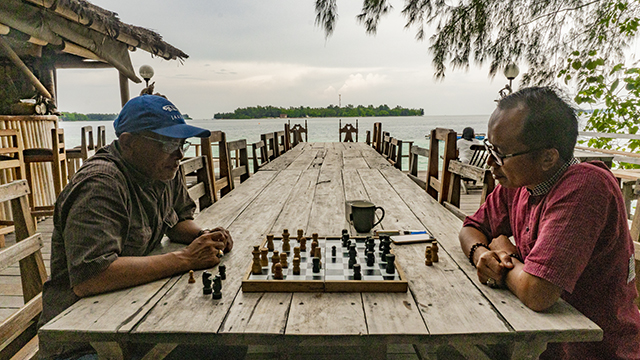 Other than this, I have always adored places that do not forcefully hold back its people because of old traditional ideas, and that’s what I found in Indonesia — at least in Jakarta. Despite being a Muslim dominating state, Jakarta felt just as much Christian or Hindu as anything else. Here you may find women wearing a hijab or a scarf to cover their head, but down below, a striking pair of jeans and sports shoes. And that’s the reason for an underlying tolerance in the society, and for me loving Indonesia even more.

Indonesia For Its Beauty & Distinction

Despite being unfortunate enough to be only visiting Jakarta and a part of the thousand islands cluster (on the north coast of Jakarta) I found Indonesia a beautiful and diverse country. I mean in just about 60km deep into the ocean, as we escaped the crowded Jakarta (for the thousand islands) we found a place where tourists would seldom pass. Where Jakarta remained an overwhelming metropolis, the islands surrounding it was something totally different. 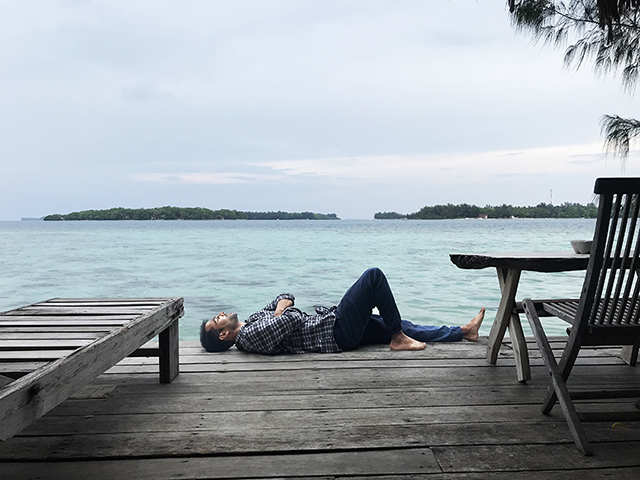 And that’s the thing with the rest of Indonesia (as I was told, and personally figured to whatever extent). Since the country is majorly a cluster of small and big islands, each piece of land has its own beauty and vibrancy. From the remote islands of Raja Ampat to party-dominated Bali to something as unique as the ever-active volcanoes of MtBromo, every bit of Indonesia has something else to offer — “You need months to explore different colors of Indonesia and still not be able to see it all,” I fairly remember how apt the statement was coming from one of the guides we met during our tour.

So yea, if we keep hearing names like Bali and Ubud and Gili Islands over and over again, there’s is a reason for it. And that reason, as far as I’ve understood, is not just the unbounded beauty of each place, but the highlighting contrast between them. If one person loses their heart in Bali, the other person does it at someplace else!

Indonesia For Everything Else

And then, there are other things to adore about Indonesia — the food, the level of safety you feel there (compared to many other Asian and Southeast Asian countries) and most importantly, the value for money. 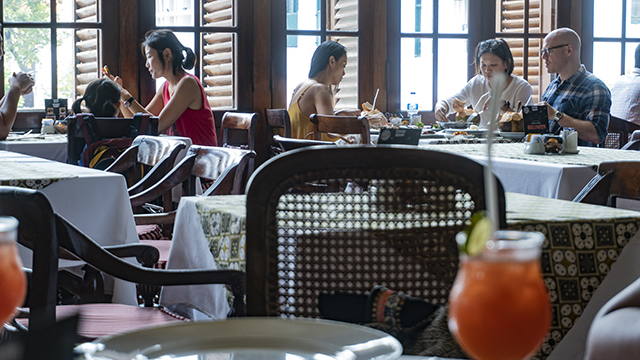 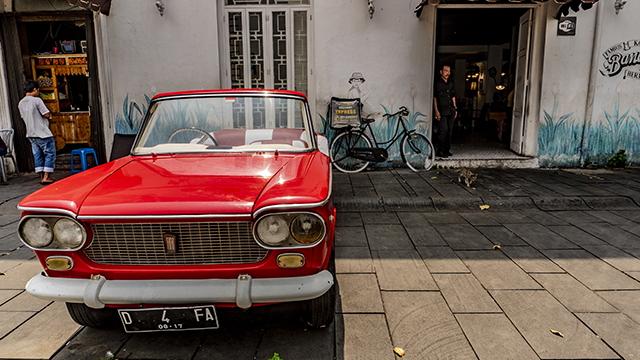 Also, being a fan of offbeat traveling I feel that even if Indonesia is now a very popular tourist destination, there are lesser-visited and far unknown places in the country. And now that I’ve been there once (even if it was a very brief introduction) I’ve been researching about it on the internet and finding so many names that have hardly been mentioned anywhere. From the bizarre archaeological sites of Goa Gajah to the spectacular volcanos Flores, there’s enough to explore in Indonesia that is still rather offbeat!

Disclaimer: I visited Indonesia on a blog trip with Indonesia Tourism and Malindo Air. While my trip and experiences were sponsored by them, all recommendations provided above are solely mine. I only recommend what I personally try, and find worth appreciating.