It has been three years since the events that are described here took place. Three years since I was a student at Yoga Vedanta Forest Academy, in Sivananda Ashram Rishikesh, learning about a divine lifestyle and how not be affected by little miseries of life.

And yet, I never mentioned anything about the place here. I didn’t even mention much about it in my Rishikesh travel guide blog. 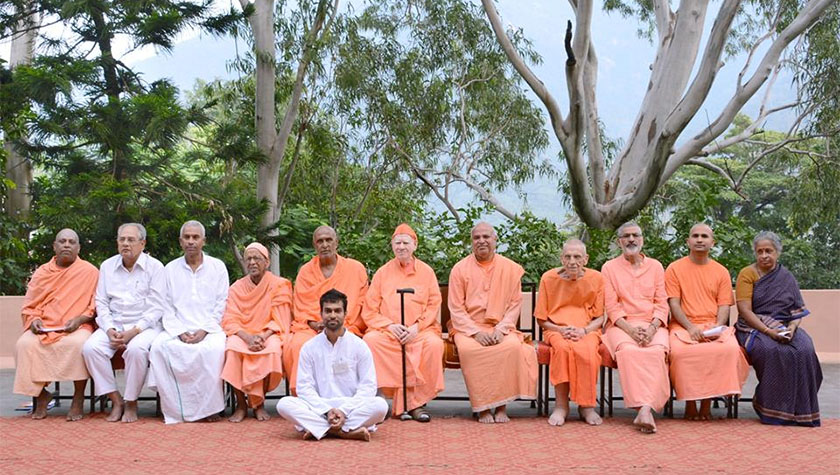 It is not that over the years I’ve lost touch with Sivananda Ashram or that I didn’t want to talk about it. I just never found a compelling reason.

But today, I just happened to have found one.

This place, for me, is like a second home, a place that has nourished my roots and made me what I am today. And just like you don’t feel a need to write about your home, I never felt it important to write about Sivananda Ashram either.

But this time, as I visited Rishikesh to spend a few nights in the Ashram, I was accompanied by a sense of realization — a force, rather — which motivated me to write about it.

It all happened when a friend repeatedly shared about the discontentment in life. “It feels as if I am stuck in a hamster wheel and there’s no way out,” he would repeat every time we meet.

Though unlike others, he would still escape his life in New Delhi, almost every weekend, to trek and recharge his batteries in the Himalayas, the fact that it was a no permanent solution that I suggested him a rather slow and a more effective and lasting solution. I introduced him to the idea of divine living and made him visit Sivananda Ashram Rishikesh — just like I am introducing it to you now! 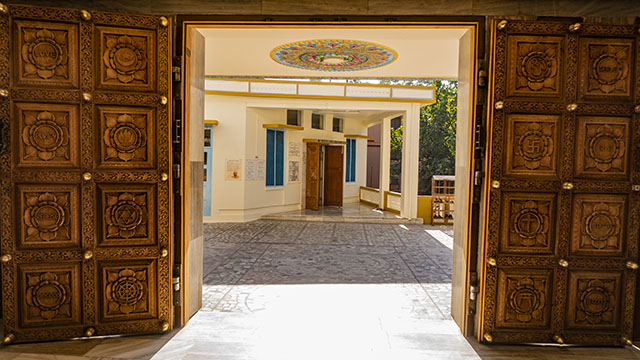 How I Got Associated To Sivananda Ashram

When I finally quit my corporate career in 2015, I did so after hopelessly failing in life. I gave up my well-paying job in a media house in England, before moving to India, looking for a change. I thought, moving to India will make me happy. But it didn’t. In about one year after my relocation, I switched three different companies and a few different profiles. Wherever I would go, I would feel a little incomplete within, wanting something else but that. I would plan weekends with my friends only to return on next Monday feeling a bit more unsatisfied.

(But now that I look back at it, I know that it wasn’t my lifestyle or the monotonous jobs that lacked something, it was me, or the ever-growing void in my head that felt unresting)

So after changing a few jobs in India, I couldn’t hold it any longer. In March 2015, I decided to leave everything behind and start travelling. I booked a one-way ticket to Bhutan with a rucksack and a few belongings. For the next 6 months, I travelled across parts of Bhutan, Nepal and Northeast India. But as time passed, I realized that I was only, once again, losing time with no purpose and direction. And this time, I was clearly, and more evidently, losing money too. Where those 6 months of uninterrupted traveling was sure a highlight and I gained many great experiences, I had no clue about WHAT NEXT!

Six months later, in September 2015, I returned home, feeling more restless than ever. I was hoping for a spark of light when during a casual dinner-discussions my father suggested me the two-month-long Yoga Vedanta course in Sivananda Ashram, Rishikesh.

If you do not know, Rishikesh is one of the best places to visit in India for learning Yoga and Meditation. You can call it the hub of spiritual tourism in India – a place that is more popular than all four Char Dham Yatra temples put together. 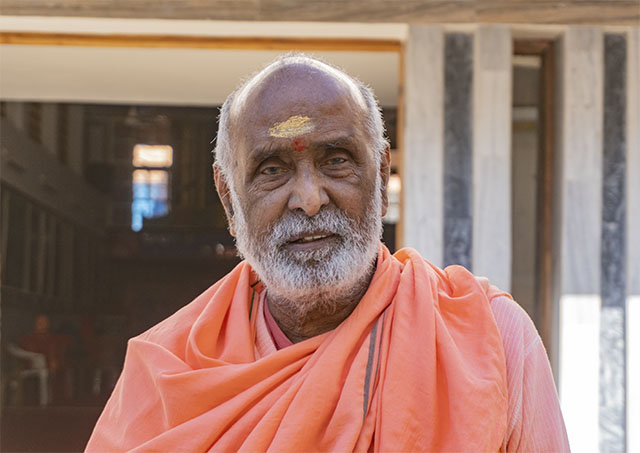 Since its inception in 1948, Sivananda Ashram has been running three batches, every year, wherein they train a selected 40 students from across India. The training is given irrespective of their religion and professional background. The only condition is, however, they should be men of Indian origin, aged between 20 and 65 years old.

For a period of two months, you stay in The Yoga Vedanta Forest Academy inside the Sivananda Ashram premise and follow a strict schedule, that starts as early as 4 in the morning.

Speaking of the routine, the students wake up at 4 in the morning, followed by a daily one-hour meditation class at 5 am. Throughout the day, the students are bound to attend various lectures learning about Indian scriptures like Bhagwat Gita and Upanishads. Other than that, they learn about Indian and western philosophy and study what the many great philosophers like Aristotle and Adi Shankara once said and preached.

The aim of the course is not merely academic equipment of Yoga and Vedanta knowledge but a complete transformation of the way we think and perceive life. For a period of two months, the ashram life teaches about discipline and persistence, while integrating our personality in a way that we succeed.

Imagine it like a 20th-century gurukul where students learn about order and discipline — something more useful than any college degree today. 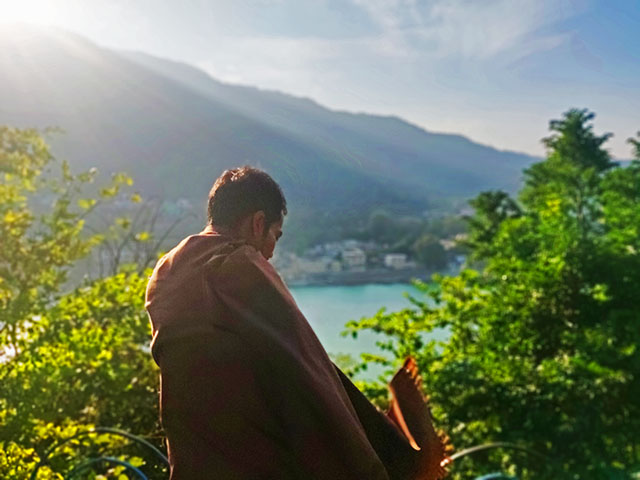 How Sivananda Ashram Changed Me

If anything, Sivananda Ashram — thanks to its daily meditation and lectures on how to live a more harmonious and divine life — instilled a sense of positive thinking in me.

If I look back to the original me I would describe myself as an ‘unperturbed directionless person’, while the new me is still ‘unperturbed’ but ‘fairly nonchalant’ at the same time, and that’s a good combination.

The daily routine of meditation and yoga that I continued after my two-month course has conditioned me in a way that negative thoughts are becoming a rarity. I mean if I think of the time when I started travel blogging in January 2016 with a little to no idea about how to make money from travel blogging, I cannot imagine how I continued doing it for the initial 8 or 9 months with no income and no hope whatsoever. If it were not for the positive thinking and persistence (and the old me was dealing with it) I would have given up somewhere in the middle, and be right now sitting with a grumpy face in a 4*4 cubicle, working on someone else’s dreams.

So yea, over time, as I continued practising what I learned in the Ashram, I can feel a stronger and a more positive change from within. 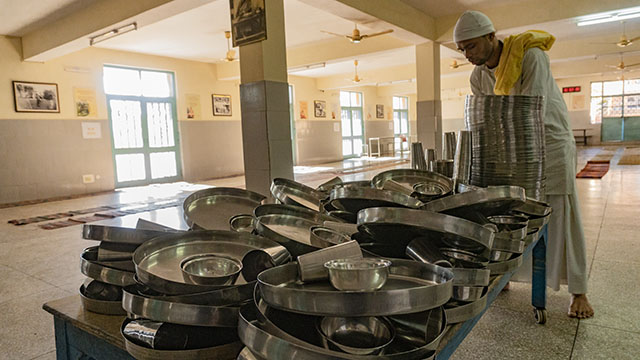 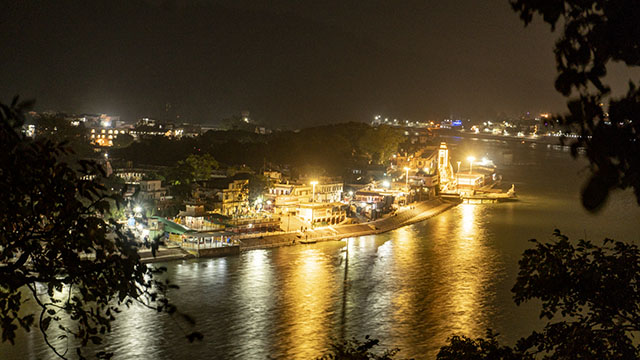 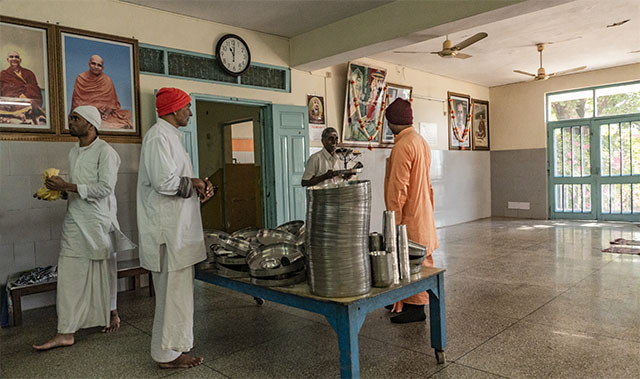 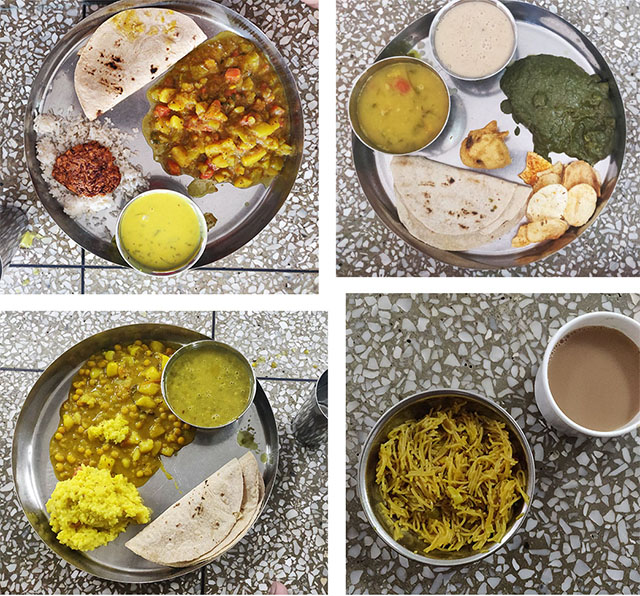 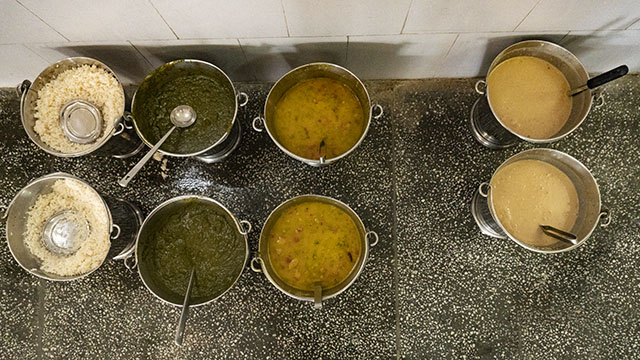 Got questions? Write them in the comments below.