Planning a Manali Road Trip? Looking for useful travel tips? This ideal 5-day Delhi to Manali itinerary is what you need. You will particularly enjoy it if you prefer offbeat destinations, rather than exploring popular towns.

Before I further delve into details, let me tell you that I planned this Manali road trip with my parents. Other than a bit of Kullu Valley, we explored Hamta Valley and Hallan Valley.

A family road trip, as I’ve experienced, can be just as wonderful a road-tripping with friends. Though of course, a road trip with friends has its own perks, with the biggest benefit being the fact that you don’t need to pre-plan much in advance, with the family you need to plan a little in advance — just like I did on my Delhi to Manali road trip. 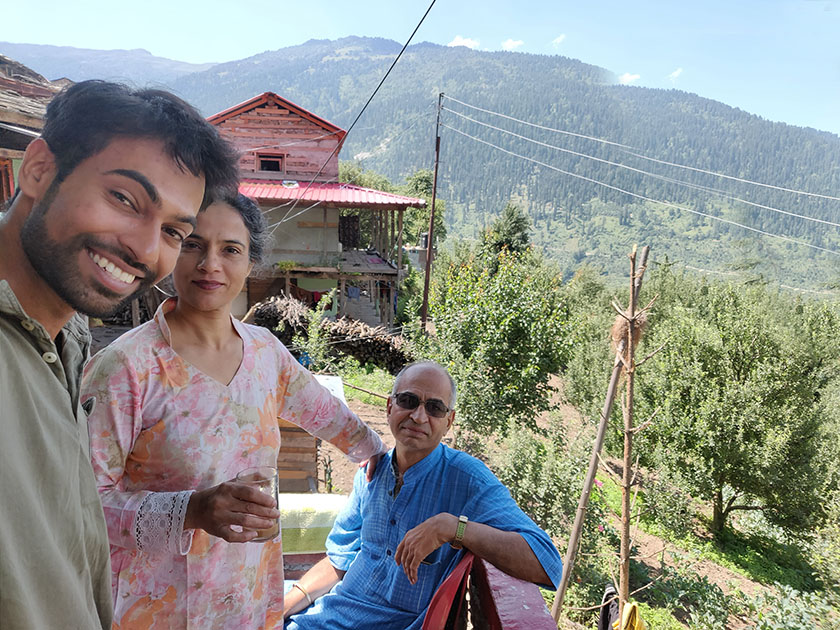 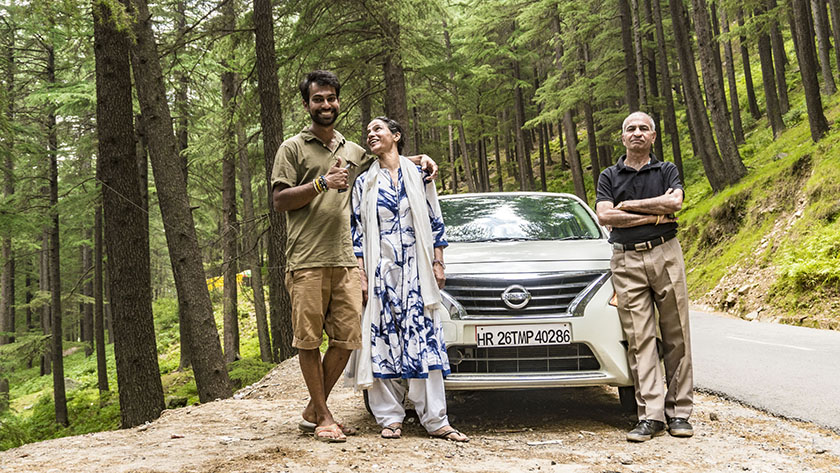 I planned my Delhi to Manali Road Trip after a blog invitation by Nissan Motors, where Nissan gave me their Sunny Automatic to test-drive and do a review on the car. You can read about the Nissan Sunny Review here. So yea, it was a sponsored trip on the company’s expenses.

If you already do not know, I am a full-time travel influencer and I keep getting such sponsored trips. I quit my corporate career in the UK, moved to India and became a travel blogger in 2016. Since then, I’ve only been travelling and writing about my journeys. Read more about me in this article.

Now, coming back to the topic in hand, let’s discuss…

To honestly admit, I didn’t visit Manali at all but a couple of other offbeat places close to Manali. I mean we only had three days to explore the region (with other two days dedicated to a full-day drive to and from Delhi) and I didn’t want to waste them in Manali’s unforgiving traffic. 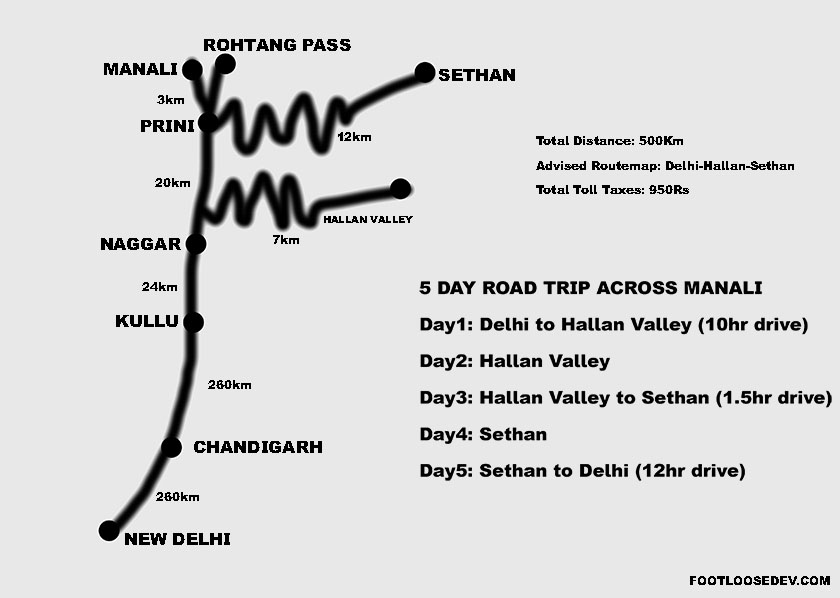 If you decided to visit the Hallan Valley & Sethan (located in Hamta Valley) on your Manali road trip, let me tell you that both the places are located before Manali.

For Hallan Valley, catch the old-Kullu Manali highway from Kullu (towards Manali) and then follow the Hallan Road on your right, as you bypass the town of Naggar. Hallan Road remains pretty good in shape throughout the year. Government buses also run on this route.

For Sethan, however, reach the town of Prini (located 3 km before Manali) and then take the road to Hamta. Sethan is located at the 35th curve and about 9km from Prini. The road to Sethan is a little bad in shape and is a pretty steep climb.

There are no government buses running on Prini-Sethan route and is only accessible by a 12-seater traveller, hired jeeps and private taxis/cars. 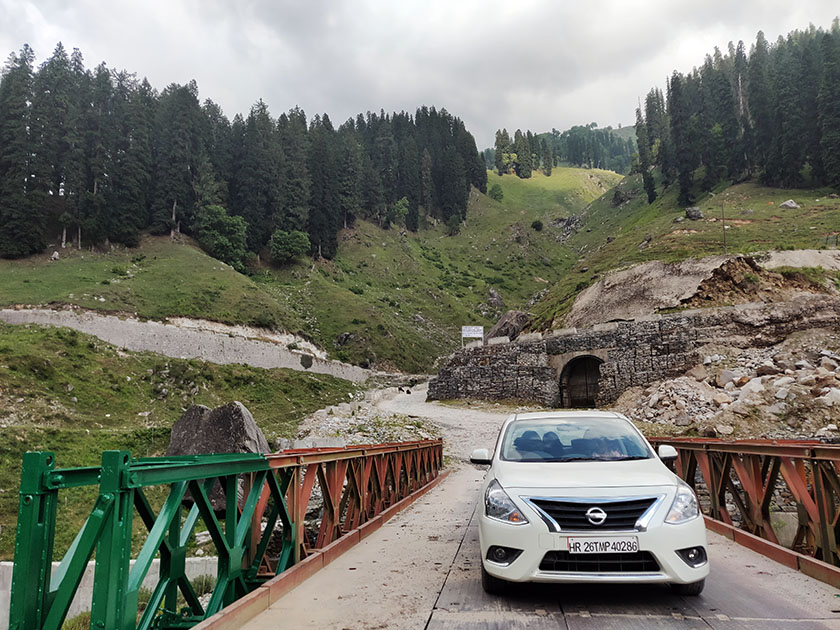 Hallan Valley is a tiny unheard of valley consisting of nearly a dozen villages — most of which have no guest houses or any tourist facility for those wanting to spend a night.

I ended up exploring Hallan Valley the first time while returning from my solo motorbiking trip to Spiti Valley in 2016. I luckily found someone who allowed me to stay in their house for a few days. Back then, there were no guesthouses. Now, Hallan Valley has got a family homestay. Since 2016, I’ve been travelling Hallan Valley very regularly. Naturally, when I took my parents for Manali road trip, Hallan Valley needed a visit.

Hallan Valley is an ideal place for those who want to experience a village setting and explore local Himachali lifestyle.

We spent a day and a half in Hallan relaxing in the town of Charanag, with nothing much on our to-do-list but to simply soak in the laid-back life around. 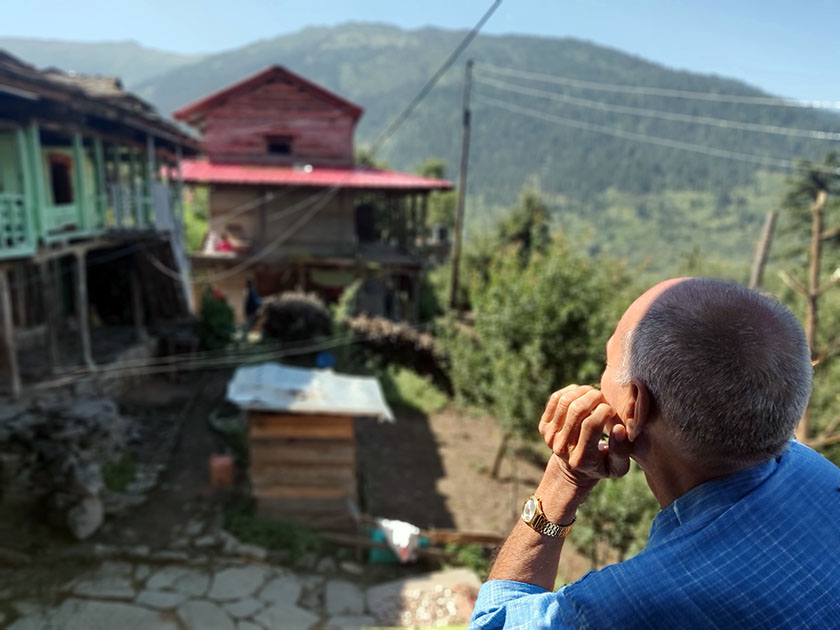 Next Up: The Town Of Sethan

Despite being offbeat, Sethan and Hallan are two very different places. Where Hallan Valley has a more traditional Hindu Himachali influence, Sethan is more Tibetan in its appearance. People in Sethan are the original immigrants of Spiti Valley and the adjoining valleys of Tibet.

Again, if you’re planning an offbeat Manali road trip, including Sethan and Hallan in you Delhi to Manali itinerary is a great idea. As I visited both with my parents, you can visit them with your family too. They’re also great to travel with friends. Both places are safe and equally beautiful. And speaking of the tourist crowd, well, there’s actually none. 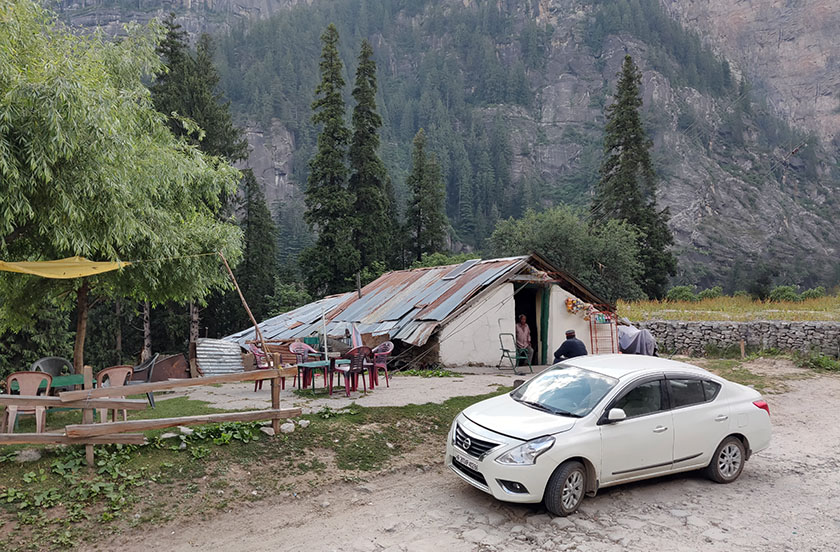 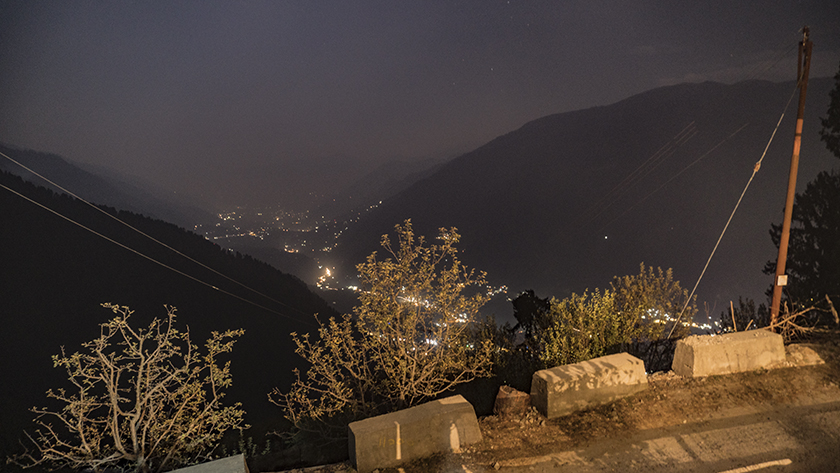 Located approximately 800m higher than Manali, Sethan, with its 2800m elevation from the sea level, is a place for slow travellers. From Sethan, one can see the towering Dhauladhar ranges surrounding the village, and the river Beas flowing right next to it – perhaps a few thousand feet down.

We spent two full days in Sethan, as I took my mom and with a few other guests (I also run a permanent camping site in Sethan) for hikes on both days. When I wasn’t (or sleeping late until the afternoon) my parents took their time befriending locals in the village, more than I ever did myself. 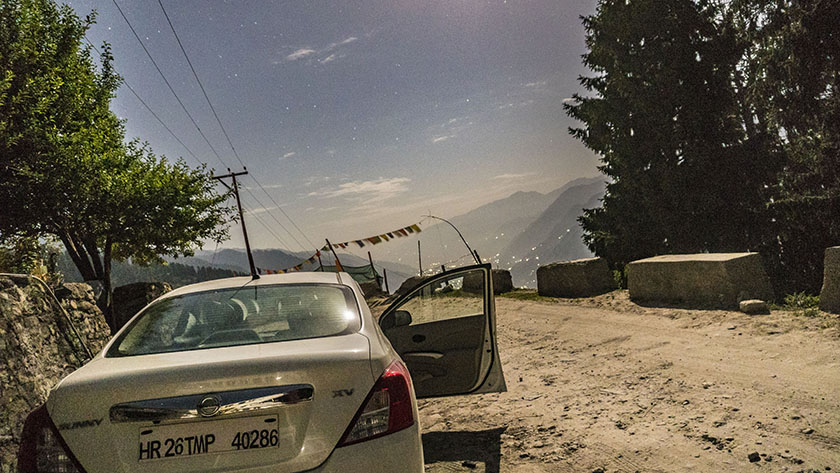 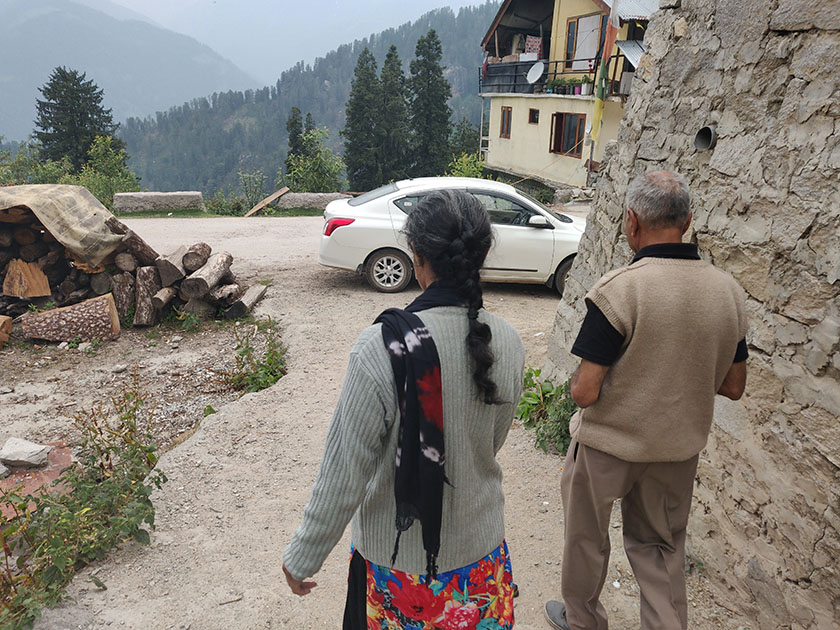 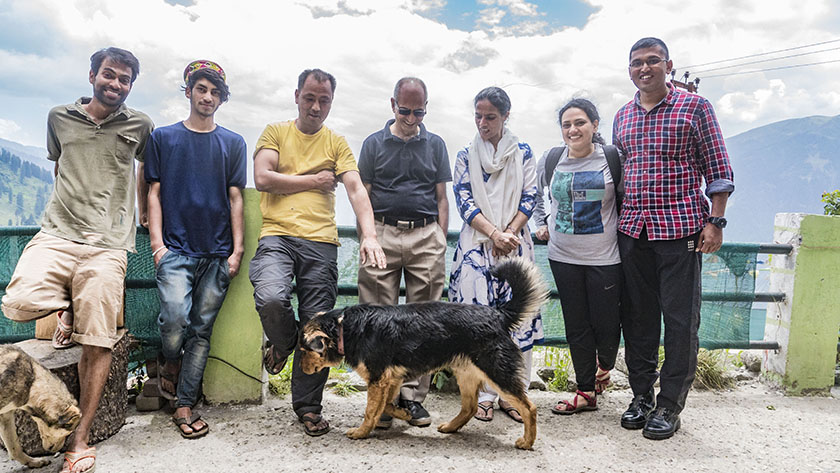 With two days being totally dedicated to driving, and the rest of the three days devoted to lazy explorations of Hallan Valley and Sethan, the 5 day Delhi to Manali road trip itinerary felt just as relaxing as a holiday in the Himalayas should be!

Have you ever thought of Delhi to Manali road trip itinerary? Or have already done it? Where did you go and stay? Let’s share your experience in the comments below.

Disclaimer: I was on a blog trip with Nissan India who provided me with a car. Though my trip was partly covered by them, all experiences, suggestions and endorsements are solely personal. I only recommend what I personally experience and find worth appreciating.