Before you make generalizations let me get this straight, I am not scared of flying.  I am not afraid that the aeroplane I’m flying with will fly into a mountain because of pilot error. Or that a Korean Navy ship thought that the Boeing flying above their head is an enemy aircraft and knocked it off by mistake.

No, I don’t find flying a scary thing, and I feel perfectly normal even during the worst of all turbulence in the history of aircraft. Moreover, I know flying is, by far, the safest mode of transportation available today.

Yet every time I have to fly it scares the living shit out of me! 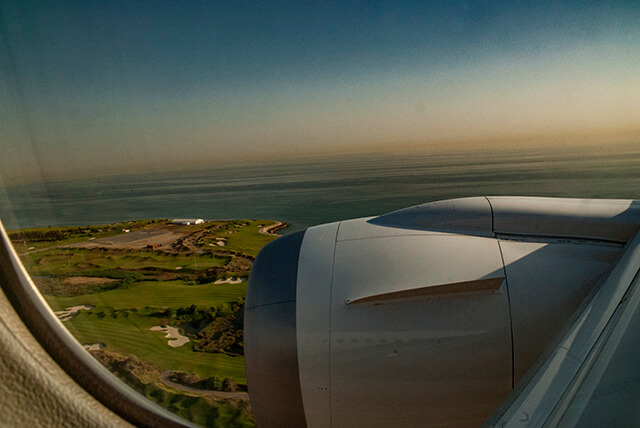 Flying Only Seems More Dangerous Until I Actually Board The Flight

The idea of missing a flight, arriving at the wrong airport, or worse, forgetting the passport, scares me to death. Because missing a flight, for no matter what reason, means losing a big chunk of your travel budget.

During one of my recent trips to Southeast Asia, something similar happened, and the horror game of boarding flights, which I was always scared of, turned into my worst nightmare. It all happened when I had to book three multi-destination flights, as I was travelling from New Delhi to Thailand, then Thailand to Cambodia, before finally returning to India from Cambodia. So three flights in total – each one scheduled 15 days later than the previous one.

As I reached the New Delhi airport to board my first flight and initiate my journey, I found that by mistake I’d booked my flight one month later from the date of my flight — i.e; rather than on 20/8/2016, as was the date the day I showed up at the airport, I booked the flight on 20/9/2016. Now I had two options, I cancel the flight, get no refund, and re-book another flight, almost at a double price. And second, I return after one month to board the same flight but miss the next two flights and ruining my entire travel plan altogether. And there I was, overwhelmed by the ambiguity of emotions – sadness, anger (which was slowly turning into wrath!) confusion, helplessness, all playing their part together! And that’s the problem with flying. You’re always out of options, and so vulnerable to being ripped off. One simple mistake and you’re bankrupt!

Airports are like train stations, except that in an airport you can’t say ‘fuck it, I am taking a bus’, and if you miss your flight, you’ve no other option but to book another 30,000 Rupee flight with this time, a middle seat, right next to the emergency door. Yes, I hate flying. And I find it risky.

Other In-flight Difficulties That Make It Worse

Now, if I somehow made it on board without committing any serious mistakes, the discomfort of flying in an aeroplane is another intricate issue to deal with.

Unless you want to bleed hopeless money, you are required to sit in the economy class, crammed in a little metal tube for hours, while staring out of a tiny window – if only the person sitting right next to it, allows you to peek through.

Unlike trains, a plane, moreover, doesn’t allow much movement, meaning you’re probably going to lose any sensation in your buttock unless you’ve brought a super-fluffy pillow for its rescue.

Though buses also don’t offer much movement, they at least make periodic stops allowing you to stretch your body and make some contact with the real outside work. If, however, your plane decided to make a stop (meaning, you have a connecting flight) it is even worse because consider that a brutal 4-8 hour layover (yes, I’m talking about the transit time between connecting flights)  with high probability that it’s going to fall during the odd hours of midnight.

So yea, flying in aeroplanes is no fun. It’s time-consuming, boring, haunting (for one reason or the other), tiresome and is more or less a no-alternative choice why most people chose to fly. Consider myself included! After all, I got places to go. Don’t we all?

Do you have an unreasonable fear of flying or any other secret travel fear?