Looking for Tours in Fremantle? This blog talks about the best Fremantle day trip from Perth as per my experiences. Also, find suggestions for how to travel from Perth to Fremantle if you want to travel on your own. So let’s get started…

“Everybody goes to tours in Fremantle on a Sunday morning. It’s one of those towns that are meant to unwind and relax,” suggested the receptionist of my hostel. Staying in Perth on a work holiday visa for the past 7 months, her suggestion sounded tempting.

Uninterested in a cruise ride, as I always have been, I decided to take the train from Perth to Fremantle. But if you end up for your Fremantle day trip afternoon with a little to no idea about what to see and do there, the town may just feel overwhelming. So a quick probe, I found a list of over a dozen tour companies that organise tours in Fremantle, from Perth. 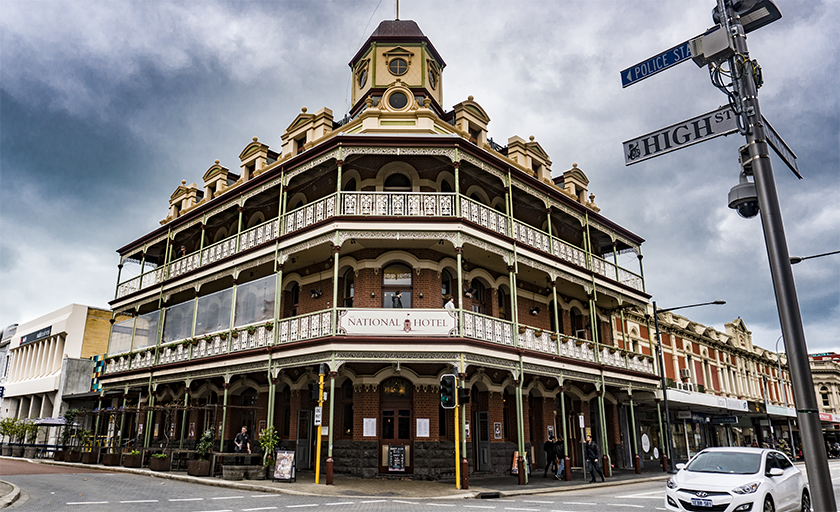 The next thing I knew, I was in a 12-seater van with 7 other guests making our way to Fremantle day trip, looking hopeless but absolutely forward to soaking up the city in a quick guided tour. I booked my Fremantle day trip with Aussie Perth Tours, the same tour company I did a day trip to Pinnacles with, a couple of days ago.

Honestly, Fremantle is not a town you would want to explore hurriedly. A few good hours walking along its historic streets and watching locals do their daily chores is a must. But if you’re bound with time, and driven by the idea of comfort, a guided day tour from Perth to Fremantle may just be a great idea. 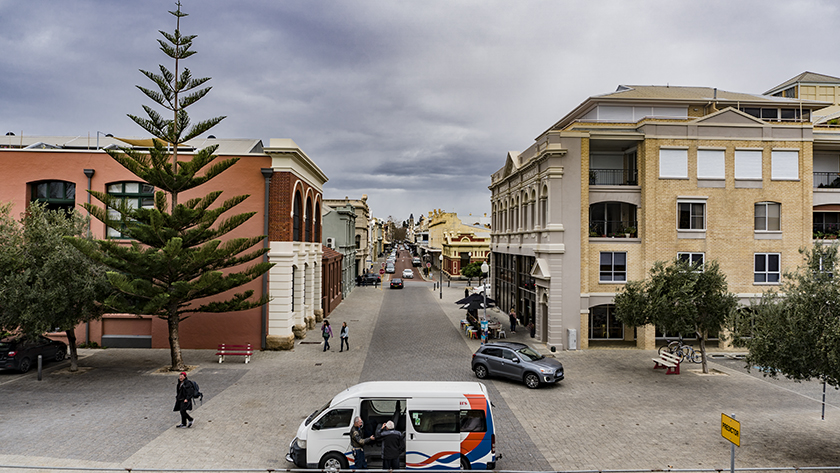 After quickly picking up all the guests, our guide, Tony, kicked off our Fremantle day trip with a quick introduction about Fremantle. Famous for its port, which technically is Western Australia’s one of biggest, Fremantle came into the tourism radar after hosting America’s Cup in 1987. Buildings were restored, cafes opened and the restaurant scene improved incredibly. In January 2012, the ISAF Sailing World Championships brought Fremantle into the news again.

But a fancy appearance and the many modern-day events are not what makes Fremantle popular. Its colonial-style buildings and rich history are the reason. As soon as you start with your Fremantle tour and walk along its many intermingled streets in the city centre, you literally go back in time. Every street unwinds its own version of a sublime selection of historic buildings, that are now pubs or hotels or fast-food restaurants. 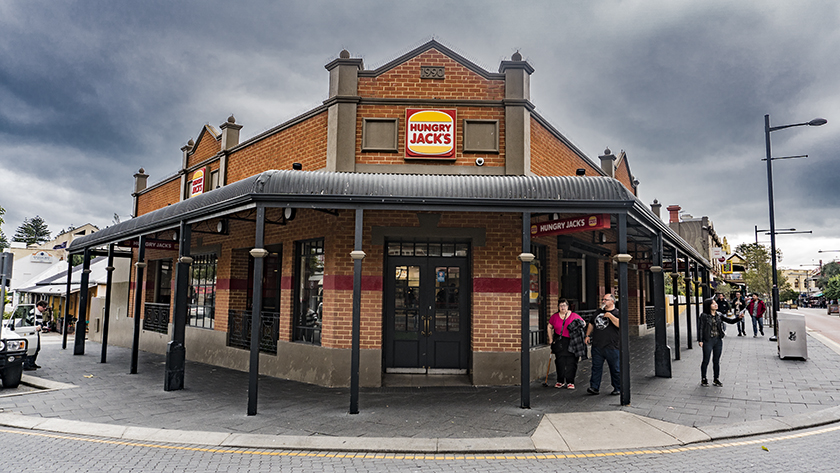 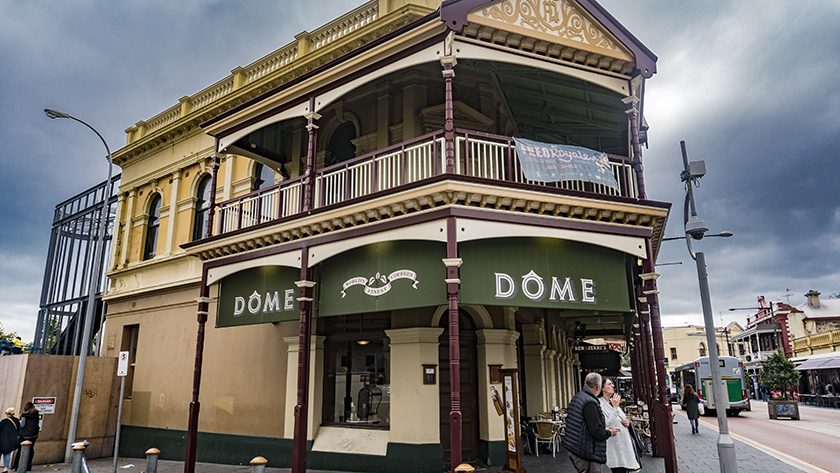 Suppose you want to imagine the pioneer life as soon as you enter the city. In that case, head straight to the West End, particularly the Cappuccino Strip, which is a busy cosmopolitan mix of cafes, restaurants, and pubs, with one thing in common — their buildings dating back to the 18th and 19th centuries. Famous for the Italian influence of pizza and pasta, and the state’s best coffee, Cappuccino Strip is the center of Fremantle’s entertainment precinct.

Another highlight in the town is the Fremantle Markets, popular for its fresh and local produce, the many souvenir shops, and the great cosy atmosphere. 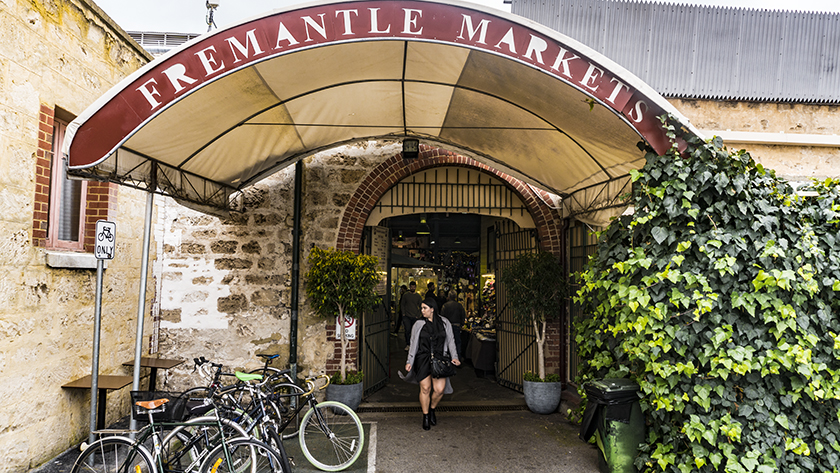 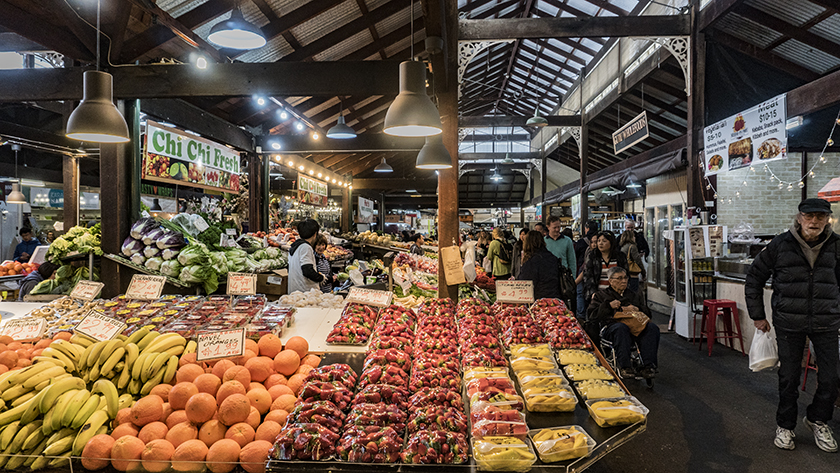 It’s a perfect place for tourists who want to get obviously Australian souvenirs like koala bears or kangaroo plushies, boomerangs, and that sort of thing. The place also offers a number of places to eat and tantalize the tastebuds. 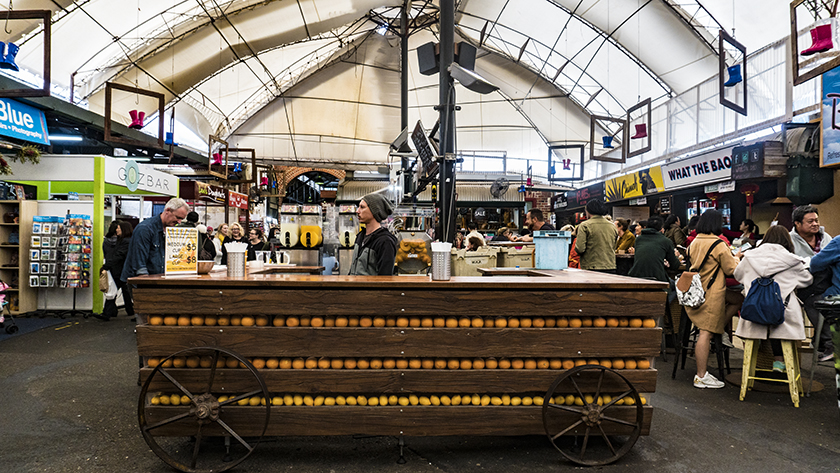 And since everything, from Falafel rolls to Sushi and Teriyaki, tastes no less world-class, I won’t give any suggestions and spoilers and let you experiment on your own, except for one thing — a cup of gluten-free and an absolutely seductive coconut ice cream, at Cocowhip. I could eat those mouth-tantalizing ice creams one after the other and totally give up on food. 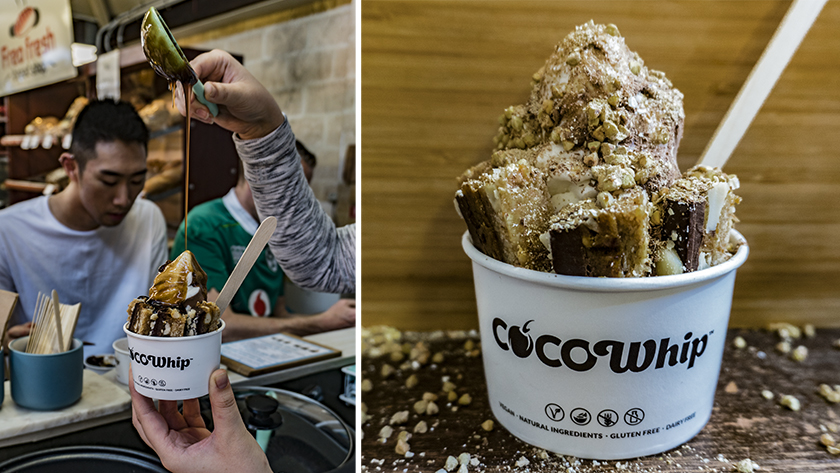 Moving forward, there are over 3000 heritage-listed properties in the Fremantle area, with most of them retaining their classical facade, contrasting with the modern slopes of the neighboring buildings, and building a timeless balance between the old and the new.

All in all, Fremantle is a cute little town with its own kind of laid-back vibe, a bit of historic scenery and a mix of modern-day art. And a quick day-trip from Perth, if you don’t have a few nights to totally dedicate to it, is definitely worth considering.

As I said above, there are many companies that organise tours in Fremantle. I booked my tour with Aussie Perth Tours and cannot recommend them more. They look after the guests really well and their guides are quite knowledgeable too. They have been organising tours in Fremantle and other places in Western Australia for many years.

Other than that, if you’re staying in Perth, I can recommend staying in a hostel called Haus Accommodation and totally loved it. The hostel was clean and exceptionally quiet, despite its central location. If you’re staying in Perth for only a few days and don’t want to spend all your money on accommodation, don’t think twice, the hostel’s close proximity to the central train and bus station in Perth will only make you love your decision furthermore.

Have you been to a similar Fremantle day trip? What did you most like about it?