If you’re travelling alone, and are unaccustomed to the frenzies of India, streets in Varanasi may just be the craziest Indian experience for you!

Varanasi, also known as Benares, is considered as the holiest of all Hindu towns. It is believed that death in Varanasi brings salvation. By getting a cremation on one of its ghats, a Hindu can get a direct ticket to heaven.

Throughout India’s long history, it is in Varanasi, that many prominent figures – including Buddha and Mahatma Gandhi – have spent time on the Ganges River, meditating and practising spirituality. 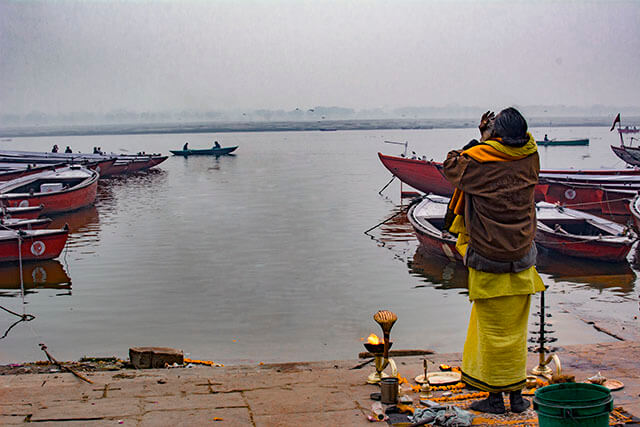 Streets In Varanasi Are Wild

If you think that the street scene in India is wild, in Varanasi streets are wilder. Consider them as New Delhi streets on steroids. Nowhere you have been and nothing you have seen can prepare you for what you’re going to see on streets in Varanasi – particularly if you’re new in India.

Here, you might not need to be careful about speeding motorbikes or tuk-tuks, but giving proper consideration to the many bulls and cows, jamming the narrow alleys is, nonetheless, important. So be watchful! The excess of cow-dung (particularly during the monsoon) moreover makes it a little tough to walk. 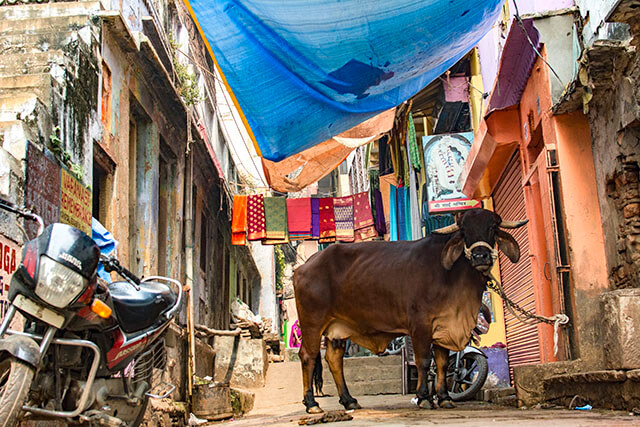 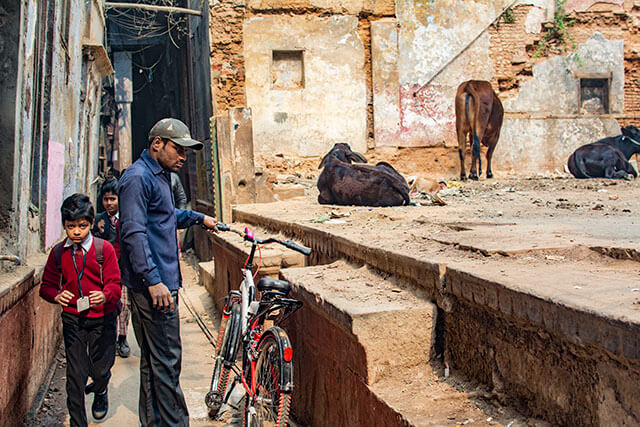 Ghats in Varanasi Are Wild Too

The cremation of bodies on this ghat is a very public experience. Many visitors who are unfamiliar with these customs are often shocked at how graphic the entire process can be.

At Manikarnika Ghat, you can witness as many as 20 cremations taking place in public, in one sight — making the entire scene look quite unworldly!

Unlike other spiritual travel destinations in India, like Rishikesh or Bodhgaya, travelling in Varanasi feels a lot more intense.

If you’re unsure whether or not it is allowed to take pictures, let me tell you that it is! As per the Indian culture, it is a privilege to die in the holy city of Varanasi, or at least get cremated there. So rest assured, many of the relatives of the deceased, would, in fact, not be in a shocking mode!

Despite being India’s spiritual capital, preventing a tourist tout can be tough in Varanasi. Consider one in ten people wanting to rip off tourists, regardless.

During my first Ganga Aarti experience, at Dashashwamedh Ghat, I was offered a front-row seat, for a clear view, for 200 Rupees. The next evening, I found out there was no ticket for it, at all. The person who charged me possibly held the space until the entire place got overwhelmingly crowded. He spotted a confused tourist (me in this case) and touted for any money he can get. Our bargain ended at 200, and he was happy with it. 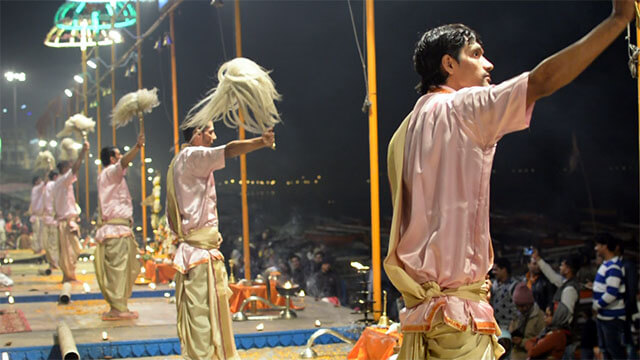 More than 200 people are cremated every day on Varanasi ghats

Varanasi has more than 80 ghats along the river. While most of the ghats are for bathing and conducting puja ceremonies, some are exclusive cremation sites. This includes Dashashwamedh, Manikarnika and Harishchandra – with Manikarnika being the most popular.

If you get comfortable with the entire cremation ceremony, you will realise that the entire process is nonetheless really neat and the poojas offered can be over-the-top beautiful. Wood is expensive for families and many touts can be seen begging for wood money. 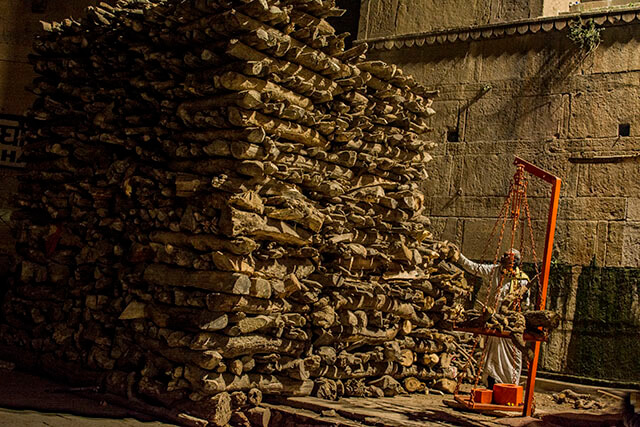 Seeing bodies dipped in the river, and lit on fire, and watching them with a crowd is… well, indescribable! Not a place that shows sadness; instead people around the ghats seemed to be having a party.

Not everyone can afford the cost of funeral pyres either. Even the cheapest wood is beyond the reach of many of the poor. Therefore many bodies are discarded into the Ganges partially cremated or not at all. If you fancy, you can take one of the early morning boat rides, pay your oarsman a fifty or hundred rupees extra and they will guarantee you’ll see a dead body floating on the water. I did not want such a tour, so I skipped it! I think I felt a little sick about it. 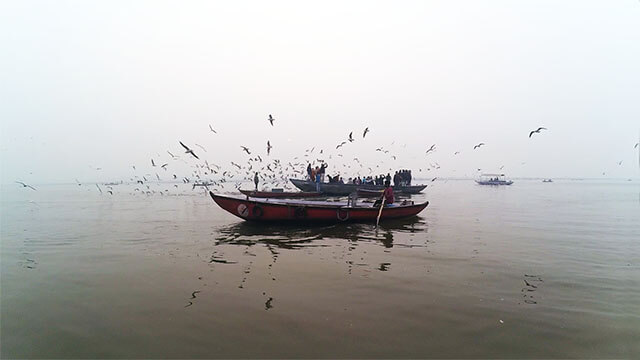 I did nothing more than take a boat tour around the sunset to see the lights from the river which was pretty cool and a nice end to a long day. Most of my days would pass by simply walking around its streets, taking it all in, and chatting with the locals.

Varanasi has an amazing way to entertain tourists, and as I found my own way to feel comfortable in the hustle-bustle of the city, I’m sure you’ll find your own way too.

If you have questions or have something to add regarding the Varanasi streets scene, please leave a comment below.