Travelling would be much easier if we could just travel anywhere we wanted by road, and not have to worry about buying cheap flight tickets!

If there’s one thing that makes travelling difficult – especially for budget travellers like me – it is the expensive flight tickets. I mean look at it this way: you plan a one-week trip to Australia from New Delhi, and you end up spending more money on flights than on everything else put together.

It’s, therefore, more important to find a cheap flight ticket than to find your favorite destination to travel to. Because if flights to that destination are too expensive for us to afford, we aren’t going there anyway.

But thankfully the odds are not all against us. Every day, airlines around the world release thousands of killer deals – from mistakenly published cheap fares to intentionally provided discounts. Yes, cheap fares are out there, if only you know how to find them. And today I am going to help you master that art and book a flight ticket for what you can afford.

These are the exact steps I follow. And if you will follow them too, you will, at least, never be the person on a flight who paid the most for their ticket! 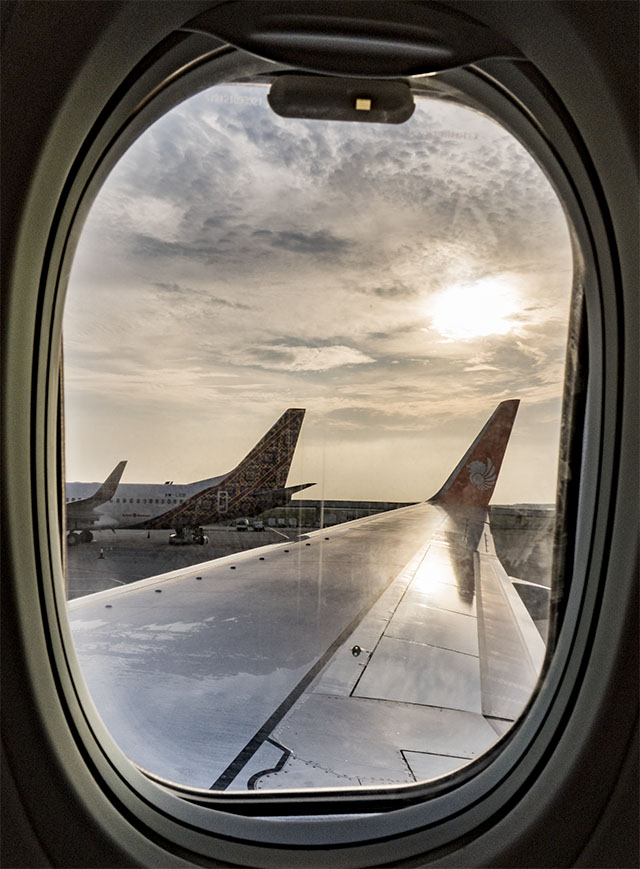 Okay, before we start, let’s clear out the most common myths about finding cheap flights.

After travelling for years now, and booking more flights than I remember, I’ve learned that it is NOT cheaper to buy airfare on a Tuesday, and there is NO evidence that booking your flight 40 days in advance will assure a better price. Neither going incognito will save you from a sudden price hike.

In short, there is NO exact date or specific time period in which to book your airfare. Sometimes you can find the cheapest deal for tomorrow, and sometimes, for after a month!

Now that we have busted a few myths, let’s get back to work and start with some practical tips…

Start with Google Flights or Kayak: The First Step

I remember during my initial days of travelling, I always used websites like GoIbibo or Skyscanner or FareCompare, as my preferred budget airfare tool to find the cheapest deals available. Though I always found them good and a reliable sources, and I still use them today, they’re perhaps not good as a platform, to start with.

Why? Because none of them offers you a calendar-like design where you can compare fares for as far as a period of the next 2 months, all under one window – something that Google Flights or Kayak offers. 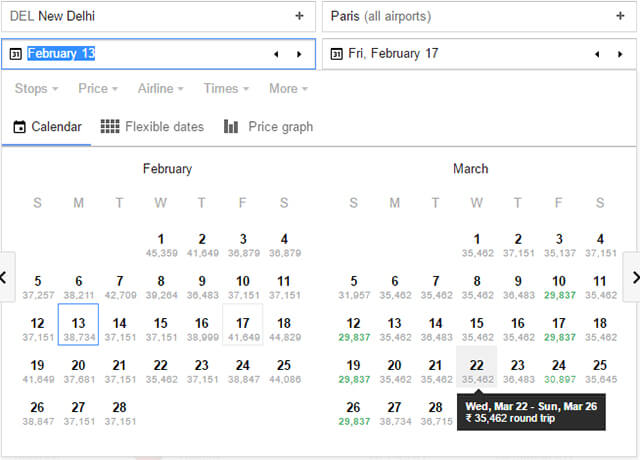 Speaking of my personal choice, I always start with Google Flights because I find it the easiest option. On Google Flights, you can quickly skim through different dates, flight careers, and destinations. In just a few minutes you get a rough idea about three main factors that are more likely to provide you with a cheaper deal: which destination, on what date and by which flight carrier.

Once you get that idea, enter into a more peculiar search using websites like FareCompare and Skyscanner.

Never Book Too Much In Advance

I’ve personally felt that if you book a ticket more than 3 or 4 months in advance, you’re likely to buy it expensive. Though it’s not always true, in most cases, booking a ticket hopelessly early hardly gets you a cheaper deal.

To understand what I mean, open Google Flights, enter any destination and pick a date at least 3 months from today. Now search for the same destination and with the same carrier within 5 or 8 weeks, and you’ll see the difference.

Don’t wait until the last minute but don’t book far, far in advance either.

Book Group Tickets One Person At A Time

If you’re flying in a group, do not buy multiple tickets in a single purchase. Why? Because airlines always show the highest ticket price for a group of tickets and book them all at that price. For example, if you’re flying in a group of three people, the airline will find three seats together and show you the total fare based on the highest ticket price among the three. Meaning, if seat A, B, and C are worth INR 1000, INR1200 and INR 1300 (as aisle, middle and window seats cost different) then you’re going to pay INR 1300*3 in total. However, if you buy them separately, you’ll pay what they actually cost.

So buy all the tickets one by one, and if you don’t get them together, you can always request other passengers to swap their seats with you and still travel together.

Be Flexible With Your Travel Dates

We all know that airline ticket prices vary depending on the time of year. During the holiday season, such as New Year or Christmas, the prices dramatically go up. December and January, for example, are big months for travelling to Southeast Asia due to better weather, just like July and August are big for Europe.

If you’re going to fly to a place where everyone is flying there, the fares are going to be expensive, so try to be flexible with your travel plan.

It is moreover easier to find cheaper flight tickets during the middle of the week than on a weekend, because most people travel on the weekends, giving airlines a fair reason to hike their prices. Early morning and late-night lights are also generally comparatively cheaper, so keep an eye on them too.

Be Flexible With Your Destination

For example, I recently booked a ticket from New Delhi to Zurich, for my upcoming backpacking trip across Europe. Though I wanted to start my journey from Frankfurt, I didn’t book a ticket directly to Frankfurt as it saved me a lot of money. Zurich and Paris are the two main destinations in that region, where most flight carriers have multiple flights, in one day. One side from Delhi to Zurich cost me 15 thousand Rupees, whereas Delhi to Frankfurt was over 20 thousand. Now even when I paid a few Euros for my Zurich to Frankfurt bus ticket, it turned out to be a cheaper deal.

Direct flights are (almost) always expensive – remember this as a rule of thumb! If you want to fly to Marseille in France, and you’re looking for a direct flight from Delhi, you’re surely going to spend a lot more than if you will book a ticket to Paris, and then book another connecting flight (with a small/national carrier) to Marseille. Similarly, searching for special offers can help you save a lot.

Though this method is not for everyone, however, as it is more work checking out different routes and different airlines. But if you put in a little effort in breaking your journey and finding connecting flights between them, you can definitely find a cheaper flight ticket.

At this moment, I’ve opted for at least 10 mailing lists, and follow at least a dozen of flight carriers on Twitter and Facebook. The intention is simple – I want to grab any flash sale or special deals as soon as they happen.

AirAsia and Jet Airways, for example, are two great flight carriers for Indians to follow. They offer good discounts to their subscribers. It’s because of AirAsia’s mailing list that I’ve flown from New Delhi to Guwahati and New Delhi to Bangalore once for under 900 Rupees – something that a non-AC train in India costs.

Got more tips on how to save money on flight booking? Please share in the comments below!