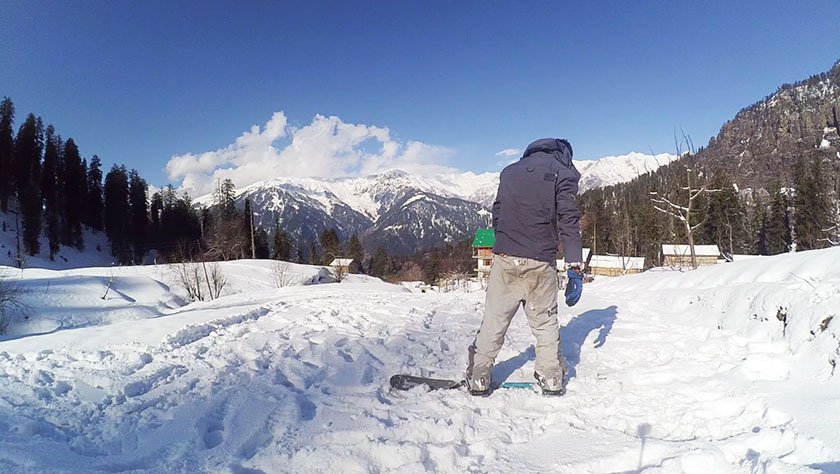 Confidently balancing on my board, I continued my first snowboarding experience. Gliding down the slope with the grace of a gazelle, I slid for a few metres before hopelessly landing on my chest. I realised, when I snowboard, I enter into some kind of meditative mode, trying to balance and not fall off the board. My mind turns thoughtless. No wonder, Snowboarding is a mind-invigorating experience!

A few weeks ago I found myself being intrigued by the idea of snowboarding while planning a trip to someplace offbeat than Manali. But as I enquired more and watched a few videos online, I got a little scared, for I knew nothing about the sport, and the mountain ranges around Manali have some of the steepest and most deadly slopes in the entire Himalayas.

Then I thought, this would mean learning something new at a place where not everyone tries to, and I bravely said to myself ‘I am doing it!

For the next few weeks, crashing, getting uncontrolled, and other hazards made me wince every time I thought about my decision. But To hell with it… I had already promised a Yes to me and there was no chance I was going to back out. 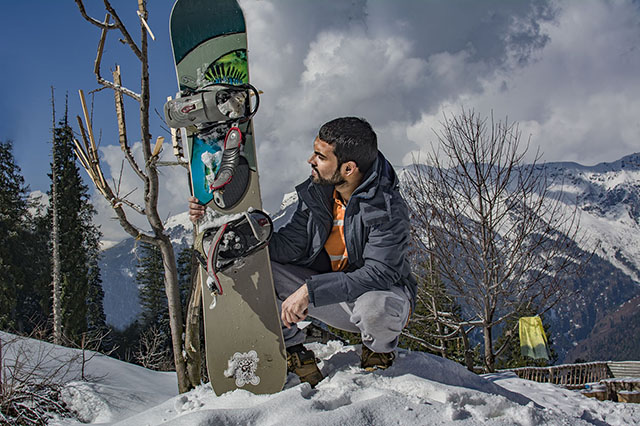 At nearly 2800 metres above sea level (more than 700 metres higher than Manali), the village of Sethan looked like a perfect place for learning snowboarding in India.

Unlike the likes of nearby ski destinations, like Rohtang and Solang Valley, this is where one could practice snowboarding in the Manali area while enjoying the exclusivity of nature.

During my 3-day stay in Sethan, I saw no more than a dozen tourists in the entire town. The place where I stayed – the only ski hotel in the village Sethan, and for long distances beyond – entertained 7 tourists, out of which only three (from the USA) came for skiing. The rest of the crowd (if you will call it a crowd!) was busy throwing snowballs and sipping coffee, leaving all the ski slopes near the property at my disposal. And that will be the case with you too if you had a snowboarding experience in the Pir Panjal ranges of the Himalayas. 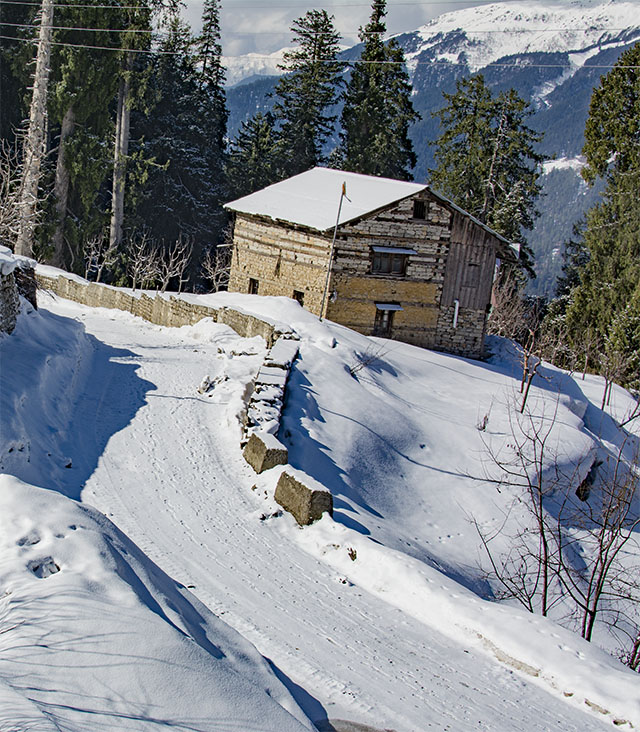 The journey to Sethan started from the town of Prini, some 3 kilometres south of Manali (towards Naggar). The route was itself visually stunning, if not absolutely surreal.

We were welcomed with a heavy hailstorm, as soon as we left Prini and started the journey uphill. The hailstorm soon turned into snowflakes. In the month of March, and with the temperature in New Delhi reaching over 30 degrees Celcius, I did not expect snowfall in the mountains, at least nowhere close to Manali.

But it turned out that for the next three days, as I stayed in Sethan, only more snowfall followed, covering not just the ground but the trees too. The little flakes of white happiness were everywhere. And they made my snowboarding experience just a little more enjoyable. 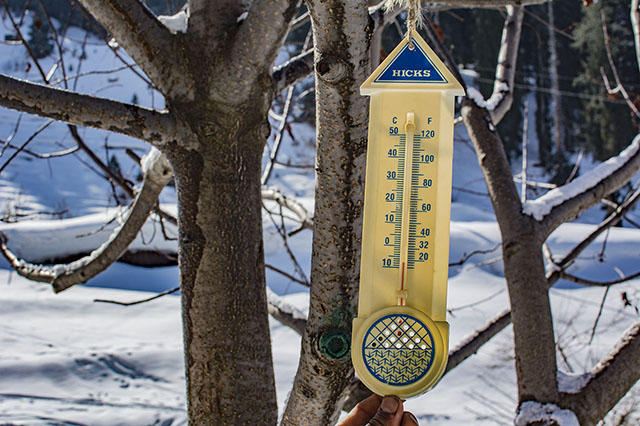 Before the first day’s snowboarding session, I quickly enquired my instructor about the difference between skiing and snowboarding. And I got the impression that I would perhaps like snowboarding better.

It was because I found that putting on your snowboarding gear is easier, and so was taking it off. My coach moreover sounded convinced that snowboarding is more fun, and he himself personally liked it more than skiing. Driven by the circumstances and compelling reasons, I chose to experience snowboarding, and moreover learn it.

My instructor went through the basics — from putting on a snowboard to how to slide, turn and stop. Next, I took it to tiny baby runs, a dozen or so times, under his supervision, until I was sure about handling it myself. And then my instructor left me on my own.

For the next few hours, and the following days, I was on my own, experimenting with the snowboard and learning as I pleased.

Unlike popular ski or snowboarding destinations in India, a snowboarding experience in Sethan was different, for in Sethan you have the exclusivity of being closer to nature and not bumping into other tourists looking hopeless with their ski.

It is moreover very cheap to try this sport here. For example, if you go to Gulmarg, during the ski season of December to March, you end up bleeding at least 2000 Rupees in just your accommodation, and adding to the price is your daily food intake, your ski or snowboarding equipment rent and other things.

I had my first snowboarding experience in Sethan in 2017 and since then I’ve been totally hooked on it. I now run a place by the name of Footloose Camps, near Sethan and organise snowboarding and skiing lessons in Sethan. Check out our Instagram Page for more photos of our 100-year-old mudhouse. 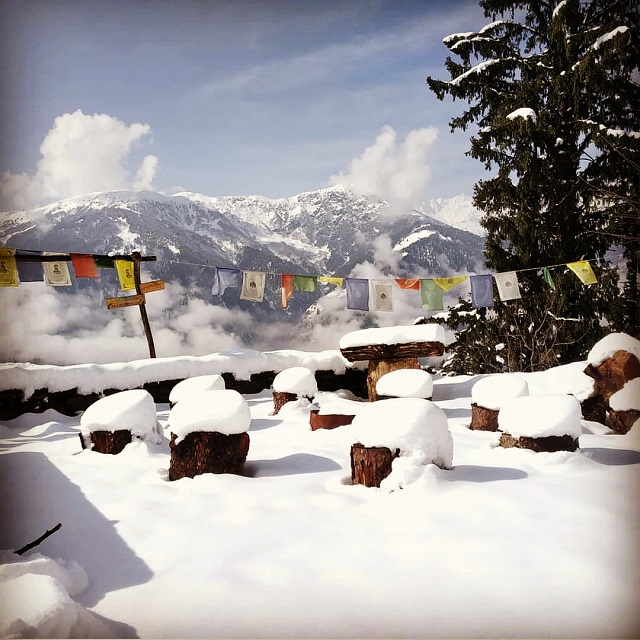 Staying at Footloose Camps in winter is an experience in itself. For booking/enquiry, WhatsApp at 8285695030.