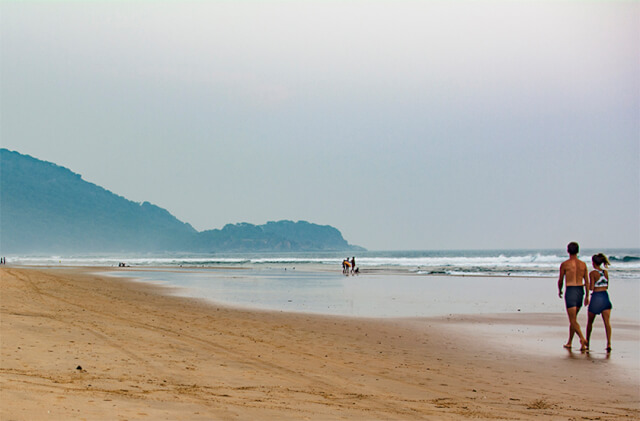 During my first ever trip to Goa, that lasted for a month, I chose to make Agonda Beach my home for most of the time.

Compared to other beaches in Goa, this beach was neither too quiet nor touristy. It had a central location in South Goa and a perfect mix of tourists. From solo backpacker to honeymooners to families, Agonda beach was for everyone!

What made it even more perfect was the fact that the kind of tourist that visited this beach was not into and late-night parties. During my entire 2-week stay there, not once did I hear any late-night parties after the wee hours of midnight – allowing those who cared for it – to hear sea waves in their sleep.

Unlike the quiet beaches of Cola and Kakolem that seemed more suitable for honeymooners, Agonda beach was ideal for any type of traveller – except for those who want to party and get dirty. Not once did I find anyone playing loud music there after 10 or 11 in the night.

Where To Stay At Agonda Beach

I found my stay here relatively inexpensive, something that surprised me, given the time of year I was travelling – the peak winter months.

I rented a sea-facing hut at Agonda beach, at Sonho do Mar with an attached bathroom, a cosy bed and plenty of room to move around and all it cost me was 2000 Rupees a night. 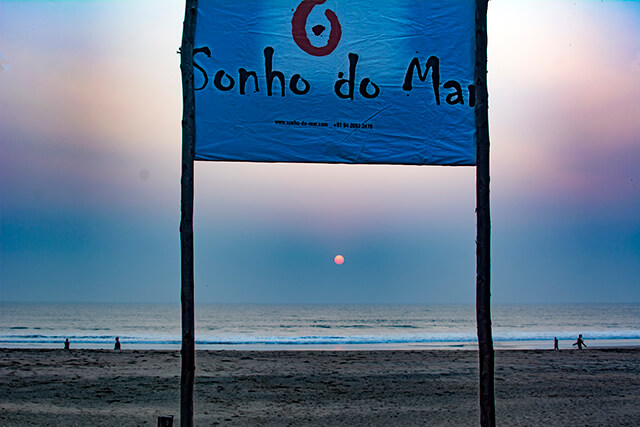 The place was so perfect that as soon as I would leave the hut and walk a few steps, the sea would come and greet me. The beach was less than 10 steps from my bed. From the balcony, there was a clear view of the Arabian Sea. 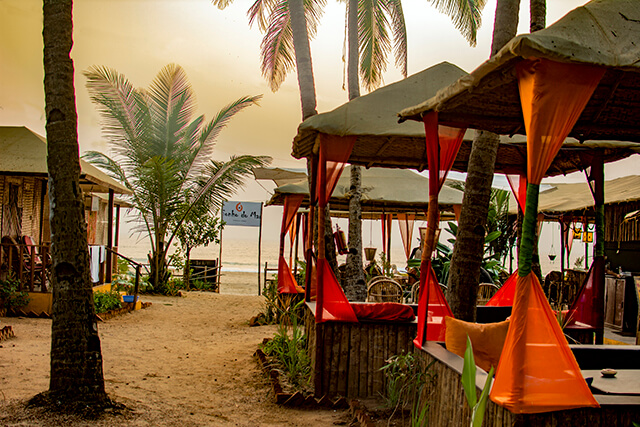 As I said, the hut cost 2000 Rupees per night, but for double occupancy. Having said that, if I had shared it with someone, I could bring the cost down to 1000 Rupees per night – not a poor deal for a place located right over the beach, right?

If it was still expensive, there were other options too.

Agonda beach has over a dozen similar beachside resorts and many budget guesthouses/hostels.

If you’re looking for more option on where to stay in Goa, here’s a useful resource for you: Hostels in Goa. You may also be interested in reading my Goa Travel Guide for more details on what to see and do in Goa in great detail.

Where To Eat At Agonda Beach

As for food, I must admit that it took me a few days before I found a few inexpensive options. In the beginning, I bled a hopeless amount of money in fine-dining with other travellers from Sonho do Mar and I thought it was going to continue like that. 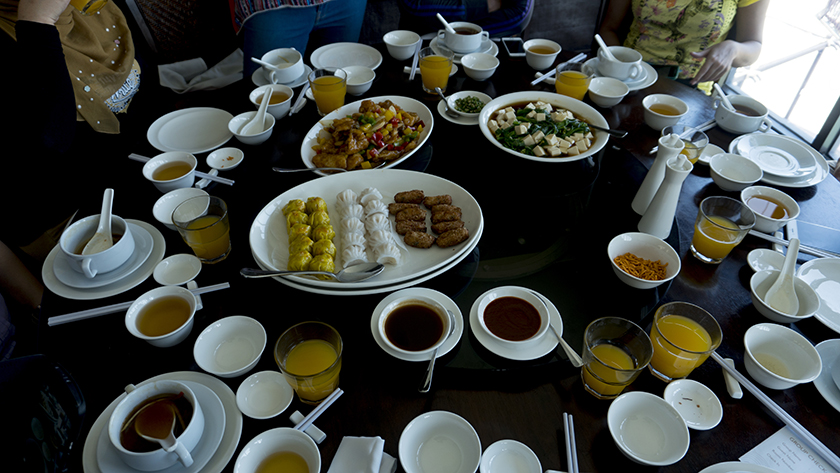 Soon, however, I found a few restaurants in the main market at Agonda beach, with a full-meal having rice, vegetables, salad and fish, costing 250 Rupees or less.

Those with a lesser budget could go to one of the villages nearby, particularly the post office in the old town, and find traditional Goan food. A fish thali at a place serving locals costs around 100 Rupees. Tea and Vada-Pav can cost less than 30 Rupees.

My Daily Routine At Agonda Beach

During my entire 12-day stay at there, I repeated a daily ritual of waking up at 9 in the morning and walking down a few meters down the main bazaar to eat breakfast at my favorite couple of restaurants. I would then head back to my place at Agonda Beach, take a morning swim in the ocean for an hour or so.

Once done, I would take the scooter out, which I had rented on a bargain of 250 Rupees per day, and explore the nearby beaches. 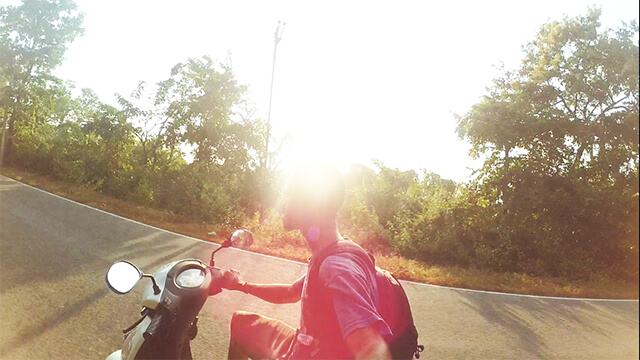 I would eat my lunch and late evening snacks somewhere on the way, before coming back to Agonda beach for dinner. I would enjoy a drink or two with other travellers at one of the beach bars near my hut or at my own place Sonho do Mar. 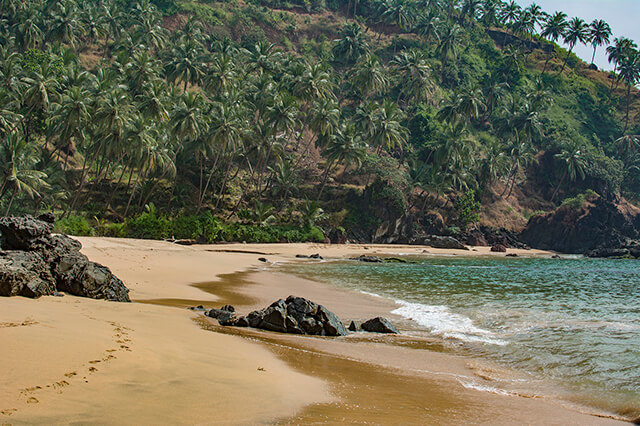 What To Do At Agonda Beach

I think South Goa is all about having a relaxing time by the beach. And if the idea is experiencing Goa on a super-cheap budget, I would not suggest you come to south Goa at all.

But if you’re travelling with another person, and can afford between 1500 to 2000 Rupees per day (including everything) – which should not be a problem for a few days of holiday in Goa – skip the crowds of the north and head straight to south.

Stay at a beach hut: I would recommend staying at one of the many beach-huts. Hear the sound of the ocean, swim in it, eat good food, drink cheap beer and relax and unwind.

Save on food: If you’re eating all your meals at your beach hut or one of the restaurants located on the beach, it can consume a significant portion of your budget. Enjoy a few à la carte experiences, before finding places in the main bazaar that look less fancy and save some $$$.

Rent a scooter: Since Goa is massive in size, unlike other beach cities in India like Varkala, exploring it without having a conveyance at your disposal, is a bit of a task. I advise renting a scooter or a bicycle. From Agonda beach, you can spend a day or two discovering other beaches in its south. This includes popular Palolem and Patnem. Other than that, spend an evening at Cola beach (this was, by far, the most romantic, but also very quiet and isolated). Explore Cabo De Rama, a crumbling old fort and the many colourful villages and palm-fringed paddy fields on the way. A peaceful drive on the perfectly curved roads in South Goa is definitely a no miss.

Agonda beach can be your only destination in Goa. Having said that, let’s discuss how to travel there from Delhi or some other place in India.

The best way to get to travel to Goa is on a flight. The airport in Goa has located around 60 km from Agonda Beach (I know a little far, but Goa is big). A taxi from the airport should take about an hour and a half and cost about 1000 Rupees.

If you are coming from Mumbai or Pune or someplace not more than 500km, a road trip to all the way to Agonda beach makes perfect sense too. Check my Mumbai to Goa coastal route blog to have the best coastal road experience in India.

Here’s a video from my youtube channel for some visuals on what to expect from this route:

If you are looking for an offbeat Goa experience, try a ride in the hot air balloon in Goa.