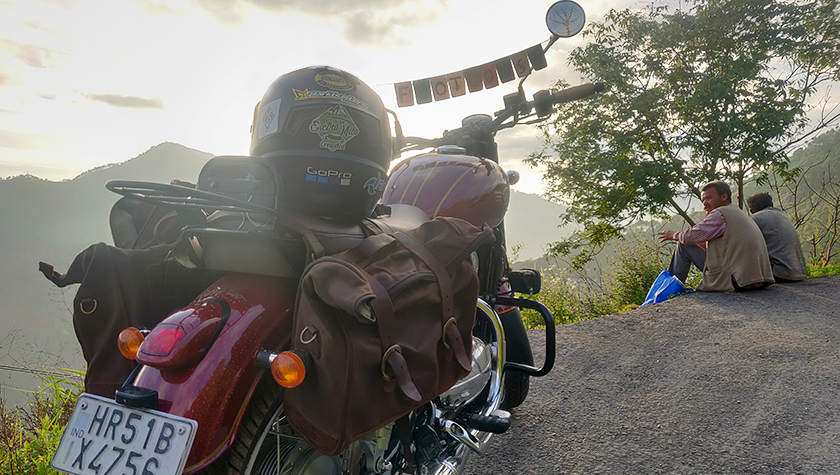 What is the best time to visit Shimla? Monsoon!

For a long time, I kept myself away from traveling to Shimla, and this was for one reason – Shimla is a popular tourist destination and remains crowded most of the time of the year.

Hill-stations and mountains, for me, are a synonym to peaceful. And if I know that I am going to find a big crowd to where I am going, I stay away from it.

But then, a part of me also always want to visit popular places and see what actually made them so popular in tourist charts in the first place. Why is it that there are 10,000 Google searches about the best time to visit Shimla and half of it for Kotkhai as a destination in Himachal Pradesh?

So this time, as monsoon hit Himachal Pradesh hard, and the news made people stay away from it, I found myself the perfect time to go and explore some of the top tourist destinations in Himachal Pradesh. And Shimla was one of them.

Despite being born in Shimla (and not staying there for long before my family moved out) I never felt an urge to revisit and explore it. And this was for one simple reason: Shimla is an overrated and terribly crowded destination.

In peak tourist season Shimla loses its charm under overwhelming crowd, new-age ice-cream vans and constant patrolling. During the peak season, Shimla feels less like a mountain town and more like a capital metropolis (with the Himalayas in its background) that jostles for space and suffocates in heavy traffic, even at midday. So yea, peak months is certainly not the best time to visit Shimla.

During the peak summer months of April to June, you will find people struggling to walk on the mall road with newly married couples pumped with amorous mischief. There will be enough to shop and drink, but the quintessential hill station charm will be missing. 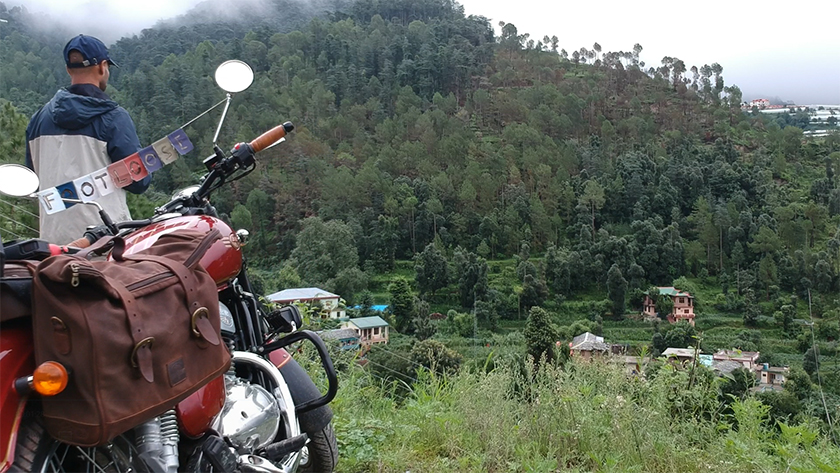 I remember when I visited Shimla a few years ago on a solo weekend trip, in the month of April, all I wanted was a symphony from the crickets and some clear night sky to go with the chilly evening, but what I rather found was more crowd than I find in Delhi on a weekend, with younger people going haywire after a few drinks and older ones wincing about it. The Shimla I was hoping for was somewhere missing.

Also Read: Chail vs Shimla: Which Is Better?

And then I visited Shimla earlier this month in August 2019 when a monsoon hit Himachal Pradesh (almost) all-time high. With news warning people to avoid Himachal for the next few weeks, I found a perfect time to explore Shimla. 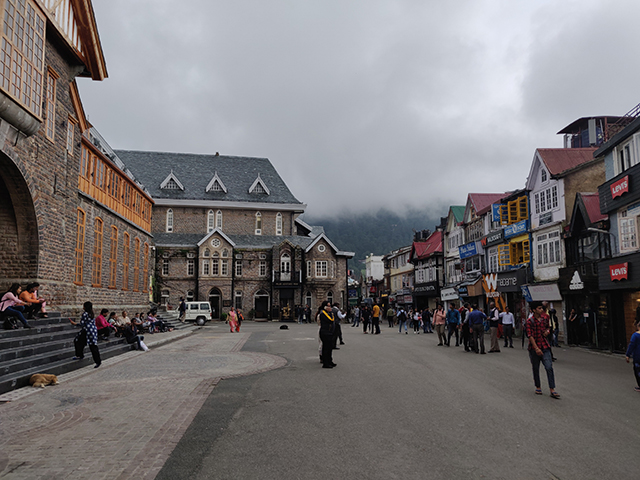 Shimla in monsoon is a different story. It is during monsoon (between July and August) when it is the greenest, quietest and cheapest (to stay). Popular tourist hotels are either shut down or impatiently waiting to welcome any tourist that come knocking their door.

Traffic isn’t too bad and walking on the Mall Road is not overwhelmingly exhausting. Everything in the town moreover looked orderly and neat.

Having said that, for me at least, Monsoon was the best time to visit Shimla. 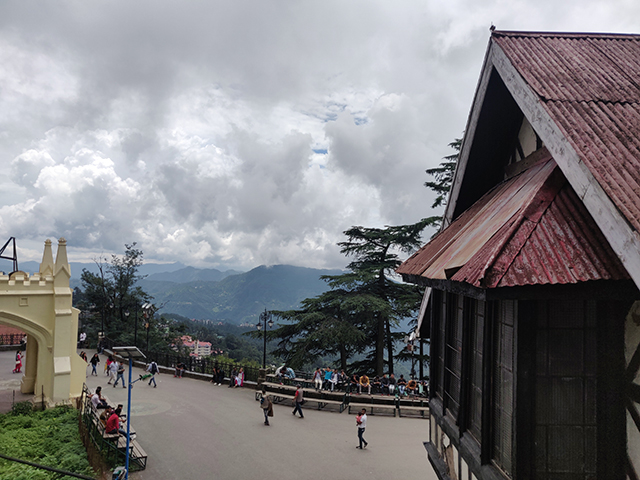 During the month of August when I visited Shimla, I hardly saw any tourists around. The place where I was staying, despite having a capacity of 20-25 tourists had only one guest to look after.

Why Monsoon Is The Best Time To Visit Shimla?

Shimla isn’t hopelessly tucked away from the real-world that getting to Shimla (or escaping it if the weather turned worse) will be a challenging task. Chandigarh-Shimla highways – that is now getting two more lanes – is, almost always, in good shape.

Unlike Chandigarh-Manali, Chandigarh-Shimla highways get comparatively no landslides and the distance is less than half, making it a fairly safer deal to visit Shimla pretty much in any season. 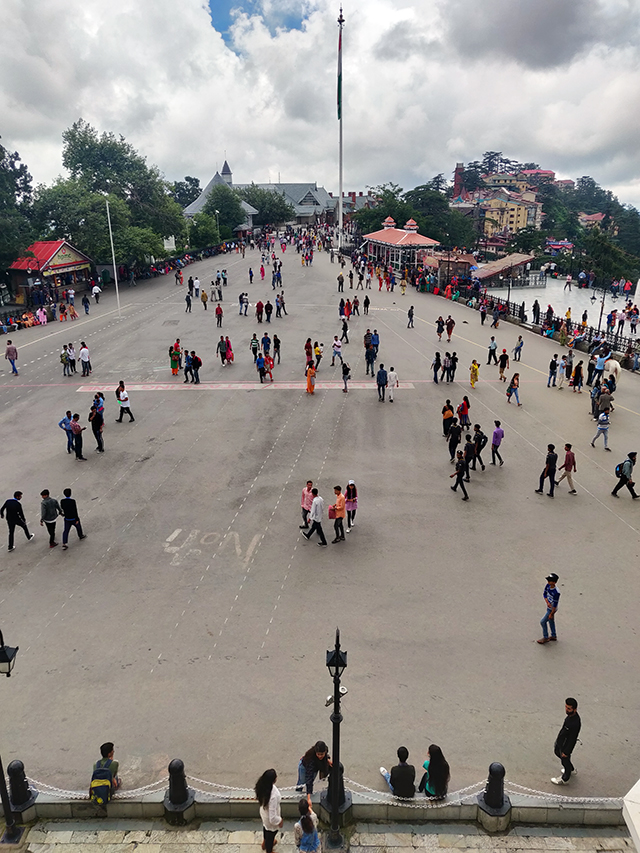 What To See And Do In Shimla

The Mall Road is the main street and the center of activity in Shimla. This is where you can shop, eat and even spot some of the colonial buildings Shimla is known for. A visit to Shimla, no matter for what purpose, is incomplete without a walk along its Mall Road.

Designed by British architect Henry Irwin, the Viceregal Lodge dates back its foundation to 1888. It has served as the residence of the British Viceroy of India and is one of the most impressive colonial buildings in Shimla (or perhaps in entire India).

Get a guided tour of Viceregal Lodge when you are in Shimla and explore rooms with a collection of photographs, books, rare artifacts all combined in one place. 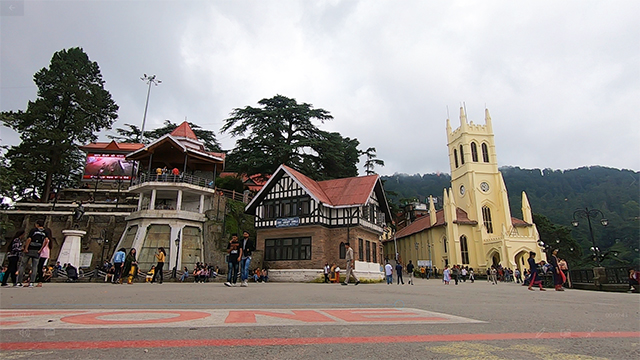 Dating back to 1857, Christ Church in Shimla is the second oldest church in India. If you will Google for Shimla Street Photos, you will see Christ Church in most of them. Situated on the Ridge, it’s a fine display of neo-Gothic architecture – a spectacular sight to behold and take back with you as a memory.

Though it’s a different thing that all the construction that has happened in Shimla has taken its natural beauty away, what it has rather given is a sight that no other Indian Himalayan town offers: yes, I am talking about the concrete jungle of Shimla we keep hearing about. When in Shimla, it’s worth visiting the neighborhood of Sanjoli where you get to see the maximum number of buildings in one place. 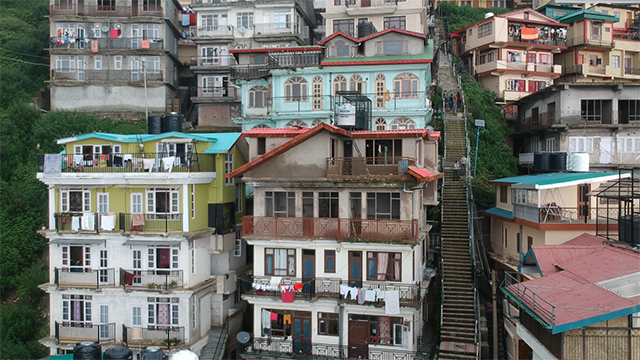 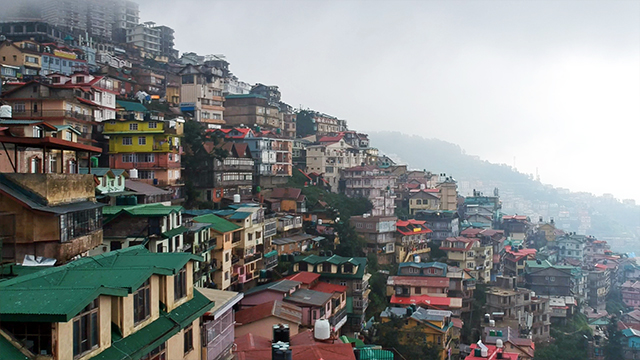 Stroll on the Ridge

The heart of the soul of Shimla town, the Ridge is the hub of activity with tourists coming to see several colonial-style buildings including a church and library and statues of Mahatma Gandhi.

You may not enjoy the a stroll here in the peak summer months. The best time to visit the Ridge in Shimla is either winter or monsoon.

Just like a stroll on the Mall Road, your visit to Shimla is incomplete if you didn’t take a ride in Kalka-Shimla toy train. The 96-kilometer route provides scenic vistas while taking you through 864 bridges and 102 tunnels, including the longest one at Barog.

Where To Stay During Best Time To Visit In Shimla

When it comes to staying in Shimla, be rest assured that you can choose from pretty much everything – from budget backpacker hostels to new age five-star hotels. The only problem is, Shimla is a busy and crowded place, and if you want to spend a quiet evening, you will have to find a hotel that is a little tucked away from the main town. 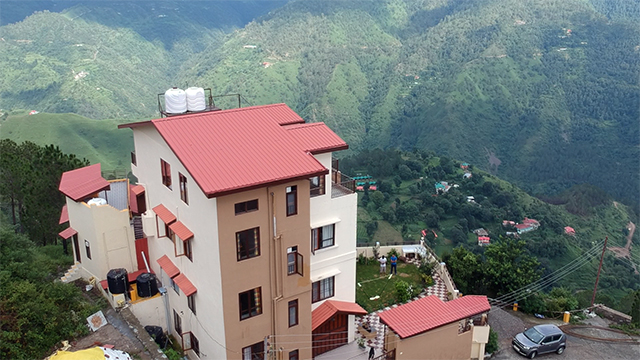 During my visit to Shimla, I stayed at Hackrett Stayz by LivingStoneStays that was run by a local family (hence giving a true homestay experience) and was located almost 8km outside of the main town, giving sweeping views of the valley and a peaceful neighborhood.

And here’s a travel blog I made on my Youtube Channel:

Also, what is the best time to visit Shimla according to you? Leave a comment below.