Looking for Sach Pass Itinerary for an ideal bike road trip? Planning to do it via Bairagarh to Killar? Here’s an routemap and some tips you should follow.

Before I start with this detailed itinerary blog, here’s a Youtube video of our Bairagarh to Killar Sach Pass road trip on bike, for you to get an idea of the road conditions:

For some reason, Sach Pass road trip has become the new favourite among the Indian motorcycle community. I’ve heard riders sharing their stories of how it was more adventurous any other circuit in the Himalayas.”Spiti Valley circuit is only longer, but the real adventure is in Sach Pass bike trip bro,” I remember someone once saying it so proudly that I decided to plan a motorcycle myself.

To be honest, it was a good adventure but there was nothing extraordinary about it. The itinerary was not confusing, the river crossings were not deadly and the road conditions were quite similar to how I found at Chanshal Pass (Shimla district’s highest motorable pass).

So yea, it was, at least in the month of September, was pretty average. And basis on the route I followed and things I observed on the way, here’s a quick Sach Pass bike road trip itinerary, following Delhi-Bairagarh-Killar-Keylong route.

I have also written an article on the planning phase that you can read in this Sach Pass Blog.

Every time I do Delhi to Manali, the first 250km of a long boring highway stretch (until I reach Chandigarh) remains the most dreadful experience of the entire journey. And this time, as I planned Sach Pass itinerary, Delhi to Bairagarh on Day 1, I did not have 250 km of riding on highways in plains, but double the distance… 500 km.

The Delhi to Bairagarh route goes via Patnkhot with a total distance being nearly 700km. As you leave Pathankot, you enter the foothills of the Himalayas. From Pathankot to Bairagarh, the distance remains nearly 200km. 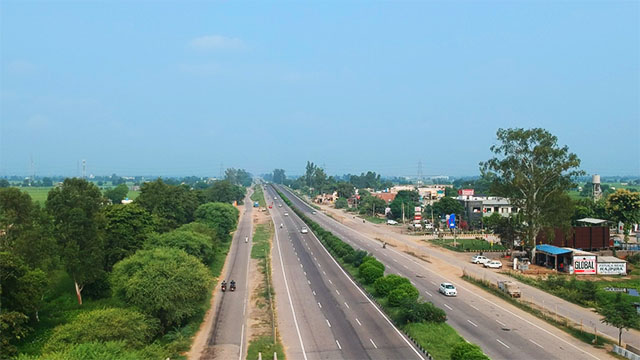 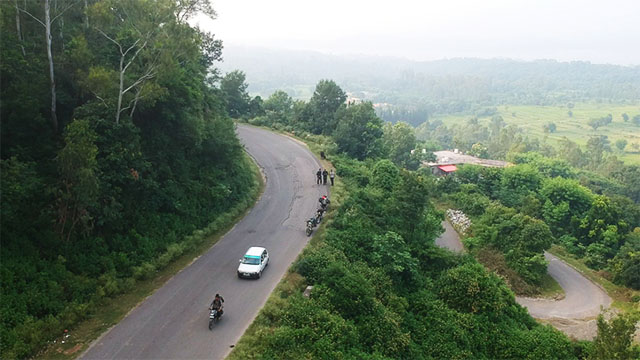 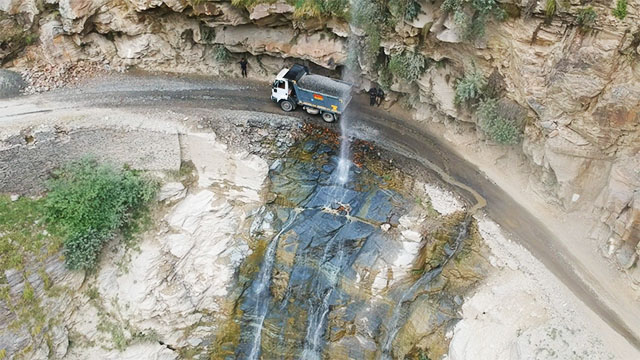 The road from Delhi to Pathankot remains pretty good in shape and you can reach Pathankot in about 7 hours (with a few stops). Once you start ascending the mountains from Pathankot, the road conditions remain a mix of good and bad. Starting Pathankot, your Bairagarh to Killar Sach Pass itinerary will take you through Banikhet – Chamera Dam – Koti – Tissa – Bairagarh.

Until Tissa, the road is in a good shape, and the real fun starts after Tissa when any hints of tar on the road disappears and you are left with a narrow dirt trail to follow.

As you get closer to Bairagarh, you will start coming across water streams, waterfalls, and landslide-prone areas. 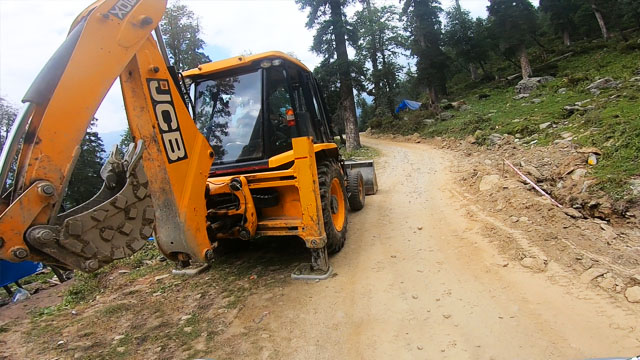 Delhi to Bairagarh is a nearly 14-hour journey. So leave Delhi in time and skip the traffic, especially if you want to complete your Sach Pass itinerary in just 3 days. I started from Delhi at 4 in the morning and reached Bairagarh around 9 in the night.

Here is the Day 1 ride of the video that I’ve published on my Youtube channel:

After Bairagarh, the real nightmare starts, and any definition of “Road” disappears. Water streams start appearing, with an overdose of slush and landslides until you finish your journey in Killar.

From Bairagarh, your Sach Pass itinerary will take you as following…

You will find places to eat in Kalaban, Satrundi, and even on top of the pass. 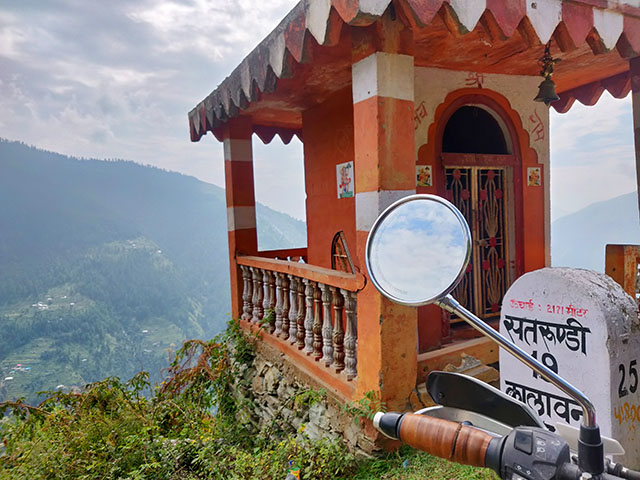 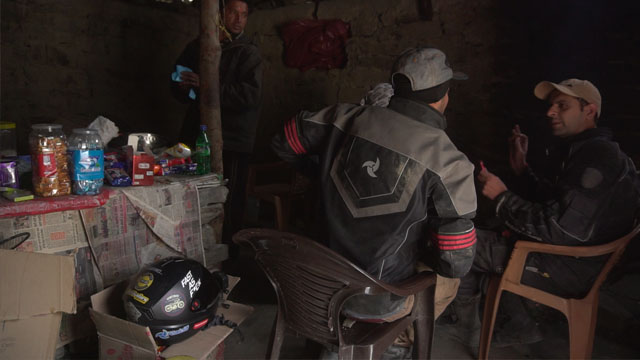 The moment you start descending (from the Pass) towards Killar, you will come across Bagotu Nallah which remains the toughest river crossing of the entire trip, no matter which month you’re doing your Sach Pass road trip. In the month of September, Bagotu Nallah is the least ferocious and feels more adventurous than deadly.

The road condition until Killar is extremely nightmarish and possibly the worst you will find throughout the trip. It can take 5-6 hours to do Bairagarh to Killar.

Here is the Day 2 ride of the video that I’ve published on my Youtube channel:

I remember when I was in Killar, I thought the road to Keylong will be in good shape and will take a couple of hours to reach (at least that’s what Google says) but it was nothing like that. It took me around 7 hours to do Killar-Keylong. 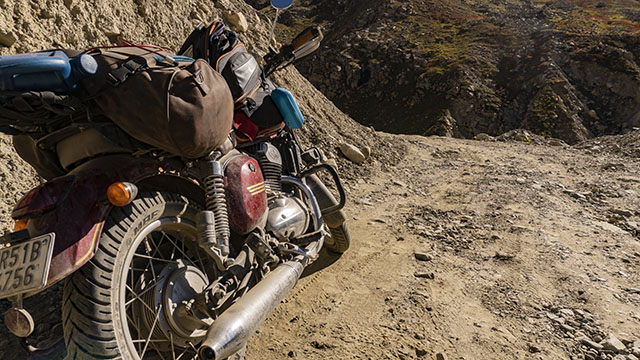 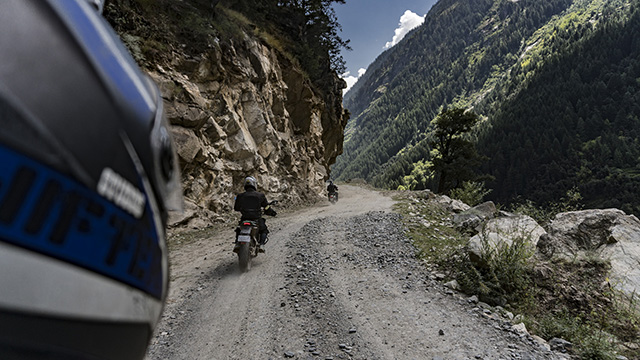 From Killar until Udaipur, the Sach Pass road remains a mix of dirt trail with no hints of tar. There will still be slush, a few water crossings including the Madgran Nallah which may again have you thinking for a minute about how to cross.

From Udaipur however, the road to Keylong will mostly be good shape.

Again, think of Killar to Keylong as a 7-8 hour journey and plan accordingly. You will not find many villages or mechanical help between Killar and Udaipur. Once you’re in Udaipur, your Sach Pass itinerary is conquered.

Here is the Day 3 ride of the video that I’ve published on my Youtube channel:

After this ride, I went straight from Keylong to Kargil, via Shinkula Pass. You can read more about it here: Shinkula Pass Motorcycle Itinerary

What Is The Best Time For Sach Pass Road Trip

From my experience, the months of September and October remain the best and safest months to do it. This is when the river crossings in this are are the easiest.

As soon as the winter subsides (starting March) the numerous rivulets caused by melting snow make the route slushy and full of river crossings. This is when you can find waterfalls down right in the middle of a road (and I meant SEVERAL WATERFALLS). Then comes monsoon which makes it an even worse time to do Sach Pass road trip or any other high pass for that matter. Rain not only adds to all the water streams and waterfalls but also creates a serious risk of landslides across the route. After Monsoon, September is the time when the road conditions get better.

So yea, in short, September and October are the best time to do this Sach Pass itinerary. 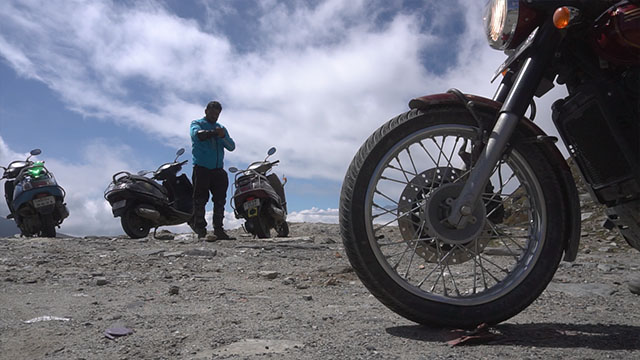 I was carrying Vodafone and Airtel during my trip, but the two friends I was travelling with had BSNL and Jio. So speaking of them

Have you done this Sach Pass road trip itinerary on a bike or a part of the Bairagarh to Keylong route? How was your experience? If you think I’ve missed any detail, please share it in the comments below!