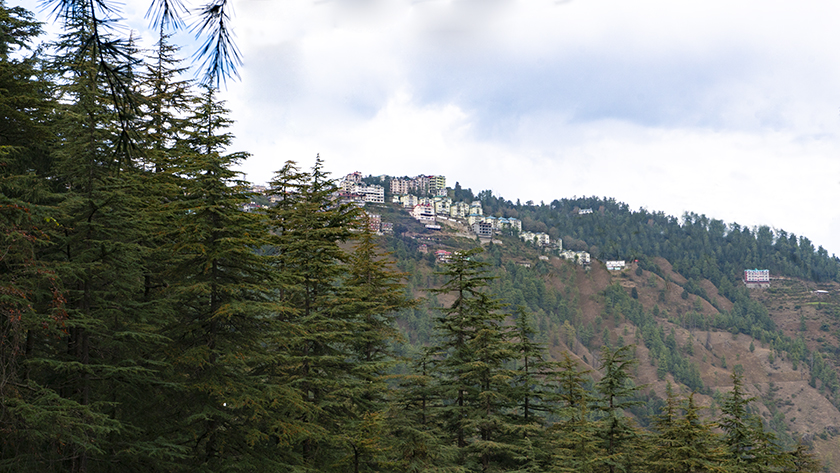 Looking for a peaceful alternative to Shimla? Try some camping at Mashobra Greens and enjoy the offbeat.

So last week took me to Mashobra (from Delhi) and a few other places around Shimla. I planned a solo-camping trip across a few places in Shimla region with my newly invested 20 thousand Rupee tree-hanging/flying tent. Here’s a quick video of my Flying Tent on Youtube, or watch it here:

The original plan wasn’t to visit Mashobra Greens. But as I reached Shimla, the weather turned unfavourable. It was the second week of November, and winter, at 2000m above sea level in the Himalayas had already begun. Where winter, with good camping gear – including a -15 degree Celsius sleeping bag, as I had it – is not a problem, if it’s raining and you’re on a motorcycle, it’s a problem. In fact, a very big problem. And that’s exactly was the case.

As I reached Shimla, it started pouring. And in no time, I was wet and cold and hopeless. It was time to look for an alternative destination to Shimla (because I hate crowded towns) book a place and spend the night. And Mashobra became the answer.

With a grumpy face and an agitated mind, I started looking for a place online and came across this name called Mashobra Greens.

I had a little introduction to the town of Mashobra during one of my previous journeys and knew how it could be a much better alternative to Shimla. And Mashobra Greens felt like an assuring place to stay. So in no time, I booked a tent with them and headed my way.

Located about 12km, Mashobra Greens offers Swiss Tents and Mudhouses in the luxury segment (at least that’s what their website says). Where the establishment was pretty nice and the staff was great, I particularly enjoyed the setting that it offered – ‘right in the middle of nowhere’ kind! 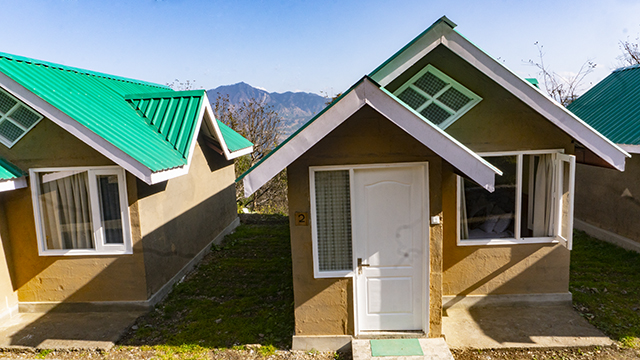 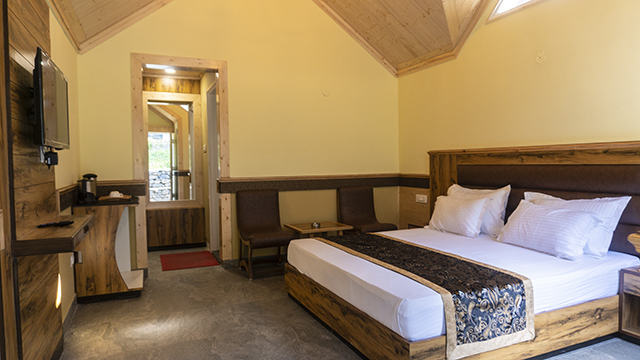 It was certainly a place that made up to me for bad weather.

From inside my tent, the mighty Pir Panjal range was visible at a distance. 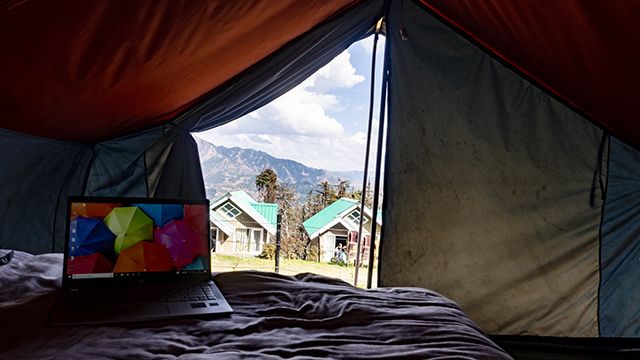 As I came outside of the tent the Pir Panjal was no longer the highlight but the surrounding deodar forest!

I was told that Mashobra Greens also offers activities like Flying Fox, night trekking, rappelling, and walking the Burma bridge, among others, but for an intrepid like me, they held no charm.

Mashobra Is Better Than Shimla

Now that we have started it, let’s discuss how Mashobra can be a better alternative than Shimla – at least for nature lovers.

Despite located at a slightly lower altitude than Shimla, Mashobra remains a few degrees cooler throughout the year, and that is because of its rich forest land.

Where Shimla is crowded and bustling, Mashobra is greener, amble and surrounded by a dense deodar forest. Other than Dodar, you will find Oak, Rhododendron, and Pine trees. No wonder, it was a better alternative to Shimla. 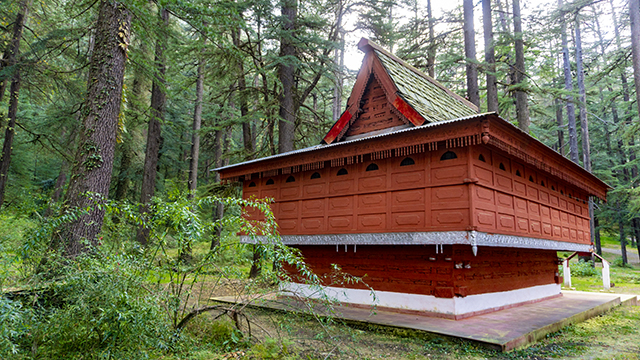 And then there is easy transportation option between the two. From Shimla, Mashobra is less than 15km away, and frequent buses and shared cabs make it literally no hassle to get there

If you’re staying in Shimla, let me tell you that you can even book an Ola from Shimla to Mashobra. And it’s that easy to travel.

Also Read: Chail or Shimla: where to stay?

Things To Do In Mashobra Greens

Other than camping, it is a great place for trekking and some adventure activities like rappelling, river-rafting, zip-lining, and quad-biking. Nature lovers can find their own trail, hike and try birdwatching. 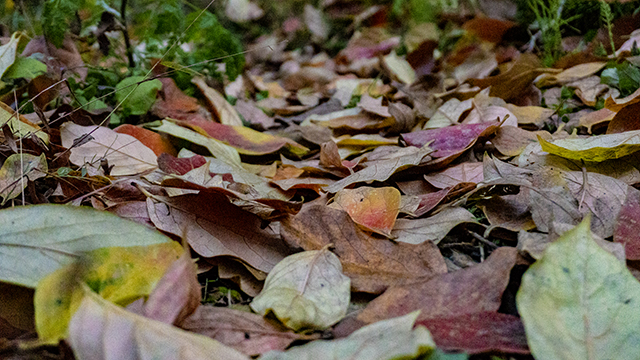 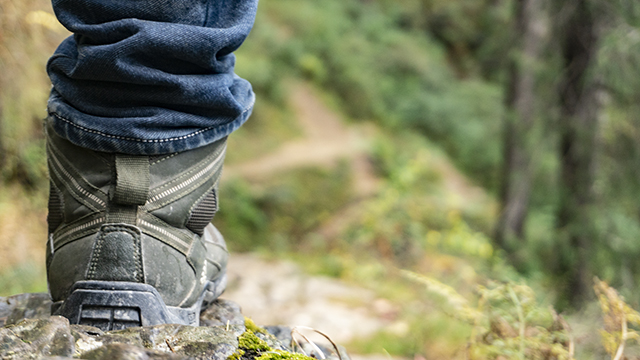 There’s a tiny bazaar (kind of a Mall Road) as well in the town for keen shoppers with general utility stores, food stalls and souvenir shops. But since you have the most impressive Mall Road (of Shimla’s) nearby there’s no point in shopping anywhere else.

Here are a few other things to see and do around at Mashobra Greens:

Where those are some regular suggestions for those who prefer a busy holiday, Mashobra, as essentially a place for slow travellers – for those who like to relax, unwind and just be!

Delhi To Mashobra: How To Travel

Honestly speaking, it makes no sense to travel between Delhi and Mashobra on a flight. I, moreover, don’t think if anyone, who knew that it’s a 350 km journey, would have even tried to fly between the two destinations. But if you still want to do so, you need to book a flight from Delhi to Shimla (which is going to cost you a fortune) and then book a cab to Mashobra. If you actually happened to fly between the two destinations, please do me a favor and leave a comment about your experience below. I am sure the world would want to know about it.

By Bus or Train

If you’re travelling on a bus, however, take the overnight bus from Delhi to Shimla (as there are no direct buses) and then another local bus from Shimla to Mashobra. You can also take an Ola or a local taxi from Shimla, which saves a lot of time and isn’t expensive at all. For buses, I always suggest booking by HRTC roadways.

If you’re driving from Delhi to Mashobra, it’s best advised to leave early in the morning, escape peak hour traffic in Delhi and reach Chandigarh before noon. From Chandigarh, it is a little over 4 hours drive. If you found traffic in Shimla, it may take more time.

Have you stayed at Mashobra Greens? How was your experience?