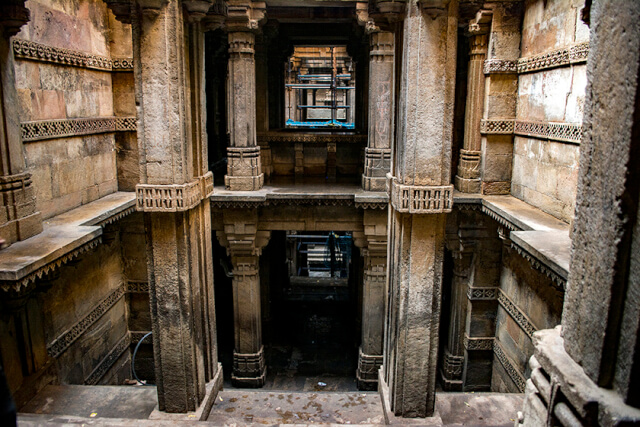 Stepwells Of Ahmedabad: An entire era!

From Baroda, in the south, to Patan, in the north, Stepwells (or vavs, as locally known) can be found almost across Gujarat. For hundreds of years, their efficiency in storing water, in response to the semi-arid climate and seasonal fluctuations, helped the local population strive and survive.

Today vavs represent the rich history and act as prominent historical sites for architecture students and tourists. It is believed that some of these vavs were originally built during the Indus-Valley civilisation. Ahmedabad, too, has two prominent vavs, and both of them are extraordinary heritage sites to visit.

I ended up visiting three Ahmedabad stepwells after an undeniable request from an autorickshaw driver, according to whom, Mata Bhavani and Dada Hari vavs are an important cultural heritage, gifted to his city. Hopelessly driven, by his will, I decided to give the two vavs a visit – not to mention it was a good excuse to see a few more tourist places in Gujarat.

Honestly speaking, I found them just as beautiful a highlight as many other tourist destinations in Gujarat, including the popular Lakhpat Fort and Rann Utsav, in Kutch.

My first stop was Dada Hari ni Vav, a carefully designed 500-year-old vav, which was originally built under the reign of one of the most prominent Sultans of Gujarat named Mahmud Begada.

It got darker as I went deeper inside the stepwell, making me wonder how the artisans might have created such a masterpiece back in the days. 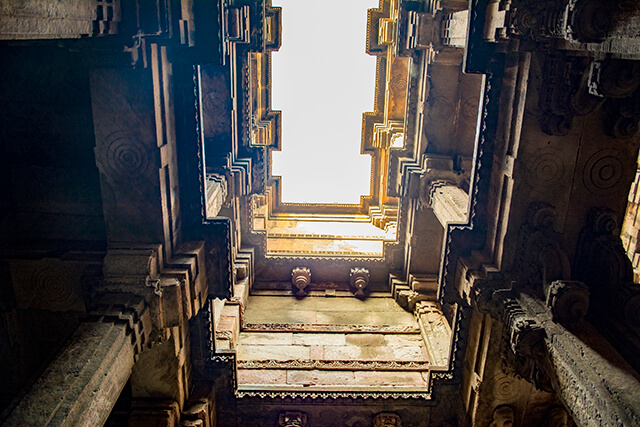 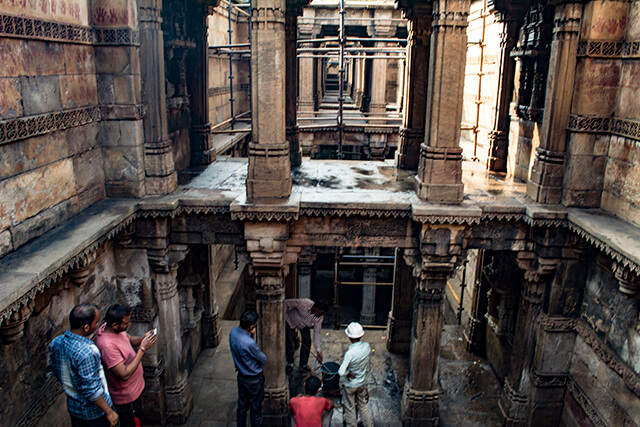 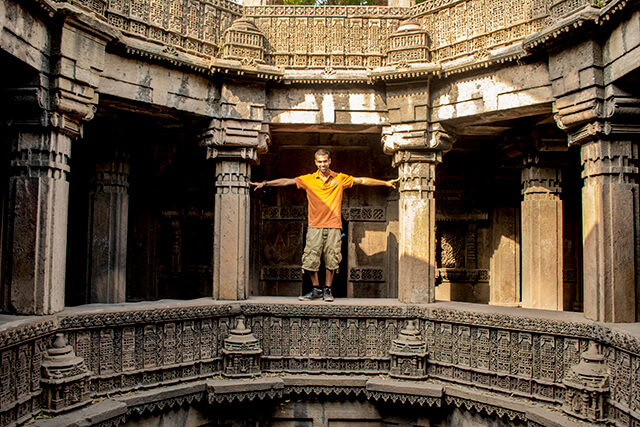 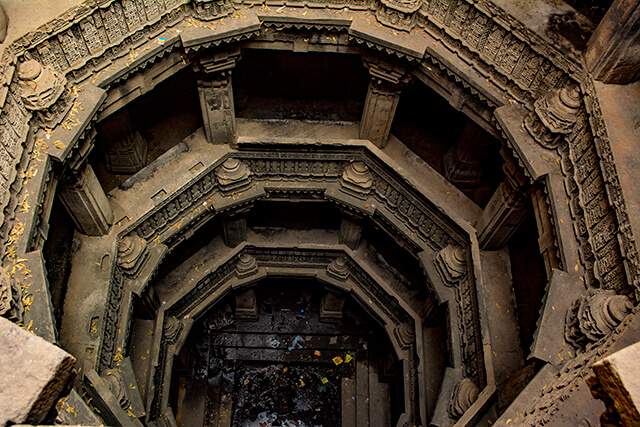 Just behind the Dada Hari ni Vav is the mosque of Sultani, where tourists are totally allowed to walk in and even take photographs. This was also built about 1500 AD and is said to be the final resting place of Bai Harir. 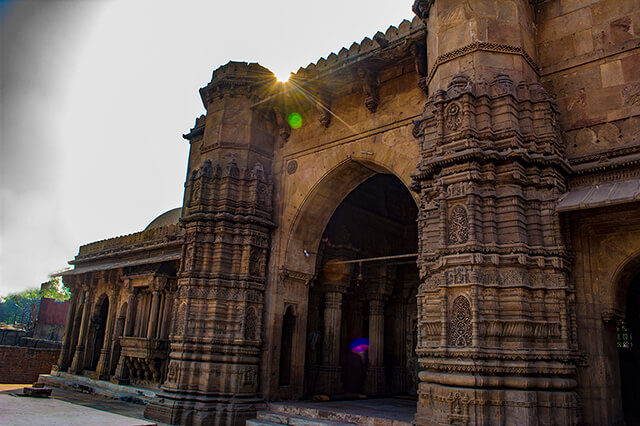 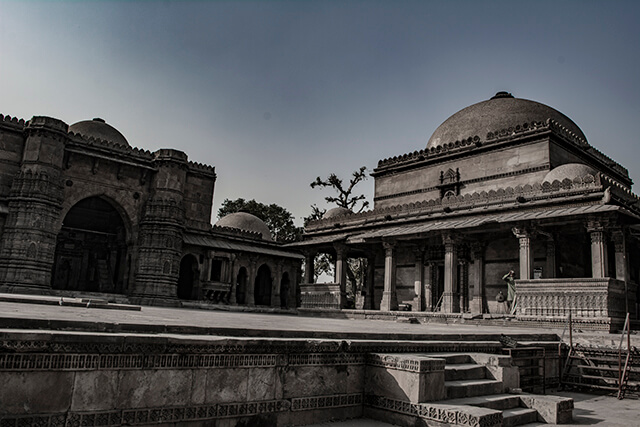 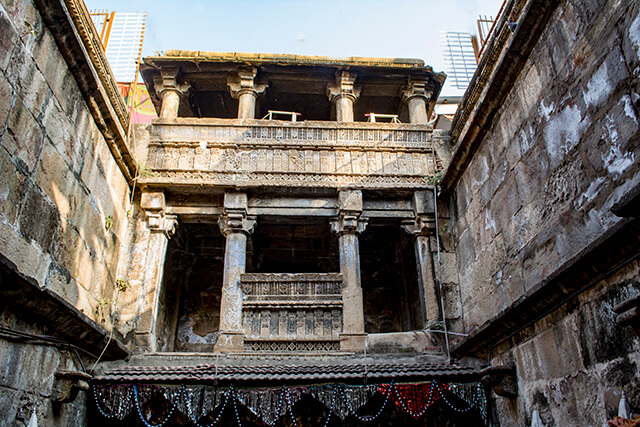 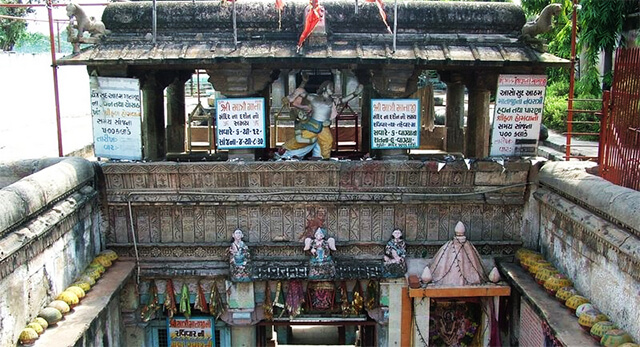 Unlike other stepwells in Ahmedabad, Mata Bhavani stepwell seemed to have a total Hindu influence, with its much later constructed small shrine of Hindu Goddess Bhavani, located at the lower gallery. It is from the shrine from which it has derived its name.

Though few may find Mata Bhavani stepwell a little smaller in size, its beauty and rich history cannot be disregarded. Built in the 11th century during the Solanki dynasty rule in Gujarat, it is one of the earliest existing examples of stepwells in India. 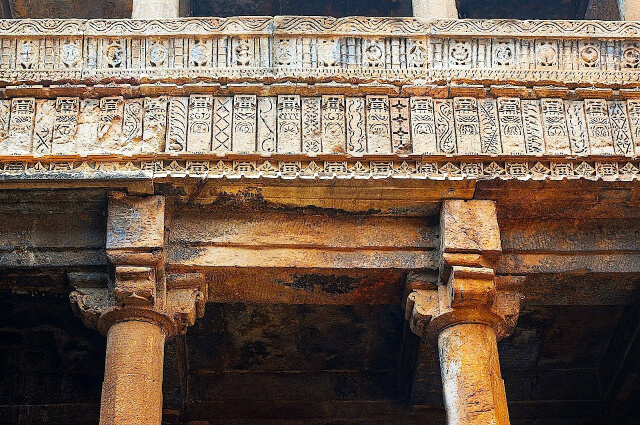 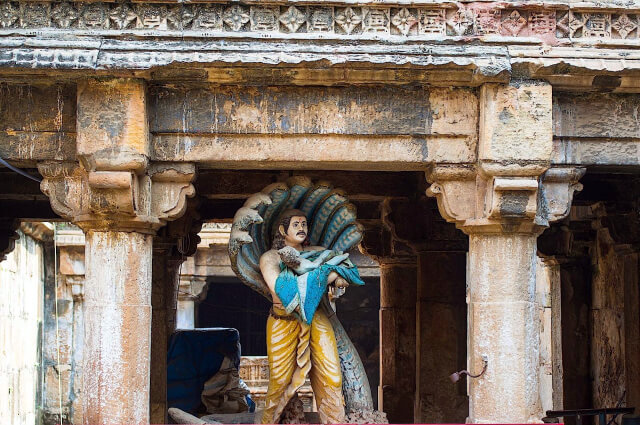 The contrast between the two was stark. Where Dada Hari ni Vav appeared to be lost in oblivion, as if slowly losing its battle against the changing time and generation, Mata Bhavani ni Vav was all lively, colourful and perfectly restored. It moreover had a specified visiting hour between 10 am and 6 pm. Dada Hari ni Vav, on the contrary, was open wide apart for humans, dogs, and apes, alike. I can’t say which one I prefer. I think both had their charm.

Additionally, if you are in the town for a few days and are looking for more tips on what to see and do there, check out my Ahmedabad travel blog. I also suggest you check the Gujarat tourism website for ideas beyond what I have covered in my travel blogs.

Where To Stay In Ahmedabad

I stayed in French Haveli, a 150-year-old artistically restored haveli. It was located inside the heart of Dhal ni Pol. A few minutes walk from the haveli took me to the famous and always busy Manek Chowk market, the nearby Muslim tombs of Ahmedabad’s first King and Queen and the beautiful Jama Masjid.

The Ahmedabad stepwells mentioned in this blog can moreover be easily visited from the haveli in a short auto-rickshaw ride.

Also, read about these popular places to visit in Kutch