Okay, before I continue with my 24 hours in Lucknow itinerary, I would like to admit that there isn’t much to travel in Lucknow. But if you believe in the saying that quality over quantity matters, Lucknow may just be a place you don’t want to miss.

The buildings were so colourful, intricate, and inspiring. There are parks, the Gomti River and the many ancient markets to explore as well.

But as I said above, Lucknow doesn’t have too many tourist highlights, and for most Indians – who always have a limited time in hand – spending only 24 hours in Lucknow makes perfect sense. So here we go…

Start your day with a quick tour at Husainabad Trust Road. 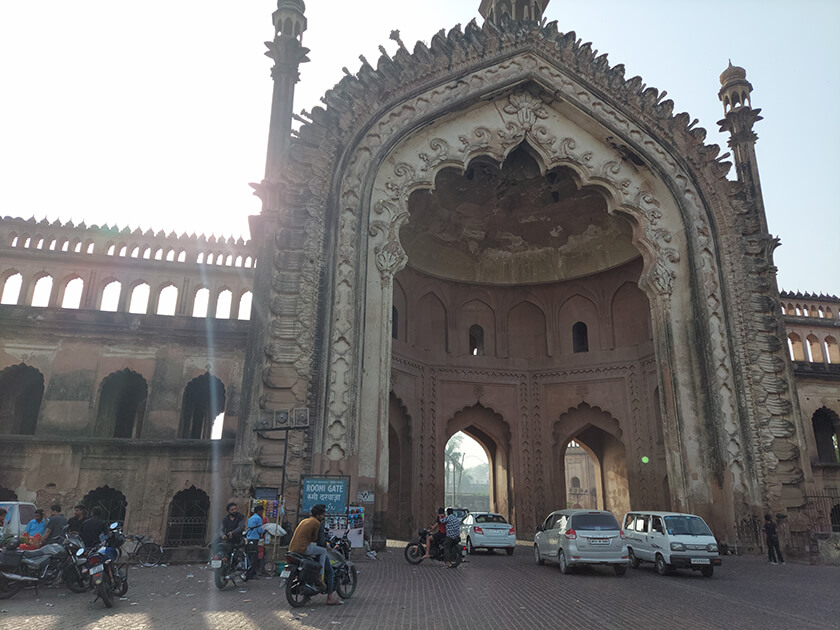 The nearly 1 km stretch of Husainabad trust road is where you will find all Navabi monuments — from Bada Imambara to Clock Tower to the Picture Gallary in Lucknow.

Start your tour at the Husainabad Trust Road early in the morning, 7ish types, and you should be able to cover most of the highlights before lunch.

It also makes sense to start early as soft morning light will get you better pictures. 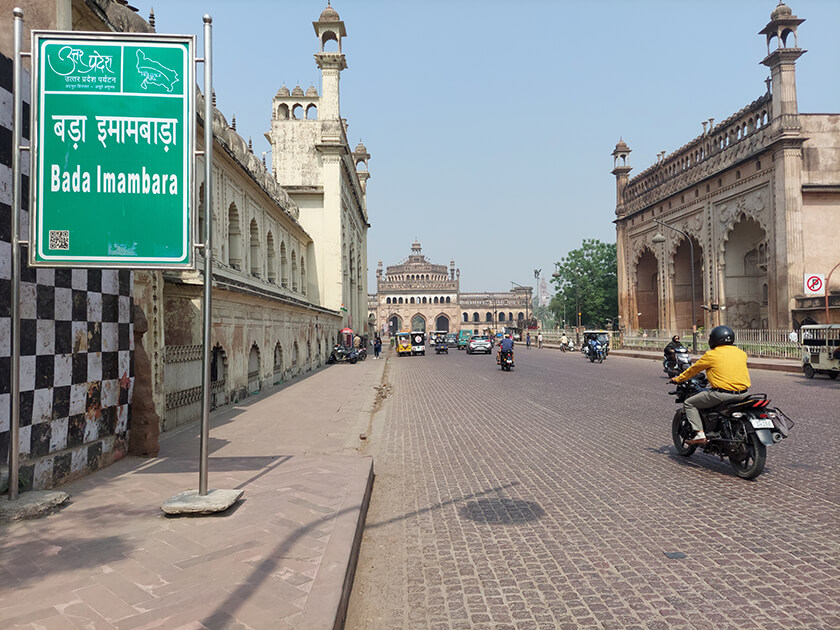 The architectural and structural design of Bara Imambara is one of its kind and given it’s one of the prominent mosques in India, it does make sense to begin your day by visiting the Bada Imambara.

The entire complex consists of the Imambara, mosque, and the Bhul Bhulaiya, perhaps the most interesting of all.

If covered thoroughly, it may take about 3 hours to cover all nooks and corners of Bada Imambara. For those looking for a 24 hours Lucknow itinerary because they have limited time in hand, a one hour tour of the Bada Imambara is what I personally recommend. 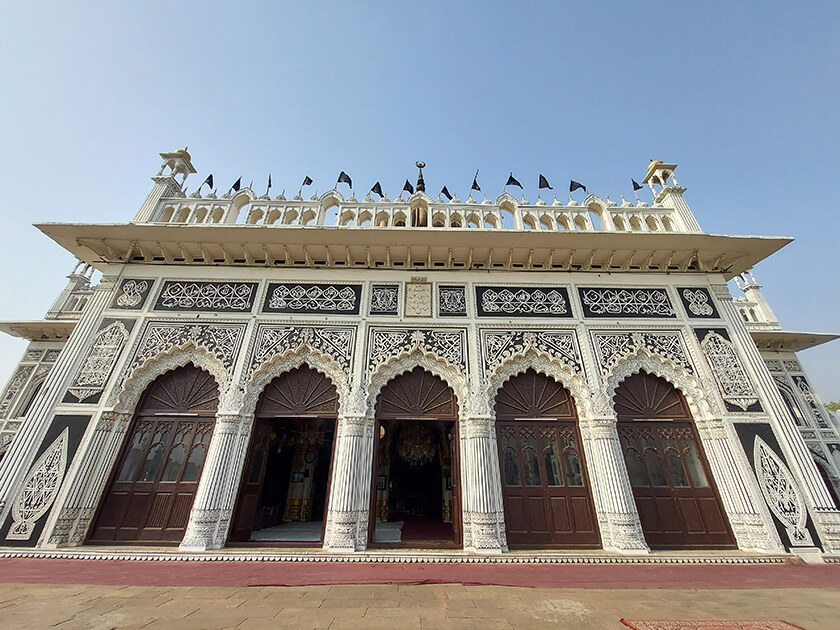 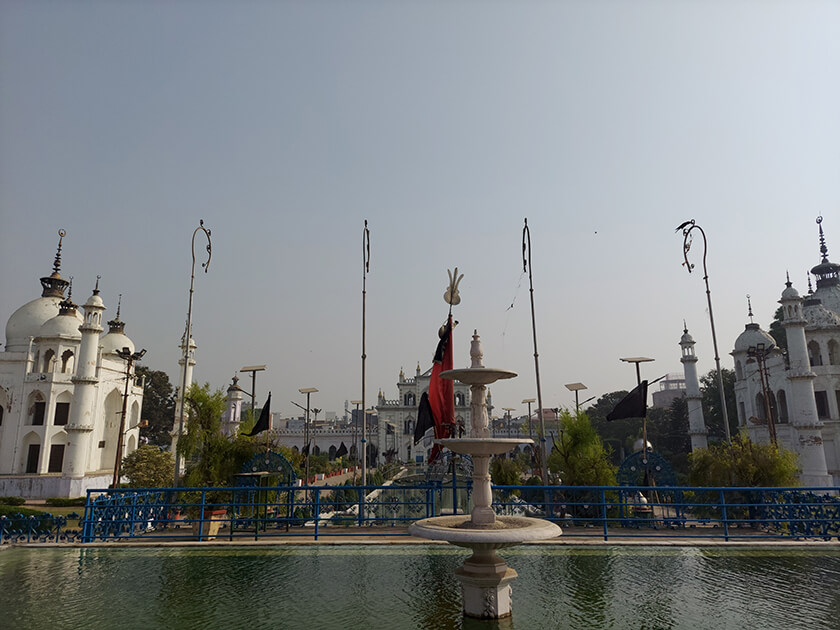 Built by the third Nawab of Lucknow –  Nawab Muhammad Ali Shah in 1838, Chota Imambara was meant to be a religious monument for the Shia Muslims.

Besides being the place of the congregation during Muharram, it also houses the Tazia — the graves of their religious leader and is carried in the Muharram procession after an elaborate decoration.

It is quite an experience walking and exploring the premise of Chota Imambara. Think of it as a small scale copy of the Taj Mahal. One can find souvenirs from over 30 countries across the world placed in the inner sanctum of Chota Imambara. 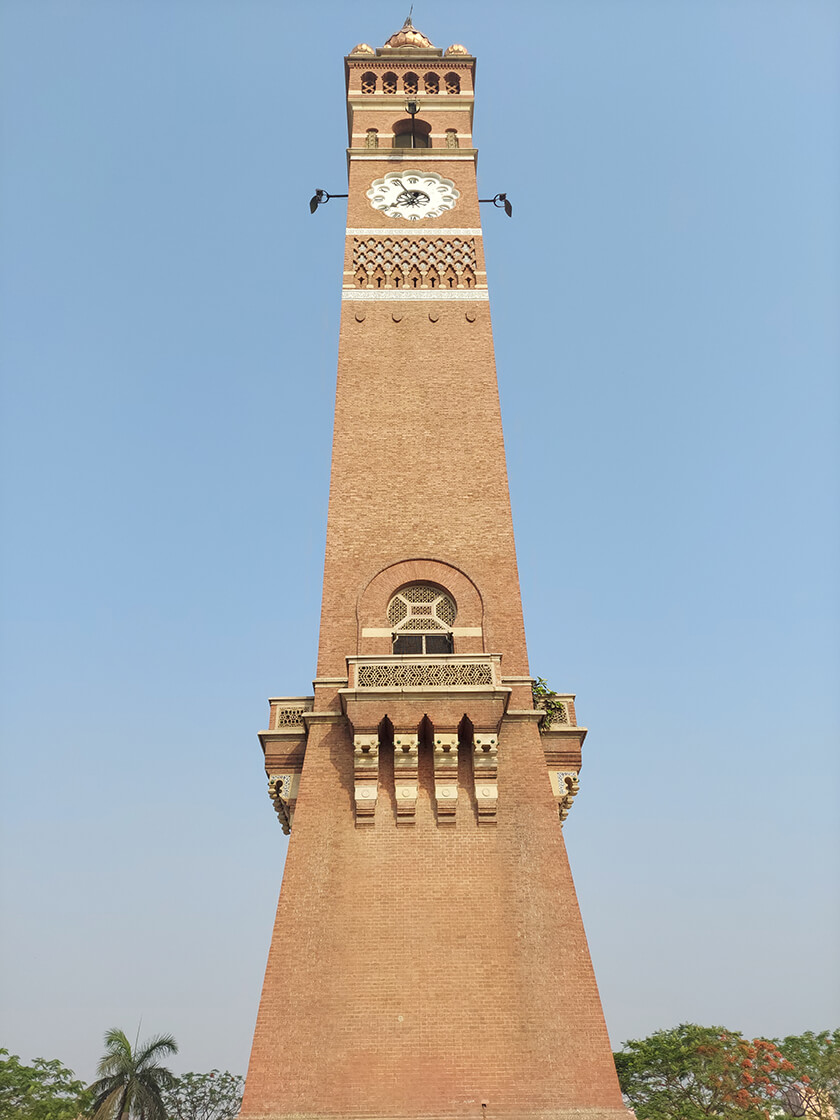 Also known as the Ghanta Ghar, Husainabad Clock Tower is a 67 m tall structure constructed by Nawab Nasir-ud-din Haider in the year 1881. Displaying the finest works of art, the tower was built to commemorate the arrival of Sir George Couper, the first Lieutenant-Governor of the United Province of Avadh. 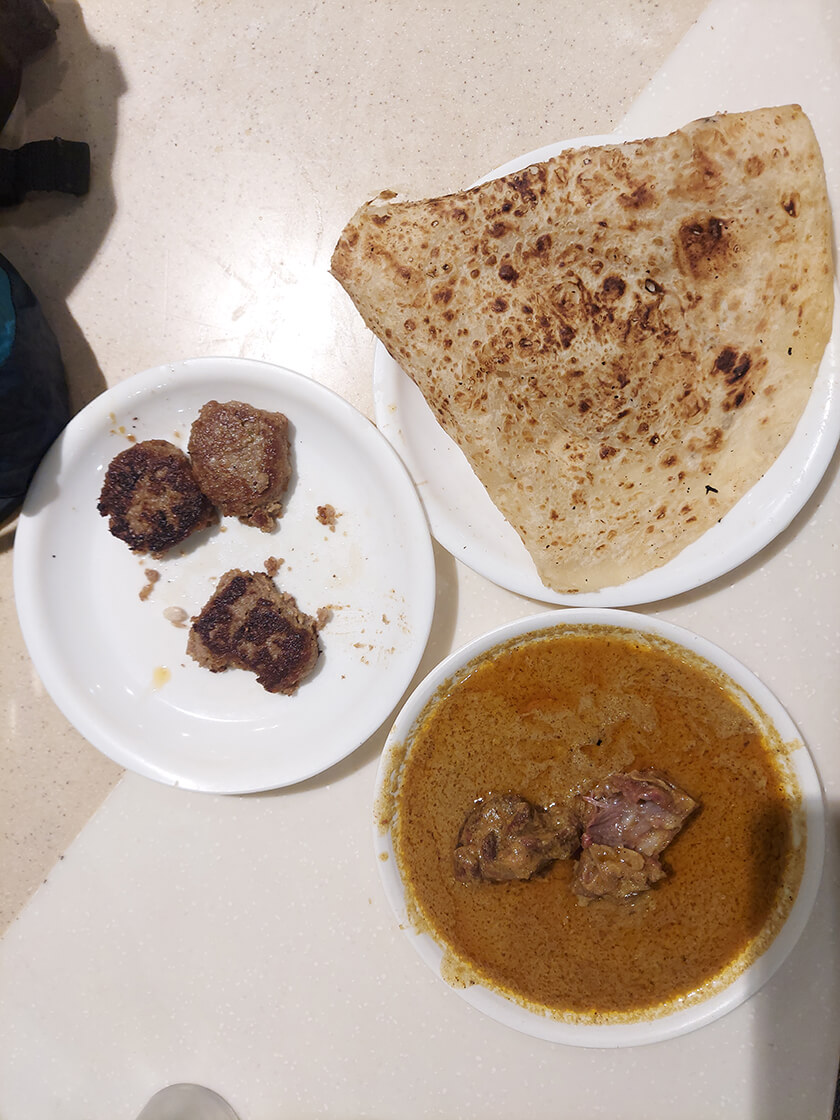 Head To Tunday Kababi For Lunch

Once you have covered prominently highlights of the Husainabad Road, head towards Old Nazirabad, Khyaliganj, for some mouth drooling food. Popular across India, Tunday Kababi is a legacy food.

There are a few Tunday Kababi in Lucknow. The one at Old Nazirabad serves the best food.

The Residency Lucknow is best described as the living quarters of the British General – a representative of the British East India Company in the courts of the Nawabs. 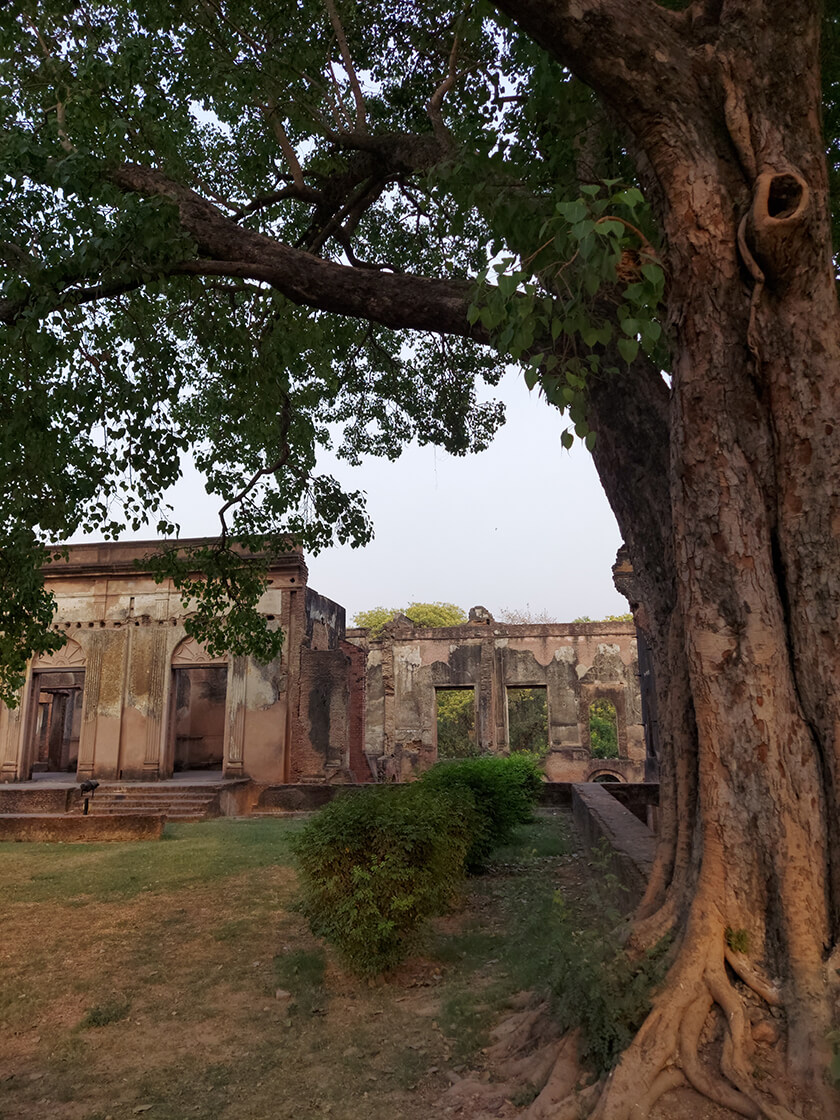 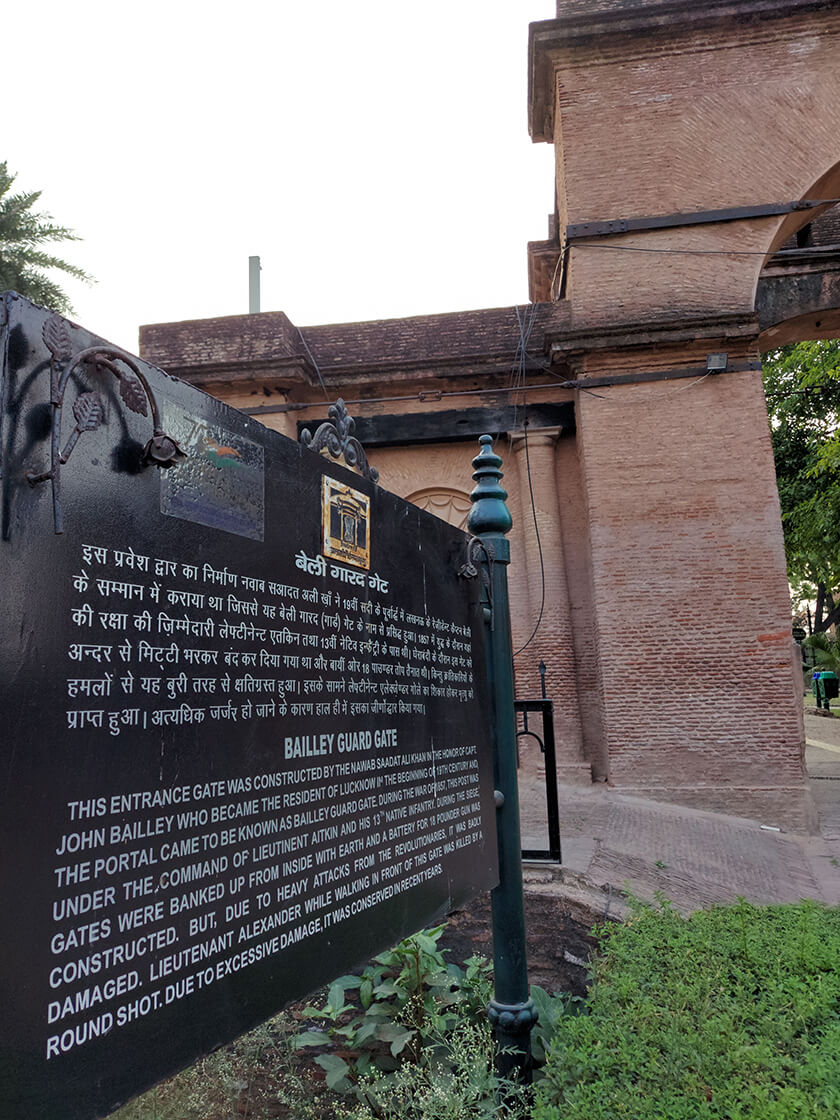 Where the heritage sites like the Chota and Bada Imambara leave the tourists awestruck, a trip to The Residency Lucknow leaves people with mixed emotions. While on one hand, visitors get an idea of the grand life that the British led, on the other, it also develops a vague idea of the freedom struggle and the siege that this place has witnessed.

There is no denying that The Residency Lucknow is an integral part of the city and a definite must-visit when here. 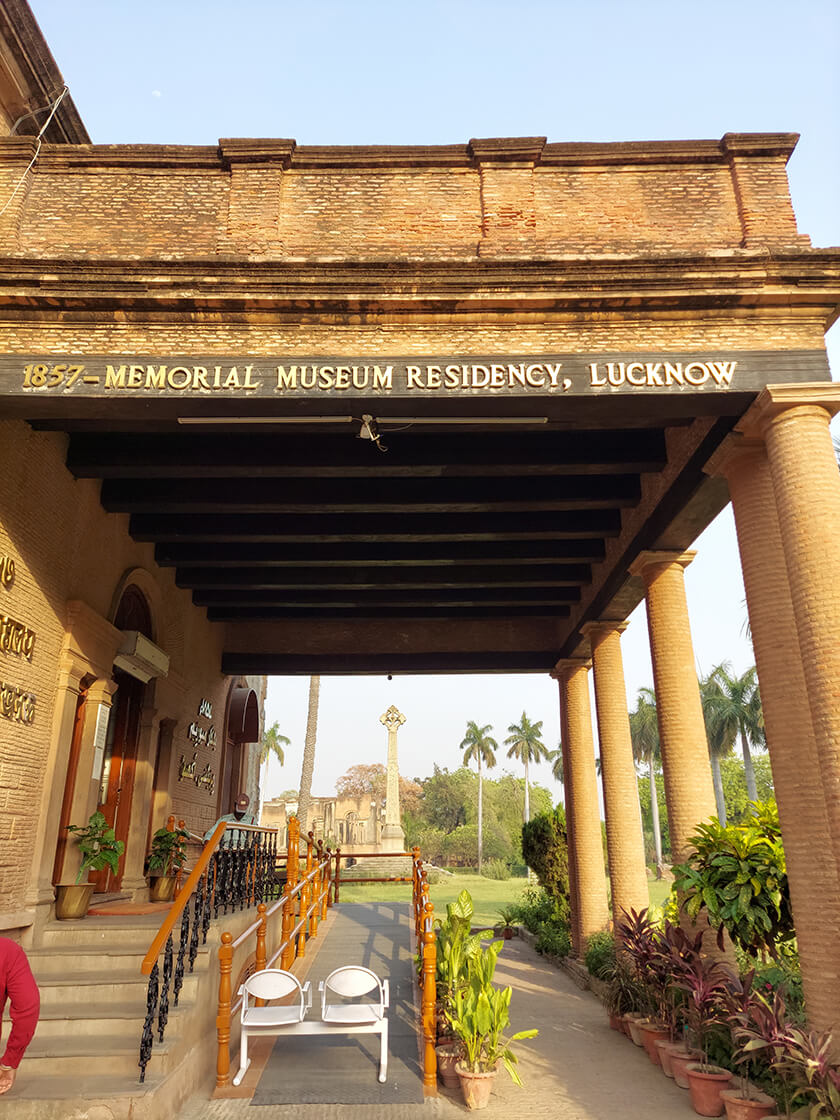