A few months ago, while backpacking through Southern India, I met a group of college students who were on a holiday. They found it intriguing that I have quit my job to travel. During our 10-minute conversation, one of the 3 girls in the group asked if I ever found solo travelling risky. A few assuring points, from my side, and the girl whispered, sounding unconvinced, “Yeah, but women travel in a different world than men do”.

I think I couldn’t understand her at that time. I think I can’t understand her now. When it comes to solo travelling and women, things become a lot more complicated. Women have to deal with a completely different set of anxieties than men. Some fear for safety, some for public opinion. “You get a lot of unwanted attention,” someone once wrote me in comments. And I couldn’t agree more.

Travelling as a woman can be tough. No one can deny this fact. But I’ve met an uncountable number of women, in different parts of the world, and in India too, who was travelling solo. They looked beyond and dared to challenge common beliefs. Here are 4 such solo women travellers, whom I met on the road. They saved up money, conquered their fear and defied false beliefs.

Vanessa, 36, from Mexico City, has had a long history of travel. She did her first solo trip back in 2005 when she graduated as an Architect. Her interest in Architecture pushed her to explore the world, she had only read about in books. “I wanted to explore them and feel the space. And after the first trip out outside my country, I said to myself – I haven’t seen anything, I want to know my own country, I want to know the world.” 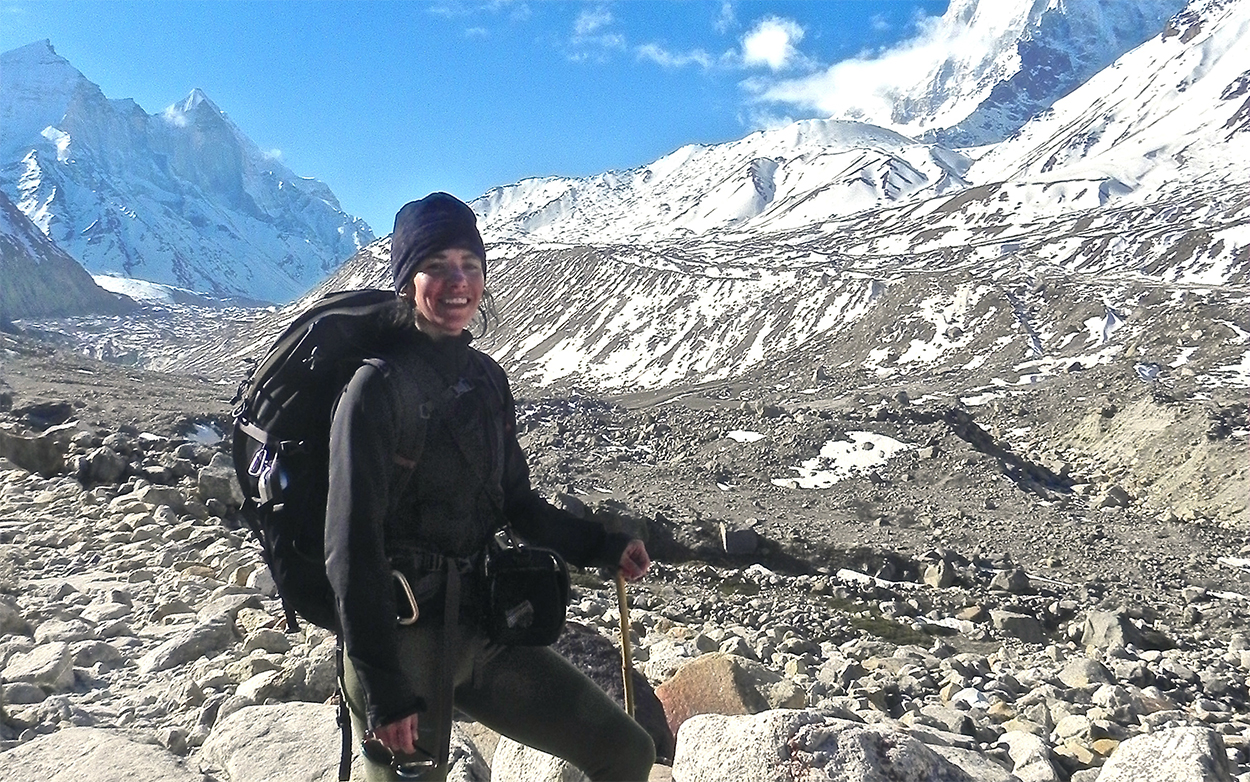 And that was the beginning of it. She soon quit her government job, gave up her home, sold most of her stuff and became a nomad. In 2007, she came to India for the first time and fell in love with the country. Since then she’s been travelling to India regularly, often alone. To sustain her needs, she has adopted a lifestyle where she does temporary jobs for 6 months, save money, and then travel the world, for the rest 6 months.

“Traveling has become a part of my life. In my experience, travelling makes you receptive and open to possibilities. Encounters with wonderful people give you moments of enlightenment. After each trip I experience a process of detachment because I always end up in a place and among people I never wanted to leave. I learn from each experience.”

What Does Travelling Teach Us: Travelling helps in introspection. Happiness follows thereafter. As a solo traveller, I believe travelling is not as easy as it seems. One has to encounter regular challenges. But these challenges only prepare us for better and make us the person we are.

Your Solo Travel Tip For Other Women: As a woman traveller, it’s better to do general research before travelling to a country, especially if you’re going to one of the oriental countries, where women’s way of life is totally different to what we are familiar with, in the West. But as a woman, it is also easier to speak with other women and understand them well, who in my opinion, are the building blocks of a culture.

Wendy, 49, is an Australian woman born in the UK. She has always had a passion to travel and had never felt “settled” in one place. Although she loves coming home to her own space after a long trip, moving places is what she thinks she was born for. 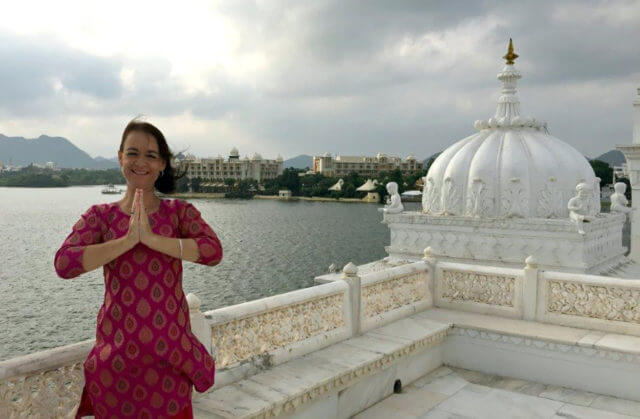 “I first travelled solo when I was 21; I left in the middle of a Veterinary Science degree to travel for a year… and came home 8 years later! This involved travel mainly through Europe and America and working in different countries before meeting my English partner and having 3 children. Initially, it was tough to travel, having kids. But as my children all journeyed into adulthood, I rediscovered my passion.  Last year I travelled solo around India for 2 months.

“Travelling as a more mature woman can be challenging and I have often been judged for leaving my family and am often asked the question ‘but where is your husband!’  I do it anyway”

She is now planning her next trip to South America for 6 months, starting in Mexico and heading down through Costa Rica and explore the countries of this diverse continent.  Watch this space!

What Does Travelling Teach Us: Some of my most profound experiences have come when I am lost in a place where nobody looks like me, speaks my verbal language, or understands my body language and yet from this place of vulnerability we manage to communicate and I am gifted a meal, a bed, or a lift to a place where there are people who do understand me!  Finding our common humanity underneath our difference makes my heart sing. And travelling is all about finding common humanity. It teaches us that.

Your Solo Travel Tip For Other Women: I believe everyone travels for different reasons and in different ways, so I am not usually one to give tips, however, my biggest encouragement would be to follow your dreams, face your fears and JUST GO!  The world is not nearly as scary as the media make it out to be, and by following your intuition and some common sense, adventure and excitement are out there!

“When I first left home in 1988 there was no internet, no skype or google maps…I jumped with a leap of faith and have never looked back.  Start somewhere you feel comfortable and then venture into deeper waters. You may find you are a stronger swimmer than you ever thought possible.”

The writer went astray, Neetole, 27, has worked for Times Internet Limited (TOI digital branch), Tehelka and Youth Ki Awaaz in her career. But that is the past. She quit her job in June, this year before she started travelling full time. She has big plans. She dreams to be the next Paul Theroux. 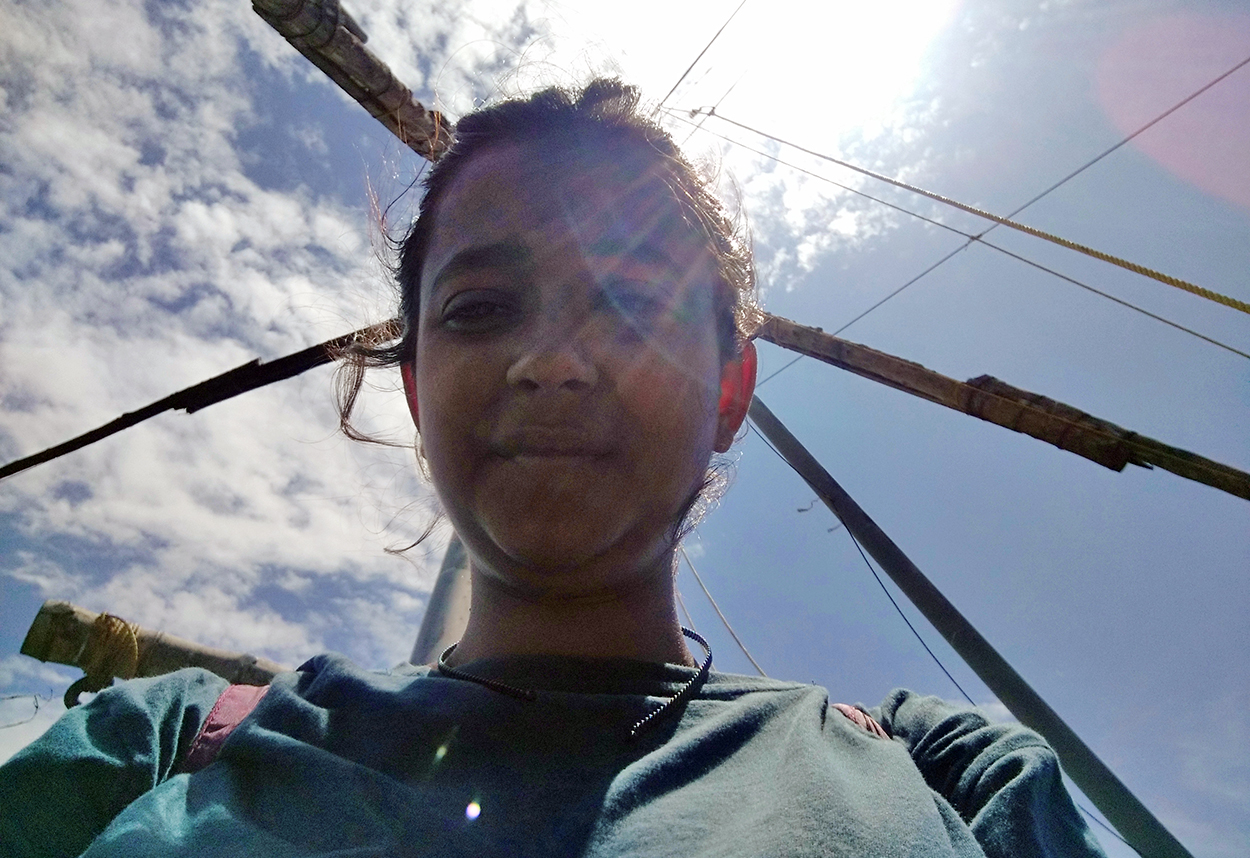 “I have a bug in me. I can’t stay put at one location for too long. I’ve done that for a very long time. But have always found myself with a running film in my head wondering what the rest of the world is up to while I wear off my butt muscles sitting on a chair in some office in one corner of Delhi trying to focus on making someone’s business a success.”

What Does Travelling Teach Us: I travel to bring out the best and the worst in me. I travel to love the differences and also be shocked by it. I travel to challenge myself. To create a daily dose of adventure for myself and to drift from here to there collecting stories. I can tell in all the ‘parties’ where people sip margaritas.

Your Solo Travel Tip For Other Women: Everyone will have a different set of rules for you. A set of ‘safety’ advice. Such as it’s not safe to stay here. This is not a tourist place. It’s not okay to wear that here. Or it’s not okay to speak like that. People here are not used to feminism or some such nonsense. Balls to that. Make your own rules yo. That’s the point of travel anyway. If you find yourself confirming then know that you are doing it wrong.

“Remember, bad decisions always lead to good adventures; And people are not as bad as you think they are. Trust them. Talk to them.”

Léa, 23, from France, had just finished her Master’s degree in Intercultural Relationships, when she got a six-month internship in Vietnam – a perfect excuse for her to amble.

“I’ve always travelled in my life, first with my parents and then with friends, and a later, alone. I like the idea of exploring new cultures and meeting interesting people on the way. Whenever I have some money, I spend it travelling.

So far Léa has had different sources supporting her travels. And she is into budget travelling.  “I save money to travel from every job I do. A part-time job during studies helped me a long way. I think travelling is the best investment, you do for yourself, so I ask my family/friends to not waste money on useless birthday presents, rather give something which helps me in travelling. Recently I was lucky enough to get an internship in Vietnam for 6 months. I used it to explore Vietnam, and a few more countries in Southeast Asia.”

What Does Travelling Teach Us: Travelling, for me, is all about exchanging experiences with people you don’t know or who have a completely different way of life. Travelling is a way to step back from your cultural beliefs, which is just a tiny little piece of the whole world puzzle. Travelling teaches me to be more humble and become a better person. And the adventure in it, is just addictive.

Your Solo Travel Tip For Other Women: Two things. One: Take your time, go step by step. For example, the first time I went for solo travelling, it was for just a week, and in Europe – a region I knew well. Then I moved to Vietnam with a friend. Six months later I travelled solo for 20 days. Going slow made me confident. And feeling confident is important.
Two: Don’t get too paranoid about safety. Be cautious about it. But don’t let the entire “unknown dangers” spectrum make it too tough for you to travel.
Last but not least, remember that travelling alone means you will never be alone. During my recent three-week travel, I met Dutch, Indian, Italian, Irish, French, German, English, and people from other countries. I had never spent a day alone, except for once! Just keep smiling, be open to speak to strangers, and you won’t have a problem in making many friends.

Remember, this world is not as bad as you thought!