Assam is a rewarding paradise for forest and wildlife lovers with uncountable places like Gibbon Wildlife Sanctuary for one’s disposal. Travel 100 km in any direction and you stumble upon a canopy of green, a forest so dense that you won’t be able to see the sky.

During my recent travels to Majuli Island in Assam, I happened to visit one such wildlife sanctuary that was special in many ways.

Gibbon wildlife sanctuary, or Hoollongapar Gibbon as locally known, is popular as a place where you can spot India’s only ape species — The Hoolock Gibbons.

But it wasn’t the apes that made me want to visit the sanctuary. The fact that the forest inside the Hoollongapar wildlife sanctuary is so dense that the only way to explore it by a walking safari was the original reason.

Other than The Hoolock Gibbons, there are leopards, elephants and other wild animals too. 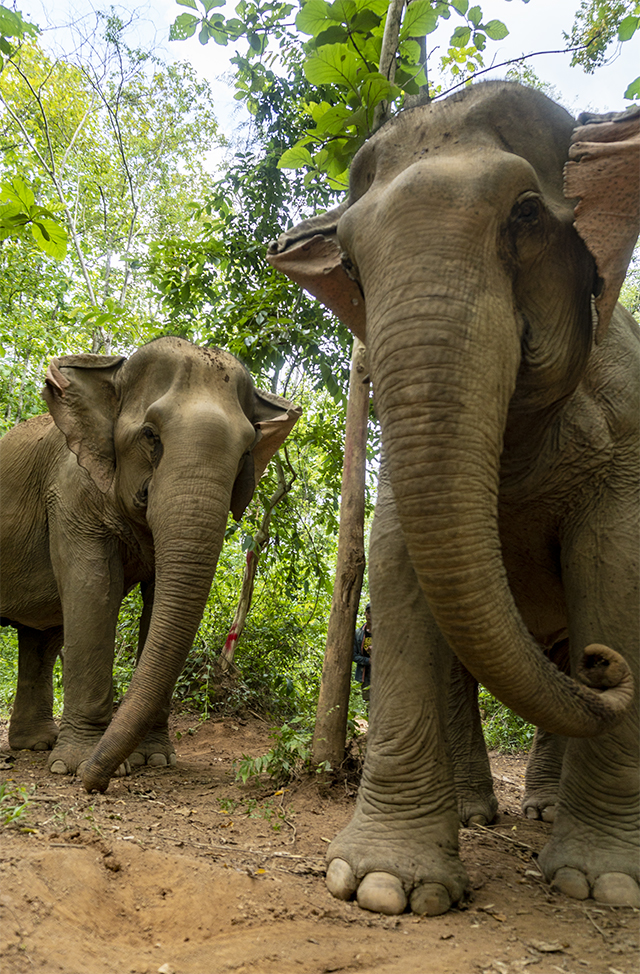 Declared a sanctuary in 1997, the Gibbon Wildlife Sanctuary was once an extended forest connecting Assam with Nagaland. But with the aggressive expansion of tea gardens and human settlements, the park got fragmented and isolated with the connecting forests. Railway lines passing through the sanctuary further fragmented it.

So what’s left of the park (only about 200 hectare of land area) is an extension of dense northeast with some of the rare animal species, flora and fauna and birds.

The remaining bit of the forest is protected today as a part of India’s rare wildlife reserve.

Gibbon Wildlife Sanctuary is now the only home to India’s own apes the western Hoolock, as well as the only nocturnal primate in northeast India, the Bengal slow loris.

Other species include Indian elephants, tigers, leopards, jungle cats, wild boar, civet and other things. At least 219 species of bird and several types of the snake also live in the park.

The Gibbon Wildlife Sanctuary has a rich diversity of flora too with different canopy layers. The tall Hollong Trees (that go as high as 90 feet from the ground) form the upper canopy of the forest and this where you find most money species. Middle canopy is dominated by the Nahar trees at around 30 feet. The lower layer of canopy is made by shrubs and herbs. 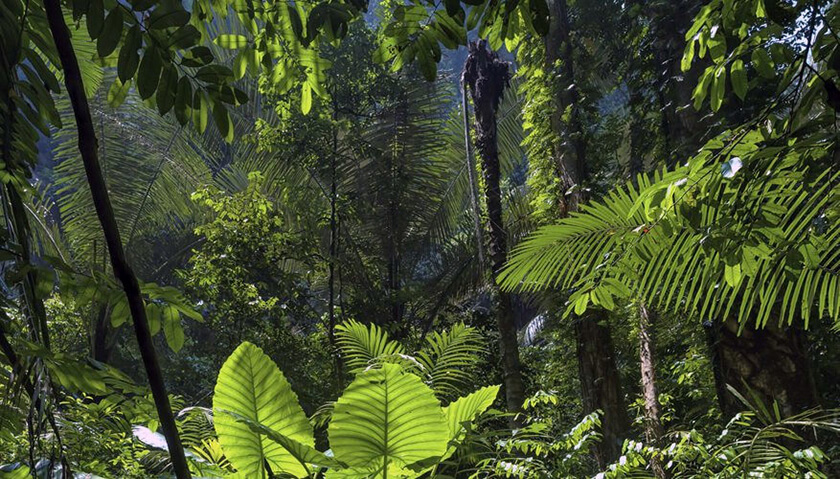 You can walk around the jungle for an entire day (or even two) and keep spotting different plant and animal species. And with all the effort you do with your feet makes it an even better experience.

If you’re visiting the eastern region in Assam and want to explore a national park Gibbon wildlife sanctuary is an ideal place. Another national park in Assam worth visiting is Manas National Park that I happened to visit during a blog trip with Assam tourism.

And the fact that no vehicle can enter the park because of natural reason makes the park safe from any commercialization at least in the coming years. 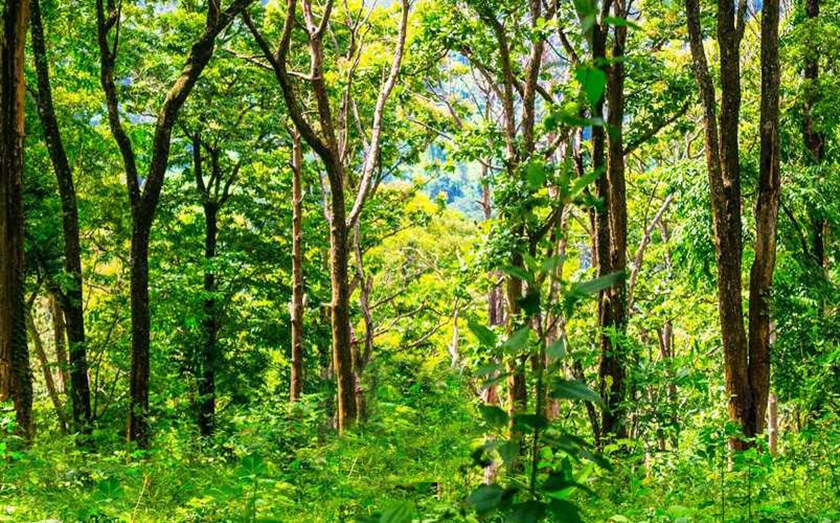 How To Reach Gibbon Wildlife Sanctuary

If you’re coming from Majuli Island, all you need to do is catch a shared taxi or a tuktuk from Jorhat to Mariani. From Mariani, the sanctuary is only 5km away and ready to hire tuktuks can be readily hired for only 120 Rupees.

If, however, you’re coming from someplace else like Guwahati, go straight to Mariani. Mariani also has a big train station and have regular train connections from Guwahati or Tezpur. 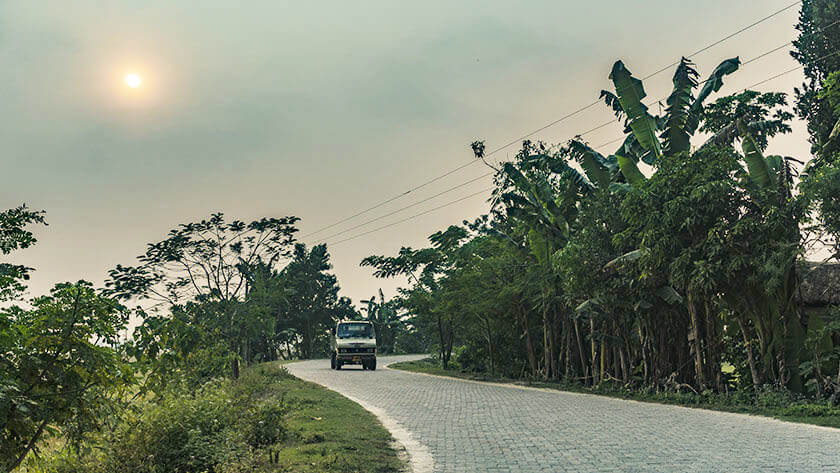 Where To Stay In Gibbon Wildlife Sanctuary

If you’re looking for a place to stay inside the premises of wildlife sanctuary you only have one basic campsite called Gibbon Eco Camp that comes at a price tag of 1000 Rupees per night.

So if you’re travelling on a budget, stay in Jorhat on a much cheaper price, do a day trip to Gibbon wildlife sanctuary and enjoy the exclusivity of the park.

If, however, you want to wake up to the sound of the birds (which is always a nice thing to do and one of the reasons why someone visits a national park) make Gibbon Eco Camp your home. 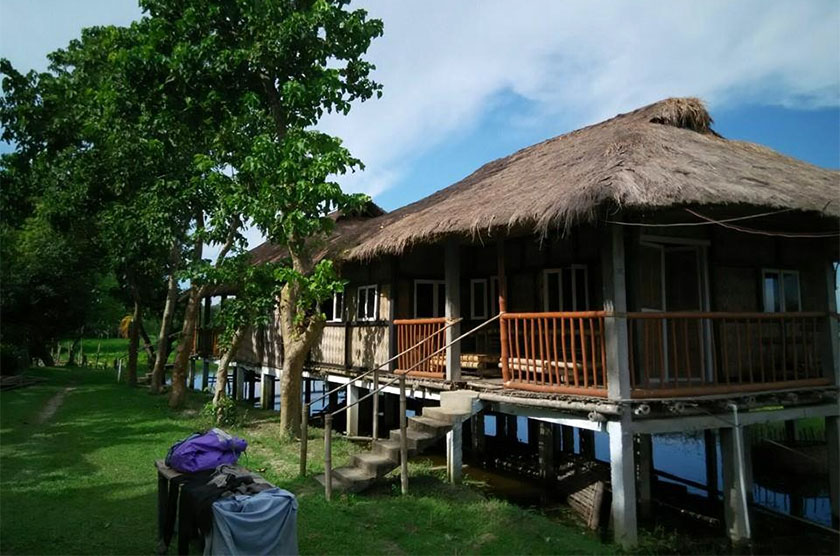 It is mandatory to have a personal (or a group) guide to walk inside the sanctuary.

Entry to the park costs 250 Rupees per person, with DSLR camera fee being 500 Rupees. Professional filming is not allowed unless taken prior permission.

Wake up and hit the forest trail as early as possible. There are no strict entry and exit timings. Early Morning is always the best time to spot the Gibbons.

If you’re visiting on a day trip, it’s best advised to plan your trip in advance, as prior permission from the Divisional Forest Officer is required to visit this Sanctuary. The permission can be obtained on the spot as well, at the entrance of the sanctuary.

The best months for travelling Hollongapar Gibbon when the chances of spotting wildlife are highest is between June to July and November to March.

Do wear leech socks and carry salt to sprinkle on any leech bite. The Gibbon Wildlife Sanctuary becomes highly prone to a leech bite during and after the monsoon, making August and September the least suitable months for a visit.

Disclaimer: The prices mentioned in the blog might have changed. Please cross-check before your visit.